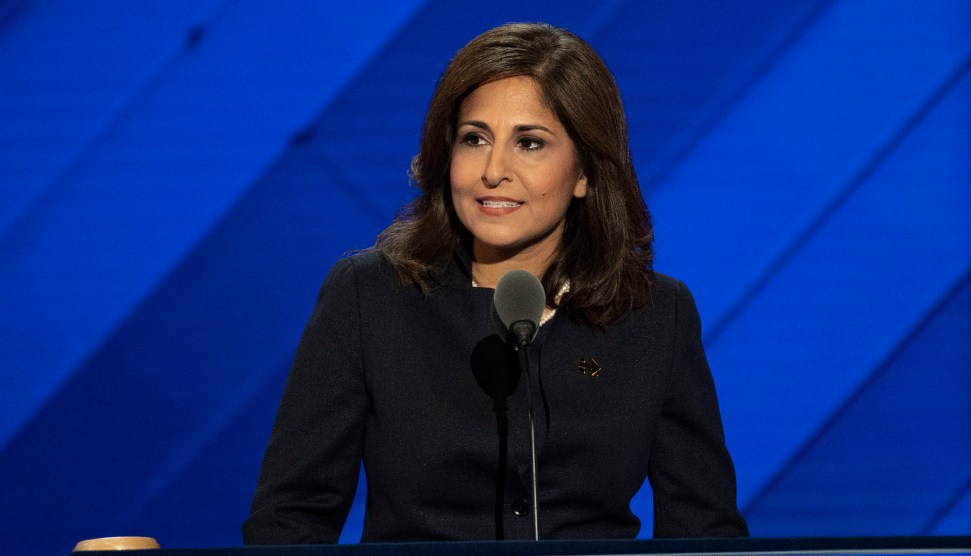 Be afraid, be very very afraid that this woman is in charge of the federal budgeting process.Ron Sachs/CNP via ZUMA

Here is Jim Geraghty writing in National Review about Joe Biden’s Cabinet choices. He says they were going fine for a while, but then Biden went nuts:

First, Biden nominated Neera Tanden to head the Office of Management and Budget, a combative figure who has alienated policymakers and activists on the left, right, and center. Then Biden nominated California state attorney general Xavier Becerra to be the next secretary of Health and Human Services. As John McCormick lays out, in Becerra, Biden has selected a hardline partisan with no health-care experience to run HHS during a pandemic.

….Personnel is policy. Biden may envision a calmer, less contentious, less partisan start to his presidency, but Tanden and Becerra in particular are not the figures that are likely to make that happen. Ross Douthat warns that a “Becerra-fied Democratic presidency, in which the bureaucracy is using ‘public health’ as an excuse to battle gun owners one week and Catholic hospitals the next, will be successful only in keeping the conservative coalition united, loyal and activated.”

First of all—and yes, I’m serious about this—it’s actually nice to see ordinary old griping like this. After four years of Donald Trump’s lunacy, old-school partisan attacks like this are sort of refreshing.

On the substance, however, can I say that it’s a little rich for conservatives to be complaining that Biden has the gall to nominate a few partisan fighters to his Cabinet? I mean, after four years of Seema Verma being in charge of CMS; two years of Mike Pompeo being in charge of the State Department; Bill Barr (!) as Attorney General; Eugene Scalia at Labor; Scott Pruitt at EPA; Mick Mulvaney at OMB; and too many others to count—after all that, plus random firings of anyone deemed insufficiently loyal to the cause, we’re now complaining about Neera Tanden? Please.

Still, Geraghty inadvertently brings up a disturbing point. Back in the days of dinosaurs, it was standard practice for the Senate to allow a president to have a Cabinet of his choice. I mean, that makes sense, even if the president is from the opposite party. It was sort of traditional for one candidate to blow up over some minor scandal or another, but once that scalp was taken, everything else went pretty smoothly.

Is that tradition gone? We’ll see. But there’s more to it. Cabinet officials generally got confirmed because they’re in the media spotlight and no one really wanted to look like partisan hacks opposing them just for the sake of opposition. But there are thousands of other appointments at lower levels who are critical to carrying out a president’s agenda. Those are very definitely not in the spotlight, and if a Republican Senate decides to stonewall these appointments the consequences could be pretty dramatic. The old appointees will mostly leave, but if new ones can’t be confirmed then we’ll be left with a huge number of important policy positions being run by civil servants in acting positions. This is something to watch very closely after the drama of the Cabinet selection is over and everyone settles down to routine business.