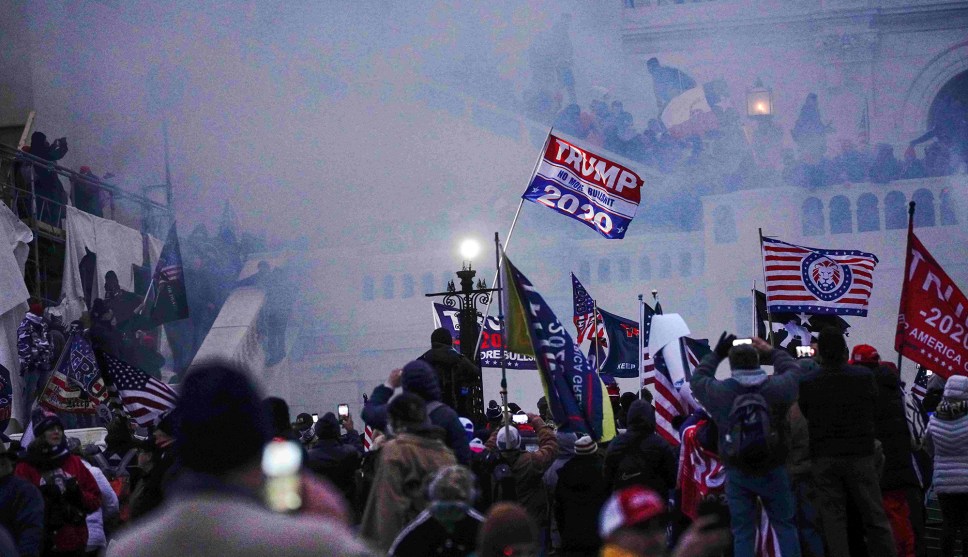 After seeing first hand the consequences of its primetime hosts promoting conspiracy theories about the election being stolen, Fox News is taking a step back. In a memo to the Fox News staff, CEO Suzanne Scott announced a reorganization of its news shows designed to turn down the outrage dial a bit. “Recent events have stunned everyone,” the memo says, “and we need to understand the role we played in this.”

Ha ha ha. Did you believe this? Sucker. The only true part is that Fox News did announce a reorganization. But it was designed to turn up the outrage dial:

The major change for Fox News is the move of “The Story With Martha MacCallum” out of its 7 p.m. Eastern time slot to make way for a new opinion show, tentatively named “Fox News Primetime,” which will have a rotating group of hosts.

MacCallum’s program — which featured interviews with newsmakers and commentators — will air at 3 p.m. Eastern. “The Story” had seen its audience level fall in recent months as Newsmax, a competing right-wing channel, had gained viewers in the hour with its host Greg Kelly. While Kelly has never topped MacCallum in the ratings, his program has provided an alternative for the Fox News audience looking for solace after the election. Fox News viewers do tend to tune out after the election of a Democratic administration.

Overall, Newsmax has averaged around 326,000 viewers in prime time since the election, well below even the recent numbers of Fox News, which on Friday averaged close to 3 million viewers. Kelly, a former Fox News correspondent, has been a relentless defender of Trump’s attempts to overturn his election loss to President-elect Joe Biden, even in the days after Trump’s supporters staged a siege at the Capitol.

Believe it or not, this is actually true. Even after their coverage played an obvious role in triggering the insurrectionary mob that occupied the Capitol and killed five people—a number that we now know might have been higher if the mob’s leaders had been either luckier or more competent—Fox News has decided that three hours of incendiary rants isn’t enough. From now on, they’re going to air four hours of incendiary rants. And if that doesn’t provoke a full bore white people’s rebellion? Then I guess we’ll get five hours.

This is the kind of thing that leaves my jaw on the floor. Even for Fox News, it’s hard to believe. Seriously, who are the monsters running that place?