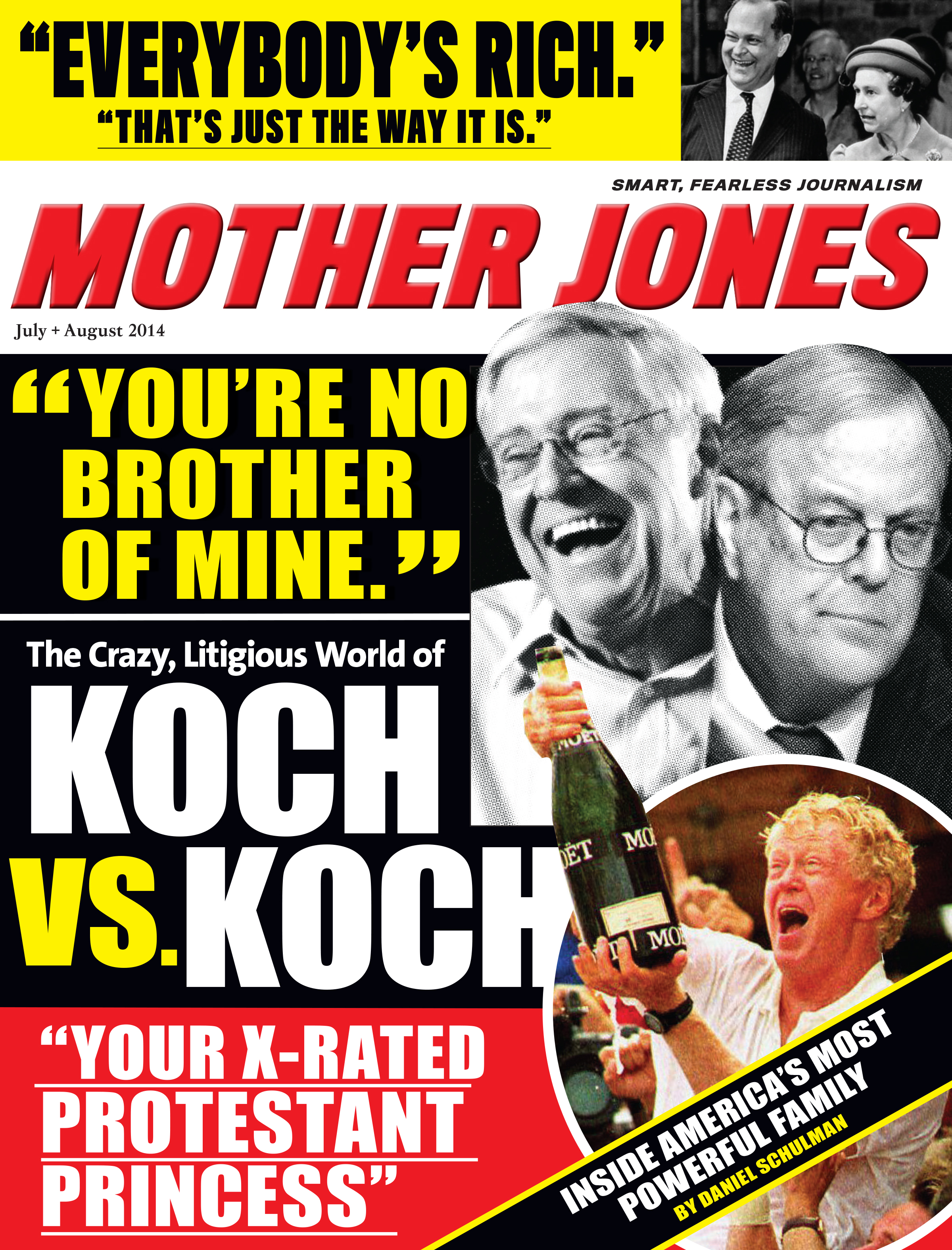 Michael W. Robbins (“Hell on Wheels“) is the editor of MHQ: The Quarterly Journal of Military History.

For his new book, Sons of Wichita: How the Koch Brothers Became America’s Most Powerful and Private Dynasty, 2 Daniel Schulman conducted hundreds of interviews with friends, family, and the eldest of the four Koch brothers (“Koch vs. Koch“); the piece’s art is by Miriam Migliazzi and Mart Klein, who are often, but not always, based in Germany.

3 Tasneem Raja (“We Can Code It!“) was first captivated by computers as a grade-schooler navigating the DOS command line to install games.

4 Jason Fagone (“The Defenders“) is a contributing editor at Wired and the author of Ingenious, a book on inventors and the future of cars; 5 Tristan Spinski reports that Charles Bronson “would have to stand on his mom’s shoulders to measure up” to the ex-cops he photographed for the piece.

6 Ian Gordon‘s reporting on immigration (“Children Crossing“) was supported by the French-American Foundation.