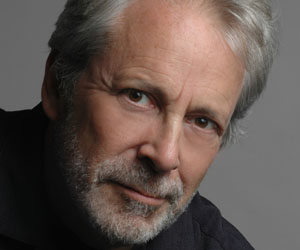 Mere semantics? Hardly. Linguist Geoffrey Nunberg knows words are more powerful than we give them credit for. A professor of linguistics at the University of California-Berkeley, Nunberg has been a regular contributor to the National Public Radio program Fresh Air since 1988, and he is the author of several books—most recently, The Years of Talking Dangerously, a collection of his commentary from the Bush years. We chatted with Nunberg about the panoply of terms for our financial woes, Obama’s task of de-nerding the Democratic discourse, and why Twitter might be the best thing that has ever happened to the English language.

Mother Jones: Credit crisis, credit crunch, depression, recession, slowdown, downturn—why do you think we have so many terms for our current financial situation?

Geoffrey Nunberg: To a large extent, the uncertainty about what to call it has a lot to do with the uncertainty about what it is—and how optimistic or pessimistic you are and what you have done with that 401(k). The word “recession” was originally introduced as a euphemism for “depression.” And very quickly those words acquired the connotations they were designed to escape. I’m kind of nostalgic for the days when we just called them “hard times.” The new language gives an aura of precision that really isn’t justified. In fact, whatever economists tell you, words like “recession” and “depression” are really no more accurate and precise than “bad hair day.”

MJ: Have the words become politically polarized? Are some terms are more common among financial pundits on the right or left?

GN: I think both sides have an interest in avoiding the darker language. The Republicans because they started it, and the Democrats because they have to fix it. The thing about words like “depression” is that people fear they are self-actuating. If you call it a depression, whether you’re the administration or someone on the financial side, you’ll lower confidence.

MJ: Any thoughts on the torture semantics debate?

GN: You find people using these terms like “enhanced interrogation techniques.” In one speech Bush used the word “professionals” 26 times—the idea being not only that these people knew what they were doing but also that they weren’t taking any pleasure in it. The idea that these pudding-faced American kids who were working in McDonald’s a year earlier could be capable of that is very disturbing to a lot of people.

MJ: It seems like the media have really made a decision not to use the word “torture.”

GN: With a few exceptions—The New Yorker is one—the American media have almost categorically refused to use what Rumsfeld referred to as “the torture word.” From the minute that story broke, though, the European press had no trouble using that word or its equivalent in French and German and Italian. Even Rupert Murdoch’s Times. Even though the Fox network wouldn’t go near the word. So it was a singularly American refusal to address this as torture. It had partly to do with the ease with which the American media are cowed by pressures from the right. And afraid of being accused of bias.

MJ: How about the right’s current fondness for the word “socialism”?

GN: That term was part of the Republican lexicon for years and years. Any time the Democrats proposed any legislation on child labor, social security, the Republicans immediately cried socialism—to the point where in 1952 Harry Truman said that when you hear someone saying “down with socialism,” they really mean “down with progress.” Within 20 or 30 years, the word “socialism” had pretty much vanished from the lexicon of the right. Bush and Cheney never talked about socialism. So it’s a very recent reinvention, and one that came late in the campaign. They went after Obama: “He’s a celebrity,” “He’s elitist,” “He’s out of touch,” and “Oh. By the way, he’s a socialist.” It may have had to do with the realization that the traditional cultural politics weren’t working in this campaign, and the need in some way to turn the discussion to the economic issues in a way that would be favorable to the Republicans. It may also have to do with a kind of psychological state the Republicans are in right now. When a party suffers this kind of defeat, there’s a part of it that folds in on itself to lick its wounds and becomes even more strident in its language.

MJ: Do you think the way Obama talks has changed since his campaign days?

GN: He’s certainly more careful now than he was, as any president has to be. And he tends to be less rhetorically extravagant than he was during the campaign. He’s really going to have to come up with really evocative language. We’ve had the winter of the nerds, the winter of the wonks. In the last six months people have been so concerned about the economy that terms like “legacy assets” have dominated the discussion. If Obama wants to put over his very ambitious plans of health care, he is going to have to come up with language that is more evocative. It’s going to have to be language that not just he can wield, but that the ordinary Democrat that lacks his charisma can deploy, too.

GN: I think George Bush was very good at being George Bush. He controlled certain linguistic gestures that worked to his advantage. He used “see” as if he were clueing in people on something they didn’t already know. “See, we want freedom.” Or “See, the American people want jobs.” That was very effective for him. He didn’t speak in the complicated, convoluted syntax of John Kerry. That wouldn’t have worked for him. But under the right circumstances, he was capable of communicating. I think he got very bad press for linguistic stumbles and malaprops and so on. That shouldn’t have counted against him one way or the other as a politician. I don’t make a case for being inarticulate. But I also don’t know that you should hold it against someone. We tend to look for a level of Churchillian eloquence in our leaders that may or may not make them good leaders. I wouldn’t examine the grammar of a CEO before deciding whether to invest in the company’s stock.

MJ: If George W. Bush didn’t dumb us down, then will Twitter?

GN: It’s just silly to imagine that this form of communication could have any effect on language. The English sentence has done very well for itself over the last thousand years or so, and it’s not about to autodestruct because kids have suddenly started to text message each other rather than passing notes under their desk. In fact, what we’re taught in school—the gospel according to Strunk and White—is to be concise. What imposes more constraints of conciseness than Twitter? So in that sense, Twitter could be the greatest thing that’s happened to English since print.

Kiera Butler is an associate editor at Mother Jones.