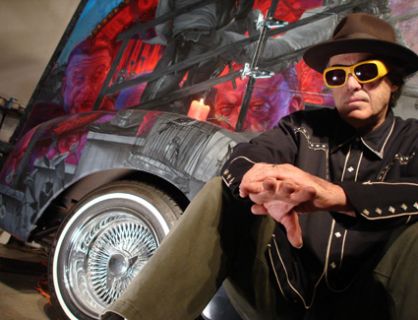 A stifling, stormy wind is blowing up a desolate Los Angeles beach. It’s late, and the driver of the defunct 606 trolley, freshly laid off, stops his coach here, the end of the line on his last nostalgic trip down the rails. He is listening to the waves and taking pulls from a bottle of Old Stagg. A beautiful young blonde, distractedly grasping a handbag, approaches and asks for a lift back into town. As they pull away, a body in a heavy overcoat sinks slowly in the surf.

The year is 1954, and no one would be surprised if the next grim mug to appear on the scene were that of Philip Marlowe, squatting in the sand and sucking a Camel. But this isn’t a story about a detective; it’s a story about a trolley driver. The author, Ry Cooder, puts his stock in the blue-collar underclass of the City of Angels, and the stories he tells are about their hard, bewildering lives.

Yes, that Ry Cooder, the one with the guitar. And yes, he tells stories: Last week San Francisco’s legendary City Lights Publishers, home to the likes of Lawrence Ferlinghetti and Allen Ginsberg, released Cooder’s Los Angeles Stories, a collection of brooding short stories about the dark inner life of postwar downtown Los Angeles. The collection is a requiem to a city wherein the world’s tides swept together an impossibly diverse culture that was quickly squandered and homogenized by Hollywood and hit-hungry record executives.

It’s not surprising that Cooder sets his first fictional foray in the LA of his childhood: He’s a man with one ear cocked to the past. Cooder has spent his career telling the story of the world’s music and the kooky cats who play it. Over the past half-century, Cooder—whom Rolling Stone, for what it’s worth, has deemed the eighth-best guitarist of all time—has devoted himself to unearthing and revitalizing the roots of modern music, often with a slide on one left finger. He got his start playing the blues alongside the likes of Captain Beefheart, Neil Young, Taj Mahal, and The Stones. (The haunting slide guitar work on “Sister Morphine“? Yeah, that’s him.) More recently, he’s traveled the world to meet folk musicians and record their traditional styles, yielding jaw-dropping collaborations with the Buena Vista Social Club and Ali Farka Touré.

“What LA is now is appalling and unspeakable,” Cooder says. “I like to contemplate it as it used to be when I was a kid.”

But some stories are better on paper. Each of his vignettes depicts grimy, cutthroat, yet mystically vibrant scenes involving broke tailors, wise-cracking yet profoundly wise bartenders, and, of course, an astounding diversity of musicians—from panhandling mariachis to sexy young R&B singers. Some characters are straight-laced, trying to work a straight job, but most aren’t. As they witness murder, avoid cops, drive aimlessly around town, and struggle simply to make a buck, we see a side of Los Angeles that, as far as Cooder is concerned, no longer exists.

“What LA is now is appalling and unspeakable,” he told me over the phone. “I like to contemplate Los Angeles as it used to be when I was a kid. I remember it pretty well, and things that are all gone now, or different now, see?”

Cooder is an ardent reader of oral histories, especially those of long-gone musicians. There is something revealing in the way people used to talk “back in the day,” he says, a power of language that transports the reader back to “a simpler time.” Several years ago, while immersed in one of these oral histories, Cooder began to find himself imagining snippets of dialogue, snatches of scene, and writing them down. It’s the same process he uses for songwriting: Something comes into your mind, you jot it down, and with careful tending it will grow into a work of art. 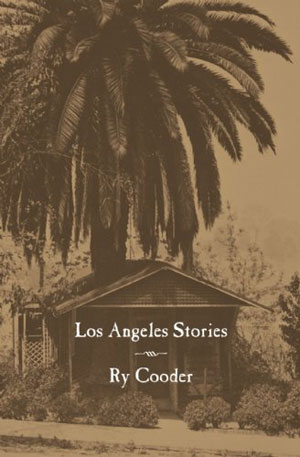 “Harlon Howard used to tell this story of sitting in a bar,” Cooder says. “A drunk walks in with a girl, and the drunk says, ‘Well, pick me up on your way down.’ And Harlan hears this, and he wrote it down on a napkin on Monday, and by Friday it was recorded and out. That’s how that sort of works. I take notes on things that occur to me, or that pop up from photographs, or any kind of suggestion, see? I think it’s the same exact frame of mind [as playing music], really. On any given day, if I play the guitar, I can put myself somewhere. I always thought, ‘This is the way you go.’ It’s like a magic carpet, see?”

That magic carpet takes readers to a noir landscape where extraordinary things happen to even more extraordinary people. The book, Cooder says, offers a glimpse of how musicians’ lived before big money got involved. “I always have felt that most people don’t have the first idea about what musicians, in the traditional sense—I don’t mean in the modern media fake way, but traditionally—what they went through, what their lives were like.”

Los Angeles Stories in an engrossing homage to them, and to everyone within their dusty, old-timey orbit. Nostalgia aside, the book is a deeply humane history of the time before instant pop hits and sprawling superhighways. As with his records, Cooder shows himself to be a sensitive student of cultural roots, and a delicate storyteller. And if, in their telling, a few wayward grifters must wind up on the floor of the Pacific, well, maybe the next lonesome ballad on late-night radio will go out to them.