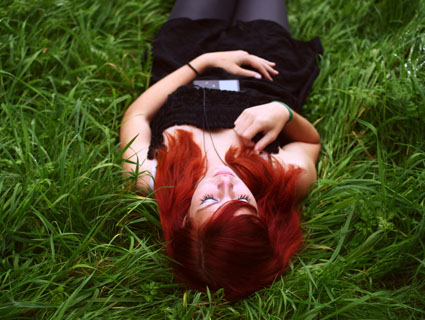 We Americans like to imagine ourselves as rugged individualists, but we haven’t truly struck out on our own until the past couple of decades. More than half of all adults—100 million or so—are currently single; about 1 in 7, or around 31 million, are living alone. In Manhattan and Washington, DC, single people make up half of all households. Nationwide, single people now outnumber nuclear families.

This shift, however, has not made American society more atomized or anonymous, explains Eric Klinenberg in his revealing book, Going Solo: The Extraordinary Rise and Surprising Appeal of Living Alone. In fact, Klinenberg, a professor of sociology at New York University (and a Mother Jones contributor), has found that the benefits of being single far outweigh the disadvantages. “Singletons” living by themselves report that they’re equally or more fulfilled than their more domesticated peers. They are more likely to have active social lives and to be engaged in their communities—so much for bowling alone. For instance, Klinenberg notes, “Women who live alone who are considerably more likely to volunteer than women who are married. Marriages are very greedy, especially with women’s time.”

Yet the unexpected plusses of living on one’s own are good news for all of us, whatever our current living arrangements: The typical American now spends most of his or her adult life unmarried and living alone. The impacts of this unprecedented change can be seen in everything from the battles over gay marriage and contraception to trends in child rearing and suburban architecture. Klinenberg spoke about the enduring biases against singletons, the environmental benefits of singledom, why single people aren’t yet a political force, and why being on one’s own is different from loneliness.

Mother Jones: There’s a popular idea out there that Americans are more alone and more disconnected than we ever have been before. Yet you found that being single—a “singleton,” as you put it—is not necessarily a recipe for alienation.

Eric Klinenberg: That was a surprise to me. I came into this project after writing a book about the heat wave in Chicago where hundreds of people died alone. The premise I began with was that the rise of living alone was making us more vulnerable. This incredible, terrifying study was published in the American Sociological Review showing that 1 in 4 Americans had no close friends or confidants, no one with whom they could discuss personal issues. That was a dramatic increase in isolation from just 20 years before.

I was really worried about this. But then I did more than 300 interviews with people who live alone at different ages, and I had a colleague analyze the General Social Survey, the most reliable survey of American social patterns. We discovered that, actually, compared to people who are married, people who live alone are more likely to socialize with friends and with neighbors; they’re more likely to go out into the public realm and engage with strangers. The real surprise was that they’re even more likely to volunteer with civic organizations.

MJ: Despite all the clear benefits of being single, there’s still a cultural bias toward marriage. Folks like Maggie Gallagher claim that being single is less healthy—that you’re more likely to die poor, unhappy, and of a heart attack. What’s your take on those criticisms?

EK: While there’s still a stigma around being single and living alone, it’s weaker than it used to be. In 1957, 80 percent of the people surveyed said adults who wanted to be unmarried were either sick, neurotic, or immoral. But there’s still a steady drumbeat from pundits and professors claiming the benefits of marriages and the dangers of being single. There are a couple of serious flaws with studies that show the benefits of marriage. First, it’s very difficult to prove that the reported benefits are the consequence and not the cause of successful marriages. The second thing is that an enormous number of studies on the benefits of marriage actually compare currently married people with never-married people and throw out all the people who got married and then got divorced or then widowed. Since it’s so easy to get out of a bad marriage, people who are currently married are by definition in successful marriages. 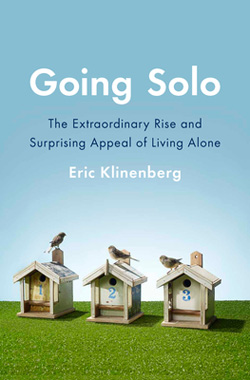 MJ: Another criticism of people living alone, though it doesn’t seem to be very widespread, is the idea that living by yourself uses more resources than pooling your resources by getting married and having children. You seem to think that’s a pretty weak argument.

EK: We need better research on this. People who live alone overwhelmingly tend to live in cities. They tend to live in apartments. They’re less likely to own cars. As individuals, on a per capita basis, their carbon footprint is surely lower than people who live in large detached single-family houses. Many people argue that Manhattan is the most environmentally friendly place in the United States. Manhattan is also the capital of living alone: Nearly 1 in 2 households are one-person households. I haven’t seen any evidence that individuals living in studios and one-bedroom apartments in Manhattan consume more resources than four people living in a suburban home with two cars and long commutes.

MJ: You also write that there’s a fair amount of discrimination against single people, what someone in the book calls “singleism.” What are its most predominant forms?

EK: An enormous number of singletons we interviewed said they worked in offices where their colleagues were predominantly married and their managers often expected them to do extra work late at night or on the weekends because they didn’t think they had other obligations. They respected the obligations of married people with children, but not singles who live alone. In some cases they reported that their bonuses were lower and their salaries were kept lower because their bosses did think they had the same needs as parents.

Another thing that singles and singletons often complain about is that they can’t pass their Social Security benefits on to the people who support them. Of course, unless gay marriage is made legal, there’s structural reasons that make this even more difficult for gay people.

And then there are a whole set of other issues, ranging from discounts that married people effectively get for insurance because it’s generally cheaper to add people onto one policy than for two people to get separate policies. There’s the very first-world problem of having trouble getting through a Manhattan co-op board. One woman I interviewed said her real estate agents told her she would never get through certain co-op boards cause they didn’t want to have single people in the building. They were thought to be too wild or unstable.

“Political parties have an incentive to appeal to [single people]. The problem is that most single people don’t identify that way politically; their political identity is not organized around their singleness.”

EK: About half of American adults are single today. Around 100 million people. So, clearly, the political parties have an incentive to appeal to them. The problem is that most single people don’t identify that way politically; their political identity is not organized around their singleness. They identify as pro-choice or as women or as African Americans, but not as single. That said, you can find certain segments of the single population that do have clear political preferences. For instance, single women tend to support reproductive choice, access to health care, gun control, and funding for public schools, and that gives them natural affinities to Democrats. The Democrats have woken up to this fact and have been working very hard to mobilize them.

MJ: It would seem that the current contraception issue is playing to the Democrats’ strengths.

MJ: You talk about how the typical middle-class upbringing encourages aloneness and gets kids thinking about spending time by themselves with everything from the way our houses are set up to the way we sleep-train our kids.

EK: First of all, the typical home throughout the Western world has gotten larger and larger; there are more bedrooms than people. The experience of having a private room as a child has become far more common than ever before in history. That new personal space in the home, coupled with the rise of personal media, means that increasingly Americans are alone even when they’re home together. It also means that a rising generation of young people is accustomed to going solo, and when they go to college they’re increasingly demanding single rooms rather than roommates.

The other thing is that throughout human history parents have slept alongside their infants. That was thought to be the ideal way to parent. The crib is a relatively new invention and in the last 50 years, since Dr. Spock, but especially since Dr. Ferber, parents throughout the Western world have been told that it’s selfish to keep their children close to them at night and that the proper thing to do is to give them at least their own bed and preferably, their own private room. Some psychologists tell parents that if they want their child to be closer to them they must have some personal psychological issue that needs to be treated. I’m not a psychologist, but to me this represents an extraordinary change in our ideas about how to parent.

MJ: You’re married and you’ve got young kids. Has your research influenced how much alone time you seek for yourself?

EK: When it comes to solitude, I’m in the lean years. But the truth is that my wife and I recognized the value of solitude enough early in our relationship that we actually wrote it into our wedding vows. Respecting the sanctity of each other’s solitude was something we promised to each other because we both believe that having time to ourselves makes intimacy more pleasurable.

My view is that it’s our interdependence that makes independence possible. When we’re connected and we support each other, living alone becomes possible. I write about the psychologist D.W. Winnicott, and I agree with him that, paradoxically, strong attachments give us the capacity to be alone. It’s when we feel confident that other people are there for us that we feel secure enough to go solo.