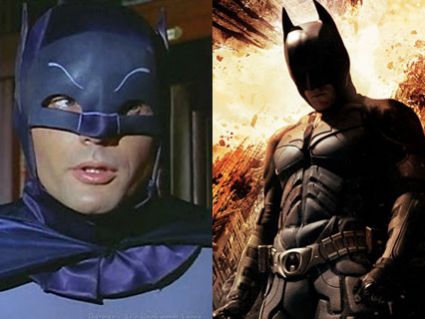 At the midnight premiere of The Dark Knight Rises at a theater in Aurora, Colorado, a heavily-armed gunman opened fire on the crowd and killed at least a dozen people in the audience and wounded dozens of others. A suspect was soon apprehended by police and identified as James Holmes, 24, of Aurora. For updates on this tragedy, click here.

Unless you’ve been living under a soundproof boulder for the last four years, you’ve likely noticed that expectations for The Dark Knight Rises are set fairly high. Ever since Christopher Nolan’s 2008 Batman entry made furious, unforgettable love to America’s cinema goers, we have been waiting patiently for Nolan’s Batman to pick up the phone, tell us we’re pretty, and ask us out on another date.

To preserve the sanity of countless fanboys and fangirls, The Dark Knight Rises basically needed to be the best thing to come out of the movies since Battleship Potemkin—times infinity. It needed to be the coalescence of pop-culture mythology, auteur wit, and primo big-budget badass—an event for the ages.

No, it needed to be even more: In order to meet expectations, The Dark Knight Rises needed to be the opera of early Coppola, the ferocity of a Sex Pistols song, the impact of Tchaikovsky’s cannon, and the towering majesty of the Al Sharpton blueberry pie “Lean Forward” commercial, all rolled up into one and served on a thick platter of PG-13 rated carnage. It truly needed to be everything.

And in that sense, The Dark Knight Rises is a failure: It is not the best movie ever made. Hell, it doesn’t even measure up to The Dark Knight in bravado, style, plot twists, and dark drama. This is bound to make some die-hard fans go off-the-wall feral (more so than they already have). However, from a less psychotic point of view, the film scores huge points as a rapturously exciting epic, packed with tense action and reliably killer acting.

Since you’ll hate me forever if I start dropping spoilers, I’ll stick to the basics: The movie takes place nearly a decade after The Dark Knight ended—with Batman taking the fall for Harvey Dent/Two-Face’s crimes. Gotham City is in a time of peace and severe income inequality. The Joker has been vanquished, organized crime has bitten the dust, and the political and law-enforcement elite are complacent. Bruce Wayne (Christian Bale) lives as a heartbroken billionaire recluse; an out-of-practice superhero who hasn’t thrown on the cape since “Poker Face” was new on the radio. Then Catwoman (Anne Hathaway) shows up in Gotham. So does an internationally feared mercenary named Bane (Tom Hardy), a jacked supervillain who can be described as a cross between B. A. Baracus and Joseph Stalin.

Things start going boom in a big way, thus forcing Batman to come out of early retirement. And since y’all have already watched the various Dark Knight Rises trailers over the past year, here’s one in Lego format:

Before I get into specific criticism, I want to make one thing clear: Go see The Dark Knight Rises as soon as you can. In spite of some glaring flaws in pacing and underdeveloped storylines, it’s a dramatic, somber kick of adrenaline and an accessible character study; ultimately, it delivers a satisfying conclusion to Nolan’s gold-plated trilogy (and sets up things rather nicely for another director to take the reins).

The cast of usual suspects and newbies—Bale, Michael Cane, Gary Oldman, Morgan Freeman, Marion Cottillard, Joseph Gordon-Levitt—all bring their A-game. But it’s Hardy as Bane and Hathaway as Catwoman/Selina Kyle who are sublime. Hardy, who spends 99.9 percent of his screen time with a mask strapped to his face, uses imposing, menacing body language to paint a portrait of extreme nihilism. Hathaway as Catwoman is a revelation; she infuses her sly wit with an effortless sexual energy that feels neither exploitative nor frivolous.

There has been loud clamoring on both the right and left lately, aimed at shoving The Dark Knight Rises into a partisan corner. (Ugh.)

The deep examination of character (Bruce Wayne’s prolonged depression, Selina Kyle’s moral evolution, and so forth) also hits the mark. Amazingly, it’s the action that often leaves something to be desired. Though the explosions and large-scale melees get the job done well enough, there’s barely anything here that can hold a candle to its standard-setting predecessor. Even counting the poetic implosion of a football field and a tremendous airborne kidnapping, there’s nothing that approaches the visceral crescendo of, say, the truck-flip or the Joker jailbreak in The Dark Knight. This time, the thrills that hit the hardest are actually the least flashy and CGI-ridden of the bunch. The first mano-a-mano brawl between Bane and Batman is a brutal, tightly choreographed showstopper that plays out like Raging Bull transposed to the DC Comics universe. It’s just too bad there weren’t more moments of comparable oomph.

Now, time to address the film’s alleged politics: There has been loud clamoring on both the right and left lately, aimed at shoving The Dark Knight Rises into a partisan corner. Because Nolan drew inspiration from the tyrannical excesses of the French Revolution depicted in A Tale of Two Cities, the movie is laced with themes of income inequality, class, and violent uprising. “There’s a storm coming,” Selina warns Bruce. “You and your friends better batten down the hatches, ‘cuz when it hits, you’re all gonna wonder how you ever thought you could live so large, and leave so little for the rest of us.”

While such themes are timeless and could apply to any year, decade, or country, some conservative viewers have willfully interpreted the story as starkly anti-1-percent. Then again, you have left-leaning folk blasting it as a blood libel against the Occupy movement. And in a moment of unadulterated, blank-stare-baiting dumbness, Rush Limbaugh assailed it as a cog in the vast anti-Romney conspiracy (Bane = Bain (Capital)…if you huff enough Elmer’s glue).

My take: Christopher Nolan is not George A. Romero. Whereas a guy like Romero uses gore and zombies in the service of political commentary (civil rights, consumerism, class warfare, etc.), Nolan uses politics as the narrative equivalent of attenion-grabbing scenery. Batman Begins riffed on crime and urban decay. The Dark Knight reflected the mood of America in a post-9/11 world. But all that was to make his product feel bracingly modern, not to preach ideology. The same goes for the third installment—any semblance of topicality or allegory are merely tools of mass appeal.

Even though Nolan has long been the thinking man’s action director, there comes a point where it doesn’t hurt to unplug the brain a bit and appreciate The Dark Knight Rises as a smart but politically shallow popcorn movie.

Overanalyze the politics at your own peril.

The Dark Knight Rises gets a wide release on Friday, July 20. The film is rated PG-13 for intense sequences of violence and action, some sensuality and language. Click here for local showtimes and tickets.