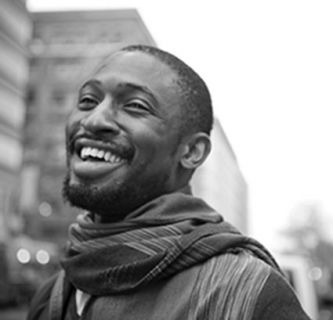 Over the last decade Africa has become a global synonym for HIV/AIDS, a continent of orphaned children and lantern-eyed women. American PSAs and fundraising collateral flog the same devastating statistics: 23 million infected, 1.2 million deaths per year. In the cultural imagination, HIV/AIDS has arguably morphed from the “gay cancer” into the “black scourge.”

In his new book Our Kind of People: A Continet’s Challenge, A Country’s Hope, doctor-turned-journalist Uzodinma Iweala explores how seemingly innocuous rhetoric scrambles any clear understanding of HIV/AIDS in Africa. Crisscrossing Nigeria, his family’s native country, Iweala interviews truck drivers, sex workers, doctors, patients, and activists, asking each what it means to live alongisde the epidemic. In the process, he captures the fragile human stories behind all the catastrophic numbers.

Iweala, whose previous work includes a novel, Beasts of No Nation, is also a graduate of the Columbia University College of Physicians and Surgeons. In 2007 he was selected as one of Granta‘s Best Young American Novelists. I recently spoke with him about how clinical experience informs his journalism, the metaphors we use to talk about AIDS, and the virus’ guerilla humor.

Mother Jones: How did you come to write this book?

Uzodinma Iweala: Right after undergrad I started doing low-level work on health issues in sub-Saharan Africa, and what struck me was the disconnect between how people in New York would speak about some of the issues people were facing. At the time, 2006-ish, there were a number of big media campaigns to raise awareness about HIV in sub-Saharan Africa. Their language just didn’t seem right to me. Everybody was very interested in making a difference and trying to get people treatment, but the language was dehumanizing those very people everyone was trying to help.

MJ: You mention the phrase “dropping like flies” as an example of dehumanizing language.

UI: It’s a very common phrase, but when you think about the long history of comparing Africans to animals or of Africans being closer to nature, it begins to seem a little less benign. For me it was a jumping off point in noticing all these other things, like the comparisons to monkeys and whatnot.

MJ: In the book you lament the often sensationalistic representation of HIV/AIDS in Western media. Can there be a compromise between that imagery and the urgent need to raise money?

UI: Sensationalism only works for so long. Think of something like the Kony 2012 campaign. Its sensationalized, viral language got people all hot and bothered, but at the end of the day there was so much it got wrong about the situation, and that did more damage to their cause than what they got right.

People will react when they feel they’re wealthy enough to react. As soon as they don’t feel wealthy enough, then it’s just some sensation that has no bearing on the systems they have to deal with.

MJ: Do different economic classes in Nigeria respond differently to the disease?

UI: The more wealthy you are the more you know because of education and access to information. That creates a different conversation. You might hear more concrete information about how you get the virus or how you treat it. In urban centers there was obviously more awareness and understanding than in rural areas. In terms of just general reaction, it’s the same as anywhere. You’re scared of something that’s going to violate the integrity of your body. That’s true whether you’re rich or poor or from Nigeria, Botswana, the United States, or Europe.

MJ: In the book you mention a few examples of how Nigerians use humor to talk about the virus. Some of them were fairly acidic.

UI: In any situation like this there’s a kind of gallows humor. It’s important in terms of a coping mechanism, and what that suggests to me is that it’s becoming part and parcel of the common vocabulary. For example, what is AIDS? AIDS is an American Invention to Deter Sex. Or your computer gets a virus and you say, “My computer caught AIDS.” It suggests that you’re stepping away from the absolute taboo.

MJ: Tell me about the medical system in Nigeria. Is it common that physicians, such as Doc, your friend in the book, are responsible for more than a hundred thousand patients?

UI: If you think about hospitals in the US, when doctors see twenty patients a day they complain they’re overworked, they can only give fifteen minutes for a consultation, they can’t give patients what they need to feel comfortable. I’m sure you’ve read all those articles where everybody bemoans the state of healthcare in this country, and we’ve got tons of money for it, right? Now imagine you have even fewer doctors per head. Obviously the care you’re providing is not going to be ideal, and I think Doc would probably agree. At the same time this isn’t to take away from the fact that this is a guy who’s working overtime—forget overtime, overtime was a million years ago—to make sure that the people he sees get the best care they need to survive. And he’s not the only one who’s doing that.

One of the things the book is trying to do is say, look, yes there’s a big international effort, but the reason these things work is because domestically there are people who’ve taken matters into their own hands. People like Doc who are like, “there’s a problem in my country, whatever resources I have at my disposal, even if they’re not much, I’m going to use them to try to do something about that.”

MJ: Walk me through the various state and federal agencies managing HIV/AIDS in Nigeria.

MJ: How does your training as a physician inform your approach as a journalist?

UI: One could argue that in many ways being a writer and being a physician are quite similar. What you do as a physician when a patient comes to you with whatever ailment is search for their story. This is my first nonfiction book, so what I had to do was take all these bits of information and construct a story. There are skills you pick up on in a clinical environment in terms of how to ask questions, what to look for, how to listen that serve one well when trying to write.

MJ: Your previous book was a novel. Were you nervous about tackling a nonfiction project

UI: Most definitely. Anybody who tells you they’re not scared when starting a new book project is a very good liar. I was scared to death. I mean, I had written one book before. I’m a new writer. I have a lot to learn. No matter how many people tell you you can do it this way, no matter how many other books you read that have done X or Y, your story is your story and you have to find the best way to tell it without any real templates. You build them as you go along, and that’s not a process without anxiety. 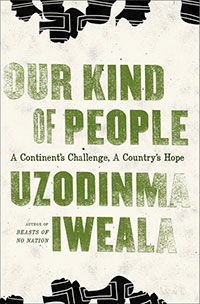 MJ: How do you work against, or with, people’s moral agendas and religious beliefs? I mean, AIDS is loaded with more intense moral connotations than, say, cancer or heart disease.

UI: I don’t know if in the United States someone who has cancer necessarily receives less condemnation. Think of someone who has lung cancer and people saying, well, you brought that upon yourself by smoking. Or the subtle discrimination against people who are obese. The issue with HIV/AIDS, both in Nigeria and internationally, is that sex, no matter where you are, is just a bigger flashpoint.

In Nigeria, the church was at first very much about the message of condemnation, saying this is something that exists in people who are immoral. Then you saw a transformation in the way a lot of churches or religious entities in Nigeria approached this disease. That language has subsided and it’s more like, look, this is a problem we all have to deal with. What does morality mean in the face of this epidemic?

I think the thing to remember is that the development of anyone’s moral code is a transformation and that things like epidemics inform that process. I would argue that HIV/AIDS caused a moral transformation in many people in terms of how we approach our understanding of sex in the United States.

MJ: In the US, the HIV/AIDS dialogue has often focused on homosexuality, with all the violent social protest that entails. Has Nigeria witnessed violence of that kind?

MJ: You ask someone in the book if they regret getting the disease and they say no. What do you think they meant by that?

UI: I remember that moment very vividly. What I got from him answering that way was, look, I have come to terms with this. What use is it for me to go back and rehash how this happened? This is my life. Let’s live, let’s do this thing.

MJ: Artists here in the US have had a vibrant, visceral response to the epidemic. Is that true in Nigeria as well?

UI: I spoke with different musicians for whom it’s something they write, play, and sing about. It’s also in our movie industry, in Nollywood. There are a number of films where HIV or AIDS is a topic. There is literature about people who are HIV positive. In places like South Africa you have a much more robust, prominent, and visible AIDS art scene that’s connected with advocacy. It’s not as prominent in Nigeria, but it’s definitely a topic that’s on the minds of creative types.

MJ: What do Nigerians think about Hollywood’s interest in the epidemic?

MJ: How did writing this book change your own preconceptions about HIV/AIDS?

You could write a whole book about HIV/AIDS in sub-Saharan Africa that focuses entirely on sex workers. You could write a whole book that focuses entirely on truck drivers. And you have to be so careful because that could skew the understanding people have of what this epidemic means. I had to take a step back each time and go, okay, what did I come into this conversation with? And how have I had to adjust my thought processes now that I’ve had this conversation? That was a very valuable experience.