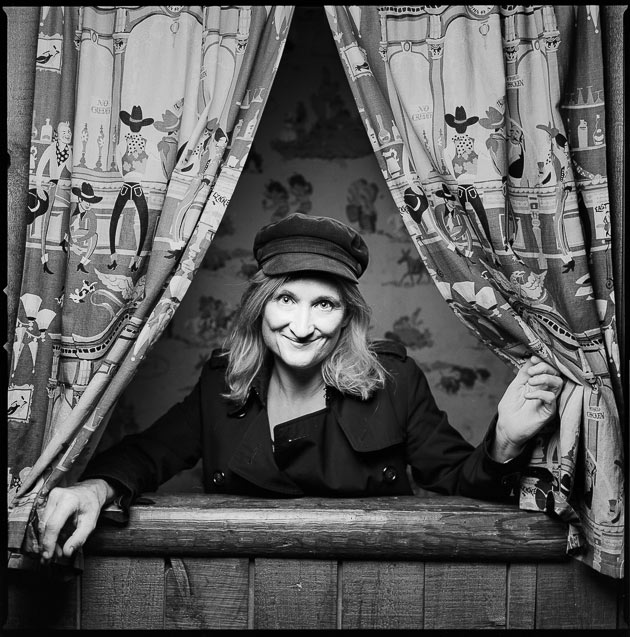 Jill Sobule distinguishes herself from declarative and confessional songwriting by creating musical worlds inhabited by invented characters, often depicted with wry humor and satire. Coupled with a nuanced and educated pop vocabulary—equal parts Beatles, Beach Boys, and Burt Bacharach—she creates the sonic backdrop for her characters with inventive arrangements. She can also rip a mean guitar solo.

On her new album, Dottie’s Charms, Sobule furthers her fictional approach by teaming up with roster of writers including Jonathan Lethem, Luc Sante, David Hadju, and Mary Joe Salterto. Using a charm bracelet found by a friend on eBay, presumably owned by one Dorothy, each writer wrote lyrics inspired by an individual charm (a Canadian penny, a horse stirrup, an office chair, a Statue of Liberty, etc.). Sobule then arranged music to match. The result is a sonically diverse yet surprisingly cohesive portrait of an imagined Dottie, and a sweet and sad life reanimated by trivial tokens.

Jacob Blickenstaff photographed and talked with Sobule at Cowgirl, her old haunt in the Manhattan’s West Village. The following is in her words…

I was a weird kid. Instead of going home to play with friends I would just listen to music from my Close’N Play [record player]. It was either that or, I remember during fourth grade I would just want to watch Watergate coverage.

I had a brother six years older than me so I wasn’t just listening to teenybopper stuff. My brother had the cooler music but my parents had the Burt Bacharach, Tom Jones, the Association, the Fifth Dimension; these groups were un-cool but I secretly loved them. Whereas my friends might listen to the songs, I would spend hours looking at the liner notes and figuring out who did what and listen to the productions. I don’t think other kids would listen and think “Oh, that’s an interesting bass sound.” Whenever I was sick at home my dad would bring me a vinyl record. I remember getting David Bowie’s Station to Station when I had the flu.

You can never get over what you listen to for the very first time, that probably comes out in my music. The new record for instance, there is nostalgia in a charm bracelet. The lyrics on “My Chair” feel Mad Men, so my mind goes to “It’s Not Unusual” [Tom Jones], or Petula Clark. With Sam Lipsyte’s “I Hate Horses,” I’m thinking maybe a Marty Robbins kind of feel. I don’t want to emulate the music but I have these references some girls my age didn’t have.

I like being a storyteller. I’m bored with myself; I like to write about others. I have a lot of names in my songs: Karen, Margaret, Mary Kay. Even if it’s about me I want to put it through someone else. The music is the soundtrack to the story.

With Dottie’s Charms, this is the first time I didn’t write any of the lyrics. I didn’t do a lot of editing, but not everyone had a song form to begin with. Sometimes I would repeat a phrase to create a chorus. The song “Flight” [Vendela Vida] was really wordy. I didn’t want to cut things out so I mostly talked the words for the verse. The album was like a jigsaw puzzle, but what was amazing is how similar the writers’ vision of Dottie was. Her love life has not been great. They all gave her a tough time.

People get to a certain age and success that they stop being curious. I’m still curious because I haven’t really had that success. I’ve never done a record to catch whatever the latest sound is. It’s my love of music, eclectic-ness, and the music that I heard my entire life that seeps in. That’s what you’re hearing.

“Contact” is an occasional series of artist profiles by Jacob Blickenstaff.