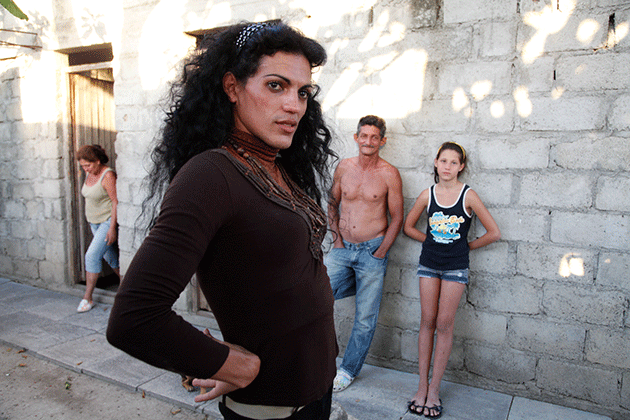 Malu with her parents and sister, in front of their home Mariette Pathy Allen

Of all the allies in the global fight for LGBT equality, Cuba may be the most unlikely. For decades, the island was notorious for its crackdown on “social deviants”—an underclass that included homosexuals, transgender people, Jehovah’s Witnesses, Seventh Day Adventists, and anyone critical of the Castro regime. The 1960s were especially bleak. Deemed unfit for the revolution, gay Cubans were banned from joining the military or becoming teachers. Thousands were confined to isolated labor camps. Conditions deteriorated further in the ’80s and ’90s as Cuba quarantined HIV-positive citizens, many of whom were gay. 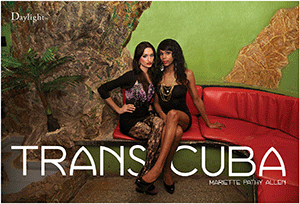 Mariette Pathy Allen’s new photobook, TransCuba (Daylight Books), captures a country slowly outgrowing its history of persecution. Shot in 2012 and 2013, the book is haunted by the trauma inflicted by Fidel Castro’s government. But it is optimistic about life under his brother, Raúl, who assumed the presidency in 2008. Since the change in power, Cuba’s Ministry of Public Health has approved state-funded sex reassignment surgery, and the government has relaxed many discriminatory policies targeting sexual orientation and gender. In 2012, Adela Hernández became the country’s first openly transgender person elected to public office. Perhaps most shockingly, in a 2010 interview with the Mexican newspaper La Jornada, Fidel Castro called his decision to imprison homosexuals in the 1960’s “a great injustice…I’m not going to place the blame on others,” Castro said, “We had so many and such terrible problems, problems of life or death.”

“I see transgender Cubans as a metaphor for Cuba itself: people living between genders in a country moving between doctrines.”

Despite its progressive reforms, Cuba continues to have serious problems, particularly with transgender rights. “I see transgender Cubans as a metaphor for Cuba itself: people living between genders in a country moving between doctrines,” Allen writes. The women she documents are grateful for the increasing tolerance, but they still suffer from entrenched stigmas. Natalie, for example, was denied a factory job because of her appearance. She began hooking to make ends meet, and picked up HIV at age 18. She also had a run-in with police that escalated, at which point an officer “hit [her] until he didn’t feel like it anymore.” She was imprisoned for inciting violence.

Allen’s other protagonists share similar tales of woe. Amanda, a 36-year-old prostitute with HIV, tried twice to get to the United States, and twice failed. She was taken to Guantánamo Bay, where she begged her English-speaking captors to return her to the streets of Havana.

Another subject, Alsola, spent two years studying psychology and medicine at a school in Santiago de Cuba, the country’s second-largest city. School policy mandated that students respect the dress code of their birth gender, so she dropped out rather than conform. “My life is nothing special,” she says now.

Allen’s portraits are moving proof to the contrary. TransCuba follows her two previous photobooks—Transformations (1989) and The Gender Frontier (2003)—capping a loose trilogy that is one of contemporary photography’s most poignant explorations of gender identity. Her portraits, whether shot in Cuba or the United States, remind us that looking is a political act, and seeing a revolutionary one. Although Allen’s subjects face the camera instead of a jury or a firing squad, their expressions bear the same frank entreaty for compassion. To quote Yanet, another Allen subject: “We all have implausible dreams, things that make no sense, we all have fantasies.” TransCuba is a testament to the difficult, intoxicating, sometimes tragic work of realizing who we are. 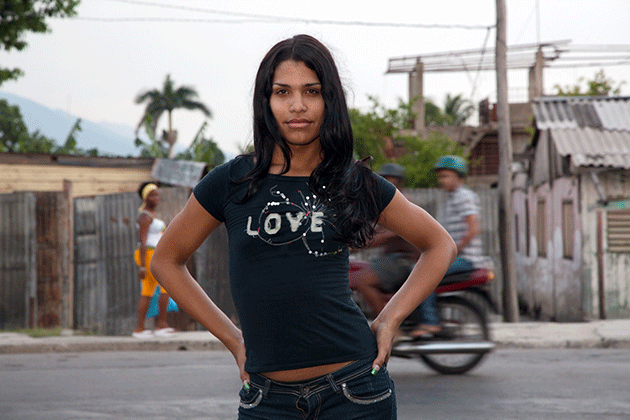 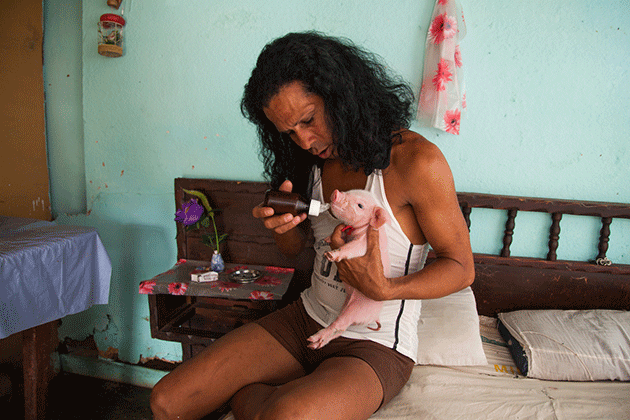 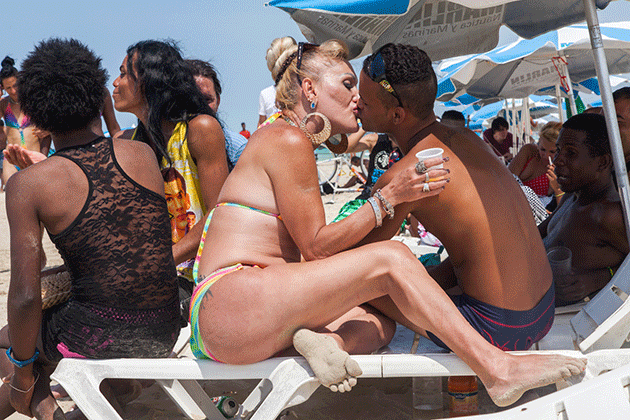 Paloma with her boyfriend at Mi Cayito beach, near Havana Mariette Pathy Allen 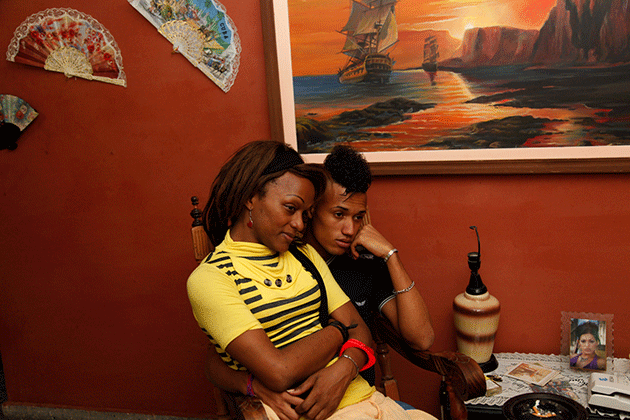 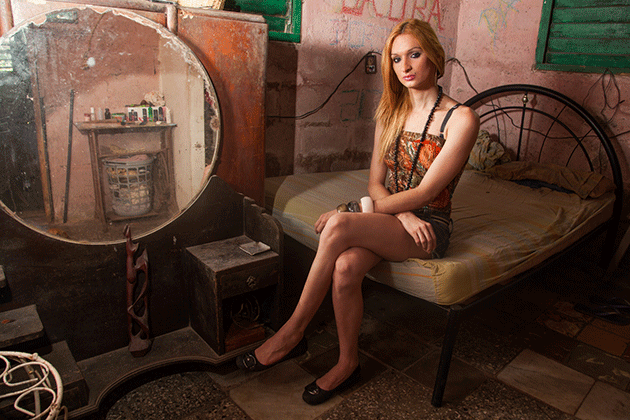 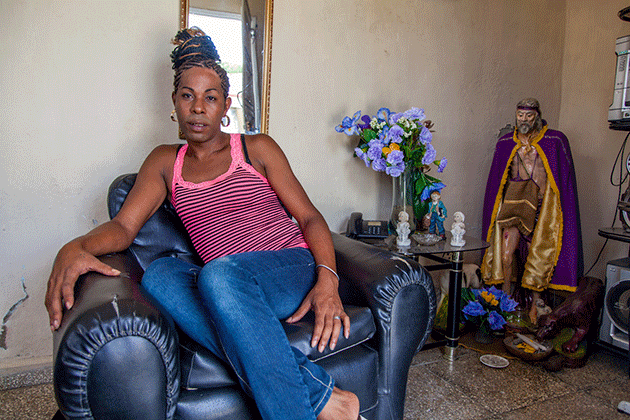 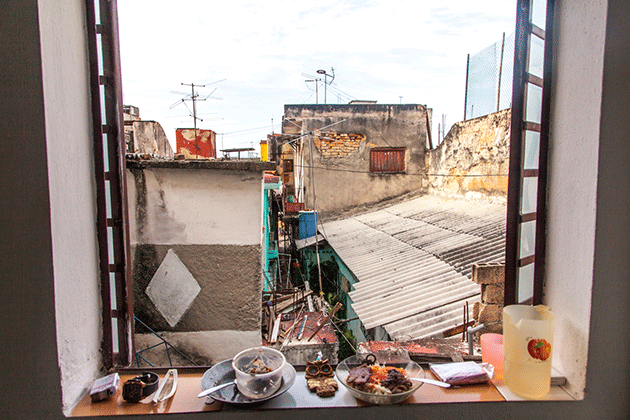 The view from Natalie’s window in Havana Mariette Pathy Allen