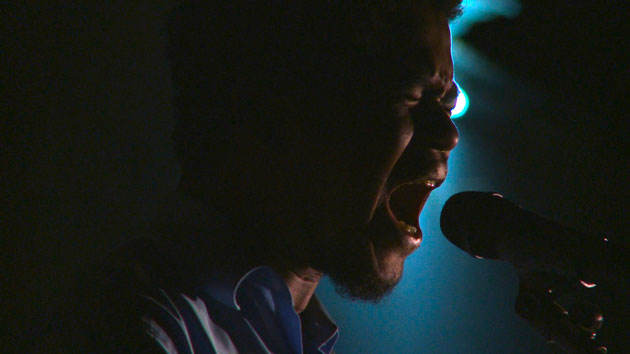 When the dust cleared and the war formally ended in 2002, Angolans looked back on their previous 40 years and saw little more than violence and bloodshed. After 350 years of Portuguese rule, the country fell into a war of independence followed by a civil war. Factions became Cold War players. Armed with Western and Soviet weapons, the warring sides destroyed the little infrastructure the Portuguese had built, sowed the countryside with land mines, and displaced and killed people by the thousands. 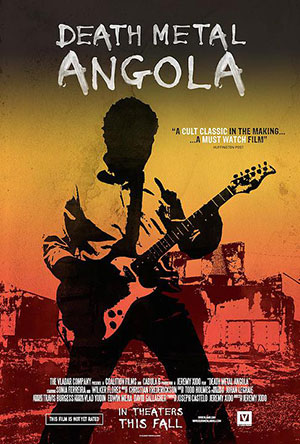 Filmmaker Jeremy Xido’s new documentary, Death Metal Angola, is about what happens after those years of destruction. The film follows one woman, Sónia Ferreira, the mother figure behind an orphanage for boys, and her boyfriend, Wilker Flores, as they launch Angola’s first-ever metal festival in Huambo, Angola’s second-largest city. I asked Xido about his experiences with Angolan metal musicians, and how they are rebuilding a scene in a country whose culture was virtually lost amid the fighting.

Mother Jones: How did you first get interested in Angola?

Jeremy Xido: I was invited to Lisbon to work on a performance project, and the thing I was most struck by was the African presence in the city. It was very different than other cities in Europe. There was something intimate about it, so I just found myself talking to a lot of Africans. I was interviewing a young law student, and I asked her what she was going to end up doing when she was done with her degree. Would she stay in Europe? And she just looked at me like I was just insane. She said, “Europe’s dead. The future is Angola.”

I grew up in Detroit. I was the only white kid in my neighborhood. Everyone always talked about going “back to Africa,” even though no one actually knew where Africa was. And to hear this moment in which Angola wasn’t mythological in the sense of being a safe haven, or rife with clichés about the suffering of Africa—it was the first glimpse that I got of the continent being at the forefront of 21st century power and politics. I was like, “Okay, I have to go.”

MJ: Your film takes place not in the capital, Luanda, where Angola’s new oil wealth is concentrated, but in Huambo, a battleground during the war and still a really burnt-out city.

“The power of this particular music is that it can go to those deep places of human experience.”

JX: That’s where the story was taking place. In the aftermath of the war, money started flowing into Luanda to turn it into a sort of Miami Beach poster child of “New Africa.” Huambo had been largely left alone. These were people who had experienced unimaginable things and survived, and the power of this particular music is that it can go to those deep places of human experience and allow people to touch them and express them collectively in such a way that’s permissible—people can tell the story of what happened, as opposed to that sort of Economist Angola: “Well, war is behind us, and now we’re marching to the future.” Huambo is a place that defies that approach, a place where the ghosts still exist and people are wrestling with them. It was interesting for me to juxtapose the glittering Luanda that people in the West hear about and this story that these people who had been fighters all their lives were telling. That tension became the real focus of the film.

MJ: Angola’s war is unique among African wars in that it employed so many modern weapons. There seems to be a parallel in this music—Angola destroys itself with Western bombs, and then Angola’s youth rebuild an identity with Western music.

JX: Angola is trying to figure out what the roots are, because people don’t fully know. Rock hit Portugal later than other parts of Europe. War was raging in Angola, and anybody who had enough money or enough luck sent their kids to live with relatives in Portugal—in the middle of this rock youth culture that was emerging as Portugal was coming out of a dictatorship. I think some of those guys came back and started their bands. And people like Sónia watched all of that music and fell in love with it. But because the war was raging, it was never possible to really connect all the different parts of the country. In the aftermath of the war, the young guys suddenly had access to the internet and technologies which could link different parts of the country. Even if you couldn’t drive from Luanda to Huambo, these technologies allowed people to know about each other, and those who knew about rock started to play it.

MJ: Is the music more a subject of conversation between Angolans, or just the means to have a conversation?

JX: I think it’s both. Socially it’s just really hard. You have to practice, you have to learn stuff, you have to seek out people, you have to teach each other. And you have to have band practice, which is, like, insane, because you have to mediate and negotiate between personalities. In and of itself, that’s rebuilding things that were lost in the years of the war: basic education, basic principles of conflict resolution.

Also, there’s a history of rock talking about things that authority doesn’t want you to talk about. So, in and of itself, to play the music is justice, an act of self-definition and release. Metal musicians, particularly death-metal musicians are some of the most erudite and curious, and also soft-spoken people I’ve met. I’ve always wondered about that since the thing they do on stage is so tough and the iconography is so bombastic. And then you realize there’s something unbelievable about getting together with a group of people and getting up in front of others and going to this very primal place—a primal place that requires an extreme technical capacity. But you go there together, and by permitting each other to go there, there’s the kind of release that exists anytime people tell what they believe to be the truth. That itself is an act, and that is the conversation.

MJ: You mentioned that the history of rock in the West is one of rebellion. Do they see it that way?

JX: We filmed this a couple years ago. At that time, there was a revolutionary act to just getting up on stage and doing this thing that people don’t understand and not getting shut down by the police. They couldn’t, at that moment, actively talk against the government, because they weren’t strong enough yet. Since then, they’ve continued to have concerts and festivals and different things that are growing exponentially. I really see the rock movement as the revolution that happens in the aftermath of destruction. It’s the thing that people don’t talk about. Media always talks about war, but nobody really talks about the day after, and the year after, and the five years after—what it means to rebuild. It’s that hidden story that’s less sensationalist, and less sexy. It’s much more complex, and much more human. You are confronted with your own inadequacies when you start thinking about the difficult things, the work of what it is to be human.

“I have to be very careful about representing them in any way that might cause them trouble.”

MJ: What is the future of metal in Angola? The musicians want to talk about the government, but Angola is an incredibly repressive country.

JX: They’re on a very thin line. It’s easy for me to travel around in the world and say whatever I want to say, but I have to be very careful about representing them in any way that might cause them trouble. Sónia and I have actually had moments where she’s read some interview and she’s like, “You can’t say these things. Think about where we are.”

MJ: How does one survive as a metal musician in Angola?

JX: A lot of the musicians from the bigger bands have jobs. There are a bunch who work at banks or in internet technology or satellite installation. Some of the big singers work for the military, in the air force. The younger guys, some of them don’t have work, and they struggle. They’ve also decided to have the concerts be free events so they can build an audience, so this is a moment of sweat equity for all of them. Sónia struggles day to day to keep 75 boys alive and healthy and to organize all this stuff. But I think it’s as much of a struggle to be a musician pretty much anywhere. The amount of love and passion at the core of this, and the amount of good that it brings to people is off the charts.