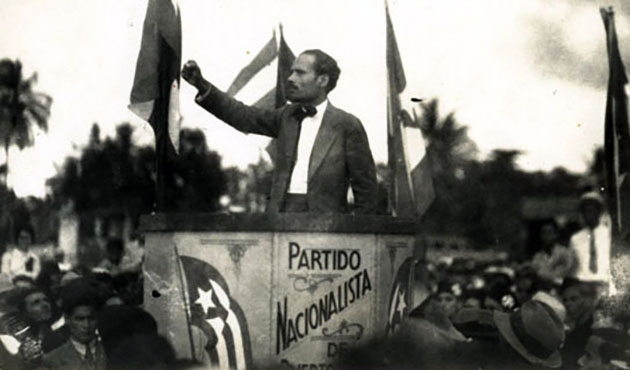 April 21 marks the 50th anniversary of the death of Pedro Albizu Campos. Most Americans likely haven’t heard of Albizu Campos or his plan to challenge the United States’ control of Puerto Rico. His supporters remember him as an organizer, an intellectual, and a revolutionary. The FBI and the US government labeled him a radical, a terrorist, and a criminal. 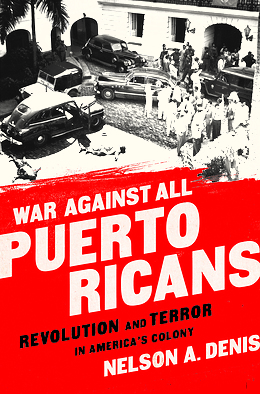 Albizu Campos’ story and the history of his ill-fated movement are chronicled in War Against All Puerto Ricans: Revolution and Terror in America’s Colony, a new book by Nelson A. Denis, a journalist, activist, and former New York state assemblyman. Denis, whose mother is Puerto Rican, says the book would not have been possible without several decades of personal interest and the release of nearly 2 million documents FBI from secret FBI dossiers known as carpetas, gathered over a period of about 50 years. This trove of papers, made public in 2000, reveal a previously untold story about how the US government worked to undermine the growing Puerto Rican independence movement of the 1940s and ’50s.

In 1936, Albizu Campos was imprisoned on sedition charges after helping to successfully organize Puerto Rican workers. After more than a decade in prison, he returned to the island and organized an armed revolt in 1950. His plan was never realized, due in large part to FBI infiltration and harassment as well as legal sanctions such as Public Law 53, the “Gag Law,” which made it a criminal act to show any outward support for an independent Puerto Rico. The short-lived violent uprising may mark the only time the US military has launched an aerial attack on its own citizens, when National Guard planes strafed the town of Utuado.

I spoke to Denis about Albizu Campos’ uprising and why many Americans don’t know about the colonial dynamic between Puerto Rico and the United States.

Mother Jones: Why should Americans pay attention to Puerto Rico?

Nelson Denis: Puerto Ricans are Americans. We’ve been American citizens since 1917. We fought the same battles, made the same sacrifices. We’ve lost our land in the same way that Native Americans lost their land, and we’ve been the subject of discrimination and racism in the same way that African Americans have. We’ve suffered the full spectrum of oppression, and yet we’ve been off the map 4,000 miles away so we haven’t even been able to argue our case. So when people say, “Why should Americans care?” they don’t realize that we are 100 percent Americans and we’ve more than paid the price of admission into this community.

MJ: Why do most Americans not know about this part of Puerto Rico’s history?

ND: Puerto Rico is an island separated by an ocean, a language, a culture. All of that put it in a position where it’s like, “What happens in Vegas stays in Vegas,” but what happened in Puerto Rico never happened at all. It’s not like there was a decades-long conspiracy. It’s just the aggregation of all these historical forces made it difficult for this information to exist in one place.

MJ: What set the stage for the Puerto Rican independence movement?

ND: From the beginning it made sense. It wasn’t just rooted in some sort of personal intransigence or some passionate Latino temperament. It was rooted in economic and political reality at the time. It also made sense since the founding principles of the United States are supposedly based on government by the consent of the governed, and the sense that all men are created equal.

The United States comes in in 1898. The very next year, Hurricane San Ciriaco devastated the island. The US sends no relief. The following year, the US declares that the Puerto Rican peso, would no longer be valid currency. Then the US imposed new property taxes on every farmer in Puerto Rico. Look at those three blows right after each other: the hurricane, the currency devaluation, and the new taxes. The result was that the farmers were in extreme distress and they had to get loans to try and stay afloat. By 1940, 80 percent of the arable land in Puerto Rico was US-owned.

Now you have Puerto Ricans who lose their land, they have nowhere to go, they try to get jobs. When they try to enact minimum wage legislation for the exploding ranks of these workers, the US Congress simply vetoed it, and when they tried to push it, the Supreme Court ruled that since Puerto Rico was a US territory and not a state, that the United States constitution did not apply, even though in 1917, under the terms of the Jones-Shafroth Act, they were called US citizens. So they’re found to be US citizens for purposes of military conscription, but they’re not found to be US citizens for purposes of having any rights.

ND: Albizu Campos leads an island-wide agricultural strike in January of ’34. When Albizu Campos won that strike, he and the Nationalist Party were suddenly in the crosshairs of the American government and its military and intelligence gathering apparatus. At that point, J. Edgar Hoover started sending squadrons of FBI agents down there to snoop and spy and marginalize any nationalist or any dissenting person on the island and ruin their lives as quickly and as completely as possible. 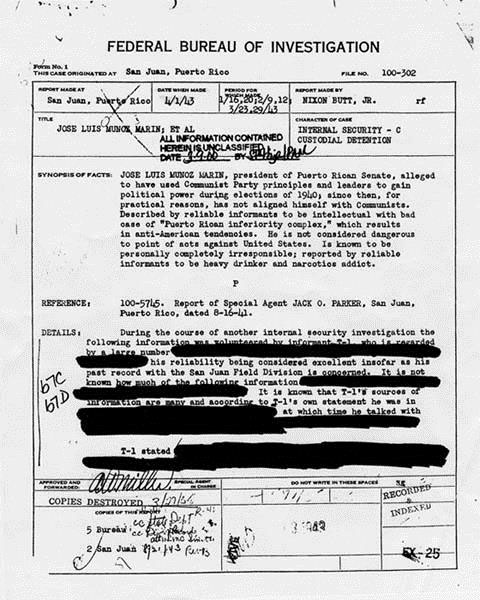 After the strike they sent down a new governor, General Blanton Winship, who militarized the entire police force. The new chief of police, E. Francis Riggs, orchestrated the Rio Piedras Massacre, where four nationalists were assassinated in broad daylight near the campus of the University of Puerto Rico. When asked at a press conference why this happened, Riggs said that if Albizu Campos and his nationalist party continue to agitate the sugar cane workers and the college students, then he was prepared to wage war to the death against all Puerto Ricans. This war against Puerto Ricans was very real and that’s why it became the title of the book.

MJ: Which led to an actual attempt at armed revolution.

ND: Under amazingly dubious circumstances, Albizu Campos was railroaded off the island and imprisoned for 10 years precisely when the island was ready to very aggressively organize for its independence. When he came back in 1947, in very short order, the government put through Public Law 53, the law that made it illegal to utter a word, sing a song, whistle a tune against the United States or in favor of independence. It was basically abrogating the First Amendment rights of 2 million people in order to shut one man up. 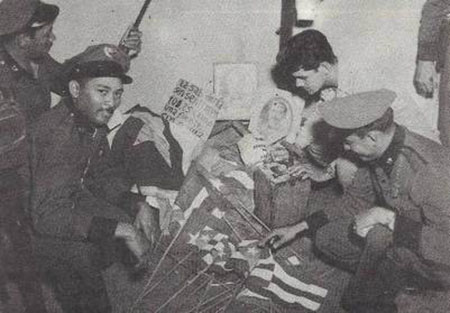 Ahead of a referendum on whether the island should vote on its status with the United States, Albizu Campos and the nationalists felt that they had one last opportunity to bring the world’s attention to conditions in Puerto Rico. It was a concerted, deeply thought out, tactically precise effort to let the world know that Puerto Rico was still the one surviving classic colony in this planet, and that the colonial power, the United States, was supposedly the leader of the free world.

MJ: The planned uprising failed. What’s happened since then?

ND: There has been a red carpet from Puerto Rico that stretches all the way to Wall Street. It has just been one long succession of corporations going down, extracting resources, and leveraging tax preferences for themselves at the expense of the American taxpayer and the Puerto Rican worker. You have a tremendous tax preference for US investors, hedge fund managers, private equity firms at the same time that you’re proposing a 16 percent tax on the poor, middle, and working classes of Puerto Rico.

MJ: Should Puerto Rico be independent or a state?

ND: I don’t live on the island, so I don’t feel that I have the right to impose my view even though most of my family lives on the island and I visit nearly every year. There’s a sense of people saying, “We have a right to self-determination.” And so, consistent with that, I would want the Puerto Ricans to have that right. But without imposing my view I will say this: The current status of commonwealth is just morally, politically, and especially economically untenable. It’s a business model that is clearly failing and it needs to be mercifully put to rest.

That leaves us with two remaining options. There has to be a decision, either to get married or get divorced. But no more keeping Puerto Rico as its little mistress in the Caribbean. That doesn’t work anymore.