The pace of photo book publishing is showing no signs of slowing down, and this year more than ever photographers turned to books as a preferred medium for distributing their work. Interestingly, many 2015 releases pushed the boundaries of design, transforming the book itself into an art object. Also, the book has become heavily incorporated into the design and the art of the photos. While a number of books this year blew apart traditional lines between documentary, art, and conceptual photography, our list falls more firmly within the world of documentary photography. As beautiful as a book may be, ultimately it’s the work within that should carry it.

Here are 10 books that caught my attention this year. 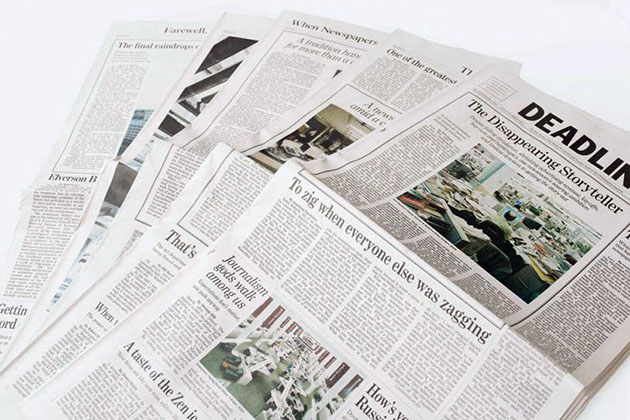 Will Steacy’s Deadline
This is easily one of the best “books” of the year. Will Steacy’s long examination of the newspaper industry’s decline, as told through the tumultuous story of the Philadelphia Inquirer, offers a treasure trove of ephemera, first-person accounts, and, of course, great photos. If Steacy had published this as a traditional book, it would still have been one of the best of the year. But he took the project to the next level—printing it as a newspaper, with contributions by Philadelphia Inquirer staff, on the presses that used to roll out the Inquirer daily. It’s smart, gorgeous, well researched—and a little heartbreaking. If you love journalism (and particularly newspapers), this is one you don’t want to miss. (B Frank Books) 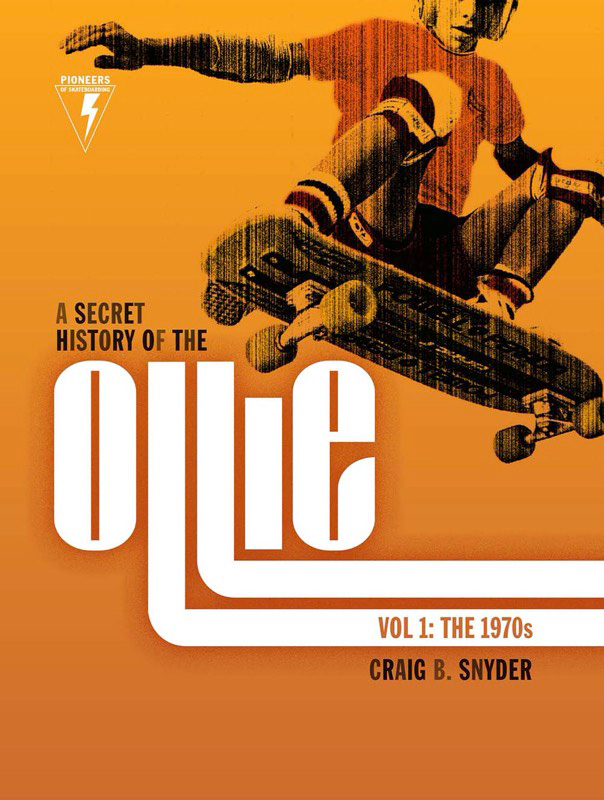 Craig B. Snyder’s A Secret History of the Ollie, Vol. 1, the 1970s
Not a photo book per se, but History of the Ollie is a book heavy on graphics: amazing old photos, ads, and other images relating to skateboarding in the 1970s. This is a must for any skateboarder in your life, especially those over 40 years old. It’s a massive, engrossing history of skateboarding, as told through the history of the trick that gave birth to the sport: the ollie. Invented by a skateboarder in Florida in the late ’70s, it’s now the basis for nearly every trick done on a skateboard. This first volume ends around 1980, just after the ollie was invented and before it really turned things upside down when it was adapted for street skating. (Black Salt Press) 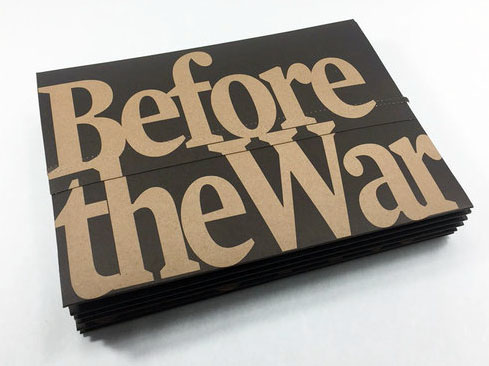 Alejandro Caratagena’s Before the War
More and more photo books are being published that push the boundaries of what constitutes a book. Designers play with the concept using inventive formats that engage viewers, add a new dimension to their photography, make the book part of the body of work, or, let’s be honest, just go for the gimmick. Sometimes this clever packaging distracts from what should take center stage: the photos. Caratagena’s Before the War collects a set of six newsprint booklets and foldout-poster-type pieces enclosed in a sealed, printed cardboard envelope. The packaging is cool yet allows the work to stand on its own. Using cheap newsprint in a series of booklets and posters gives Cartagena’s work a feeling of disposability, or the sense that it’s in some kind of transitory state. The black-and-white images, some of them grainy, depict the story of the war against drug cartels in Mexico. The emotions they evoke help tell the story as much as the images. As Caratagena explains:

In 2008 the war against the drug cartels erupted in México. The State of Nuevo León in northeastern México became an increasingly violent place. The book project is a compilation of images and texts that obsessively revisit places where the war was eventually fought and look for signs of an evil that lay underneath but was invisible to everyone’s eyes at the moment these images were shot. 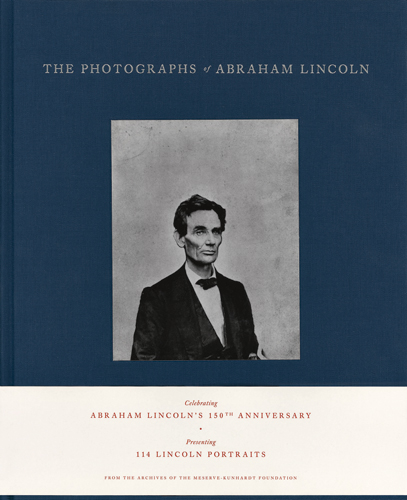 Peter W. Kunhardt Jr.’s The Photographs of Abraham Lincoln
Even as I type this, it feels weird to include a book on this list that’s simply a collection of every known photo of Abraham Lincoln, 114 of them in all. I’m not a Lincoln nut or anything, but every time I pick up this beautifully printed book (by Steidl, naturally), I find myself sucked in, spending far more time with it than I expect. Seeing Lincoln age from his days as an Illinois lawyer through his presidency offers much more than an insight into Lincoln; it gives an excellent look at life in the mid-1800s. The photos that pull back more and show Lincoln in slightly more relaxed poses feel absolutely alive. This is especially true when there are multiple takes from the same sitting. (Steidl) 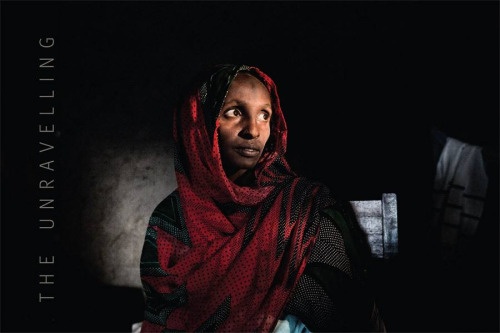 Marcus Bleasdale’s The Unraveling
It’s tough to call this a beautiful book, an ideal gift, or even an easy book to look at. That’s kind of why it’s so good. As winner of this year’s FotoEvidence book award (disclosure: I was a judge for this year’s award), Bleasdale got an outlet for a body of work that likely would have had a hard time finding a home. This book is the latest in Bleasdale’s years-long documentation of Central African Republic. It’s brutal. Did you see Beasts of No Nation? It’s kind of like that, but real. It’s a tough book, but tough pictures need to be seen. (FotoEvidence) 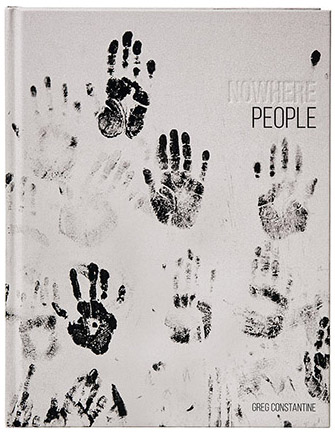 Greg Constantine’s Nowhere People
This book is similar to Bleasdale’s book, in that it’s well done but patently unsexy. Constantine has worked for a decade documenting the plight of the stateless people around the world: the Rohingya, Hill Tamils, Dominicans living in Haiti, Kurds, Crimean Tartars, Bidoons, Roma, and many others. As I wrote earlier this year, Nowhere People is a “hefty, beautiful beast.” Its great layout and wonderful body of documentary work puts it among some of the best, most ambitious documentary projects of our time. (Nowhere People) 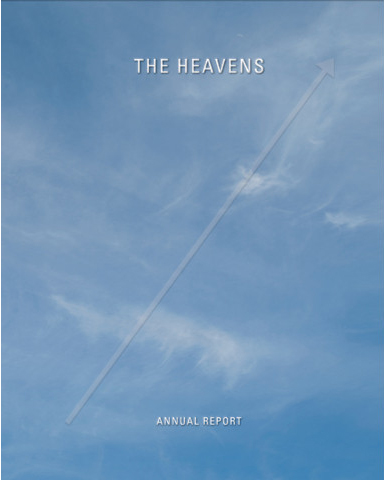 Paolo Woods’ and Gabriele Galimberti’s The Heavens
This is a fascinating look at the world of tax shelters. No, wait! Seriously. Paolo Woods and Gabriele Galimberti give us a rare inside look at life in the land of the tax shelter: Caribbean islands that offer tax havens for companies and the ultra-rich. The book is smart in its balance of the subtle (if not bland) images showing exactly where companies park an address in order to reap millions of dollars in tax breaks, along with more ridiculous photos of the rich treating the islands as a big-kid playground. The banality contrasts sharply with the obnoxiousness. The accompanying website put together for this project is worth a look as well: the Heavens LLC. (Dewi Lewis) 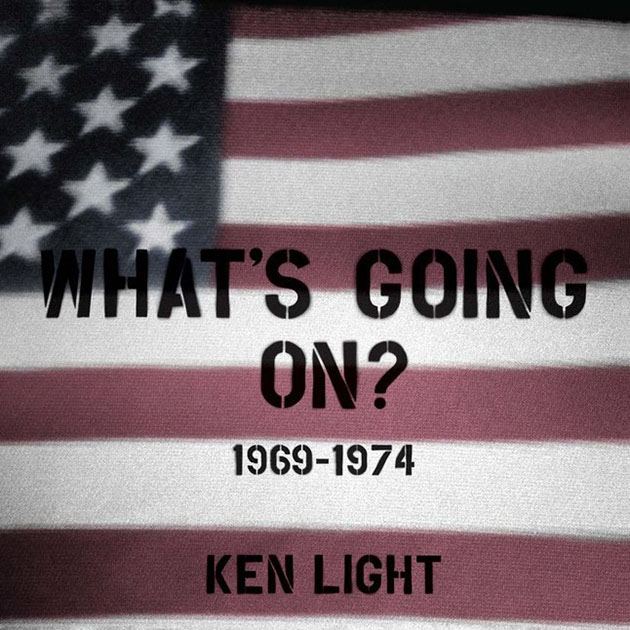 Ken Light’s What’s Going On
A number of books came out this year collecting photographers’ early work or pulling together retrospective looks at their careers (notably Eli Reed’s great Long Walk Home). Light is a documentary photographer known for long, book-length projects, from his days photographing California’s Central Valley farm workers and Texas death row, up through his recent work in coal mining towns in Appalachia and revisiting the Central Valley. In his new book, Light goes through his old negatives from when he was still cutting his teeth as a photojournalist and documentary photographer. The result is a rewarding look at the United States in the late ’60s and early ’70s: politics, music, and, best of all, everyday life in some less documented parts of the country at the time. If you’re familiar with Light’s other photography, this book provides a great blueprint to the foundation of his work. Even if you don’t know his other books, What’s Going On is a wonderful trip through a tumultuous time. (Light2Media) 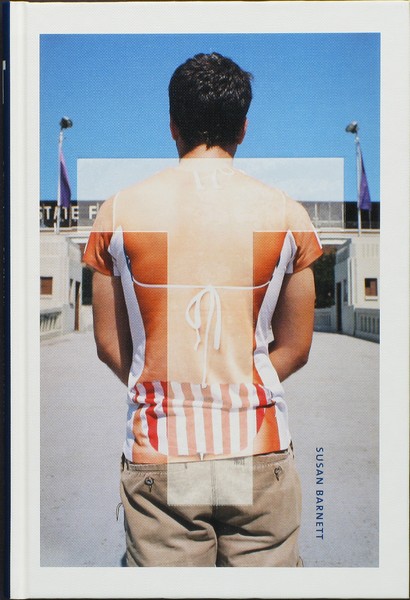 Susan Barnett’s Typology of T-Shirts
In a way, this book is similar to the Abraham Lincoln book mentioned above, in that if you just pick up Typology of T-Shirts and flip through it, you’re likely to be hit first by the repetition of images. As a quick book to look through, this doesn’t offer much. But as you spend more time with Typology, getting drawn into it, you realize it’s about more than a simple documentation of the back of people’s T-shirts. As Barnett will tell you, the clothes people wear, and T-shirts, in particular, broadcast a lot about us. And you see this as you go through Typology. It’s as much a sociological gauge of Western culture as it is a typological or photographic study, brilliant in its simplicity. (Dewi Lewis) 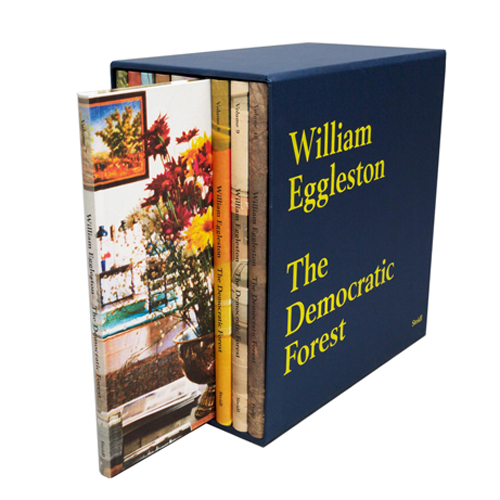 William Eggleston’s The Democratic Forest
This year Steidl published a vertigo-inducing collection of Eggleston photos—10 volumes, each ranging from 96 to 168 pages (more than 1,000 photos in all), all packaged in a big slipcase called The Democratic Forest. This is the third collection looking back at Egglestone’s prolific life’s work, the first being Chromes (2011), followed by Los Alamos Revisited (2012). Democratic Forest follows Eggleston’s travels through Louisiana, Tennessee, Dallas, Miami, Boston, Kentucky and even Berlin. Each book has a theme, such as a location or a concept like “the Language or “the Forest.” Taken as a whole, this enormous collection is kind of like bellying up to a luxurious buffet—it’s delicious, and overwhelming, but worth the heartburn. (Steidl)