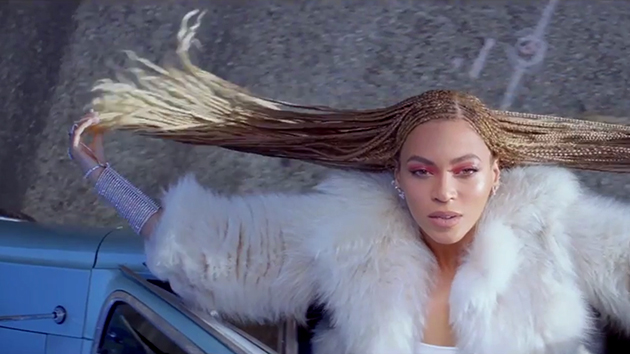 When Beyoncé performed her new pro-black anthem “Formation“—flanked by an army of Black Panther-clad women at the Super Bowl last weekend—I was proud of her like I was proud of Bree Newsome for snatching the Confederate flag off that South Carolina flag pole.

In the giddy aftermath of Beyoncé’s performance, some people on social media pointed out all the things the “Formation” music video clip and halftime performance won’t accomplish. They’re partly right. They won’t stop police from shooting black people like David Joseph. They won’t stop another Katrina, or Flint, where white people in power don’t appear to give a damn about poor black communities. Indeed, Beyoncé’s “Formation” performance was largely symbolic.

But “Formation” was affirming for so many people I know—and that affirmation changed my life.

Earlier this week, I came out as bisexual to some of my closest friends and family. It was a process I began several months ago but felt empowered enough to finish with Beyoncé’s blessing.

I felt empowered enough by them to finally admit that I saw myself in them.

In “Formation,” I felt seen in so many ways—as a person with Southern roots (both of my grandparents on my mother’s side are from Alabama and Louisiana, and my dad’s parents are from Georgia). As a black man with “Jackson 5 nostrils,” whose hair grows like Blue Ivy’s. I felt affirmed by the little boy in the hoodie who caused the officers to put their hands up. I felt affirmed by the happy black children in their kinky-headed radiance. And most consequentially, as a black man who identifies as LGBT, I felt recognized by the images of New Orleans black LGBT culture and the genderqueer voices peppered throughout.

I felt empowered enough by them to finally admit that I saw myself in them.

“Formation” gave me permission to love and be myself in a way that I had not allowed myself to before. So many other black girls (and boys, clearly) needed to hear that, too—at a time when we face so many reminders that blackness itself continues to be the enemy.

But as I thought about how “Formation” gave me the courage to free myself, I realized that it is also a working model for how to free all black people. Go with me here.

True black liberation means freedom for all black people—it means freedom from state-sanctioned race and class violence and from homophobia and misogyny within our own communities. With “Formation,” Beyoncé embraced those whom we acknowledge the least. It is, after all, black women and LGBT folk who began and continue to lead the Black Lives Matter movement.

Beyoncé did not come to play; she came to slay the social norms that keep marginalized people in the shadows. Backstage after her halftime performance, Beyoncé said about her set, “I wanted people to feel proud and to have love for themselves.” This one wasn’t for the masses—”Formation” was for her people.

This one wasn’t for the masses—”Formation” was for her people.

But that is part of the reason why so many (white) people were upset by Beyoncé’s displays of unapologetic blackness. Former New York City Mayor Rudy Giuliani and Congressman Peter King both spoke out against Beyoncé’s “race-baiting,”anti-police” performance, and demonstrators are holding an anti-Beyoncé protest outside NFL headquarters in New York City next week. Some people are always going to hate on the Queen. But before “Formation,” Beyoncé had always been, in my view, a “safe” artist for nonblack audiences to embrace (or ignore) because she kept her distance from race and politics. She finally broached the political during the Beyoncé album era when she openly discussed her feminist views. But race? That was a different beast.

With “Formation,” Beyoncé demands to be acknowledged not just as a woman in control, but as a black woman in control—and one who’s Southern as hell. She refuses to allow her audience to celebrate just parts of her identity, or to celebrate her as some otherworldly goddess, divorced from her black Bama roots. She likes cornbread and collard greens, bitch. Not only that—she wants an end to the police killings of people who look like her, her husband, and her child.

Beyoncé is far from the first black artist to make a political statement—she follows the example of black musicians who took a stand through their music during the civil rights movement and the Black Power era, and the socially critical rappers of the 80s and 90s, which include her husband, Jay Z.

But hopefully, now greenlighted by the world’s biggest pop star, more black artists might feel empowered to speak out about important issues, despite the fear of backlash.

There remains much more groundwork to be done. Black people must continue to organize and fight for black liberation. “Formation” is a model for how to achieve that—by loving our whole selves and including the most marginalized among us in our advocacy, our communities, and our ultimate vision for freedom, as we wage a collective struggle against the forces that keep us chained.

Do you feel me? Okay, then let’s get in formation.