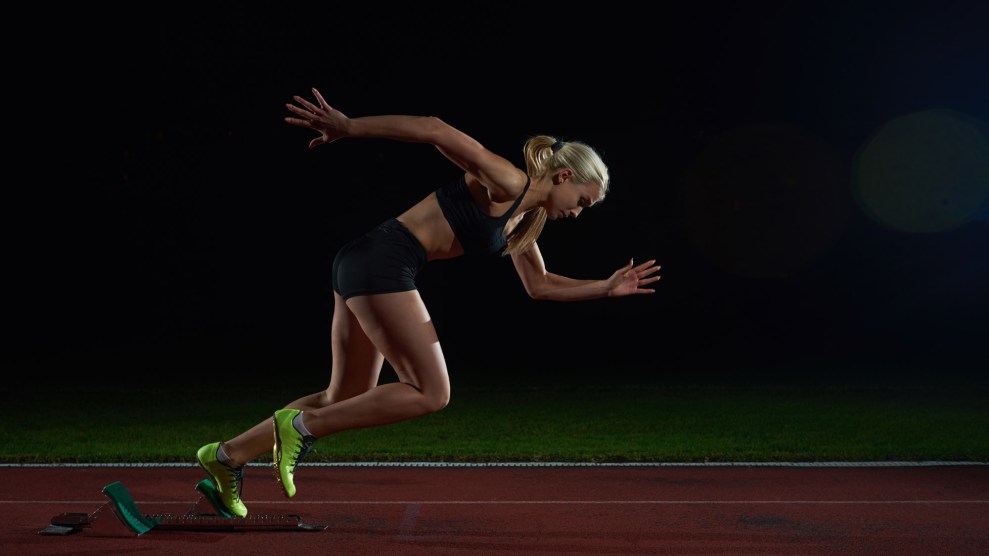 If you want to become a better runner, the obvious answer is to run more. Practice, practice, practice. Well, maybe not. It turns out that more time laced up, running longer distances, may not be the best way to improve. These days, many athletes are ditching long runs for interval training—and for good reason. Pushing the human body to maximum capacity, for shorter amounts of time, forces it to adapt quickly and could even change its physiology in the process.

“It’s the belief that people are born with this thing, and it’s their job to find it. We are arguing that you need to build it.”

Interval training helps the cardiovascular system by improving the body’s ability to use oxygen and insulin. It makes arteries more elastic than slower-paced exercise does, and some say it helps burn belly-fat. It isn’t just for athletes: Scientists in Denmark have found that patients with Type 2 Diabetes who did intervals of intense walking had enhanced fitness and better blood-glucose levels compared to a control group that walked at a moderate pace for an extended period of time.

If you’re not one for getting sweaty, running isn’t unlike the many other hobbies at which you might be desperate to improve. There’s tons of emerging science that can help show you how to get better—and that explains what separates the good from the best. On this week’s episode of the Inquiring Minds podcast, musician and neuroscientist Indre Viskontas talks with Swedish psychologist Anders Ericsson about what it takes to become great. You can listen below:

If you’re familiar with the 10,000-hour theory from Malcolm Gladwell’s book Outliers, you may have heard of Ericsson’s work. Gladwell argued that we can become experts at a sport, musical instrument, or hobby in part by logging more than 10,000 hours doing it. Ericsson, who says Gladwell “misinterpreted” some of his work, argues that it’s not merely time that’s important. He points to what’s called “deliberate practice“—putting mindfulness into our chord progressions, tennis back swings, or Spanish vocabulary review—as one of the keys to becoming an expert. People often mistake the results of deliberate practice for raw talent, Ericsson says.

“It’s the belief that people are born with this thing, and it’s their job to find it,” he says. “We are arguing that you need to build it.”

In Ericsson’s new book, Peak: Secrets from the New Science of Expertise—co-authored with Robert Pool—he argues that becoming great at an activity is not about practicing hard enough to fulfill one’s potential, but practicing well enough to maintain motivation. And as for the willpower supposedly needed to become an expert? Ericsson balks at that idea and instead says that experts produce a continued enjoyment in their playing or performance, which leads them engage in yet more deliberate practice. So in short: If you don’t like what you are doing, you’ll probably have trouble becoming great at it.

There’s another habit that Ericsson says is helpful for improving performance: rest. In the early 1990’s, he and his team found that elite violinists slept an hour more each night than average ones—and they frequently took naps, as well. So as you strive for greatness, you might want to consider spending a little less time practicing and a bit more time sleeping. Are you listening, Donald Trump?