The Farm Security Administration, created as part of the New Deal, helped farmers whose livelihoods were decimated by the dust storms and economic collapse gripping the United States. As part of that mission, a group of photographers documented the devastation and helped promote the government program. That team, which included some of the best photographers is the country, shot thousands of images, many of which became iconic photographs.

But there were many images the public wasn’t supposed to see. Photographer Bill McDowell assembled a collection of these killed images in Ground: A Reprise of Photographs From the Farm Security Administration (Daylight Books). The book contains repurposed outtakes from such photo heavyweights as Walker Evans (including images from his work on Let Us Now Praise Famous Men), Carl Maydans, Marion Post Wolcott, Arthur Rothstein, Russell Lee, and others.

Roy Stryker was the man charged with selecting and overseeing the FSA photographers. All the images went to Stryker’s office in Washington, DC, where his team cataloged and edited the photos, which were then eventually archived in the Library of Congress.

He had a harsh method for marking undesired images. During the editing process, the team would literally punch a hole in the negative. The tool left a black, round scar on the image, so they could never be printed.

It is not unlike editing photos from the back of your digital camera, deleting everything but the handful of shots you think you might actually use. 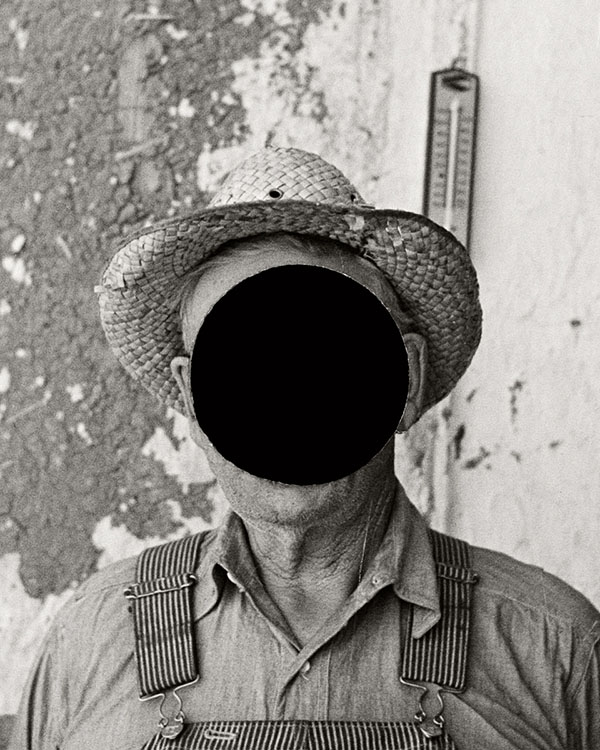 In this case, however, these discarded images gained a new life. Photos once meant to be a very straight documentation of the United States now take on life as post-modern art pieces. More than just offering a glimpse at outtakes and giving insight to Stryker’s editing process, the photos stand on their own in this collection.

In many photos, Stryker’s punch-out looms over the picture like an ominous, black sun. In others, it completely obliterates a face or disrupts an otherwise serene landscape with a threatening black hole. The empty circle takes center stage in all the images. It is not subtle. McDowell’s sequencing of the photos includes close-up crops of many images where the punch-out hole becomes the subject of the photo.

Here’s an example of an original, unpunched image along with an edited version from the same shoot. A detail of this photo is above.

Those versed in the world of photography (and even those not) likely know at least a few FSA photos well. This book mines that treasure trove a bit more deeply, offering a fresh take on a subject that has been studied by archivists, researchers, and historians for decades. It’s a wonderful, artfully edited book. 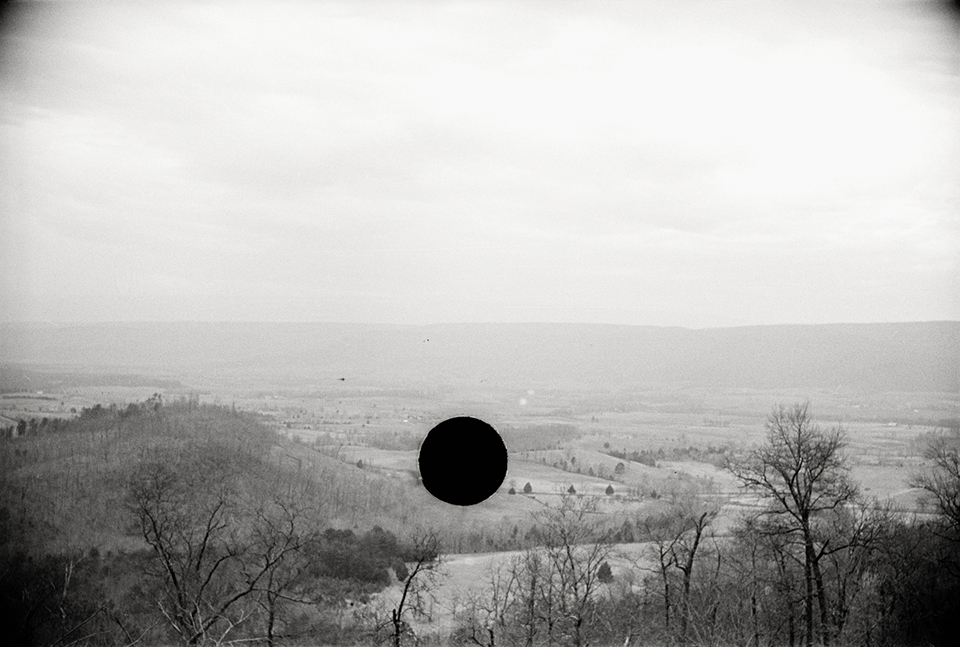 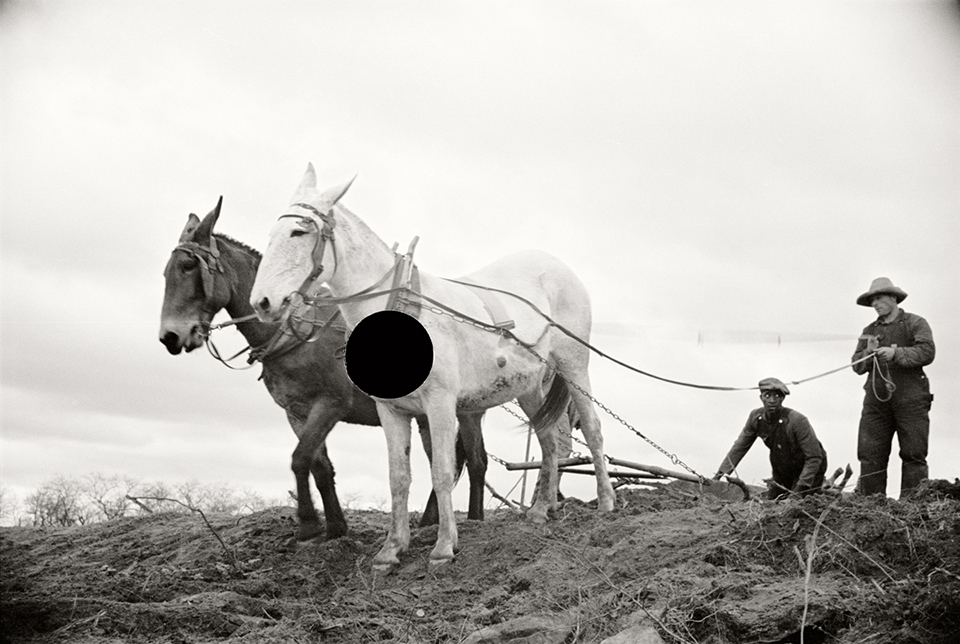 Getting fields ready for spring planting in North Carolina, 1936 Carl Maydans/Library of Congress 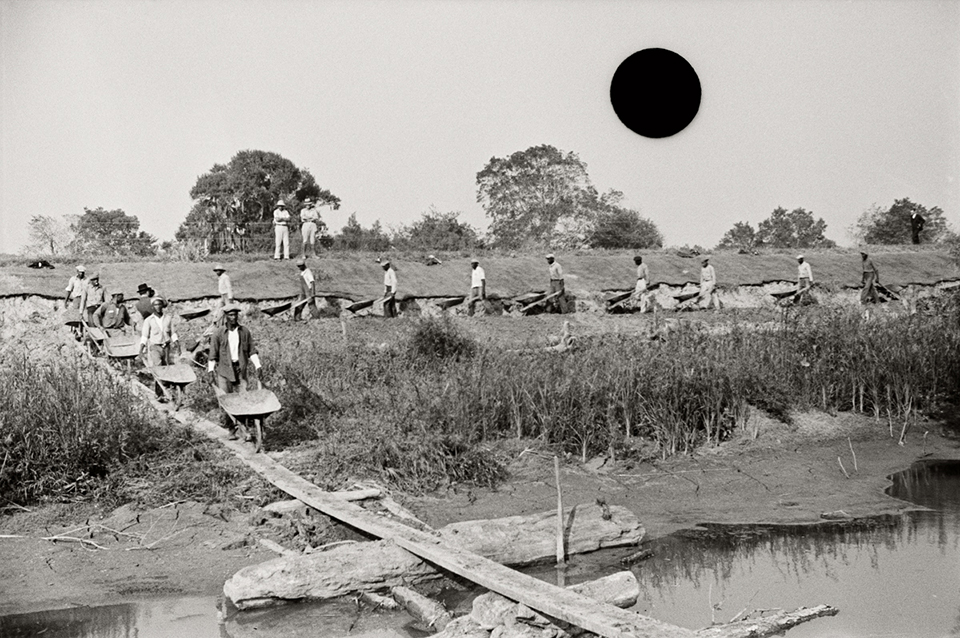 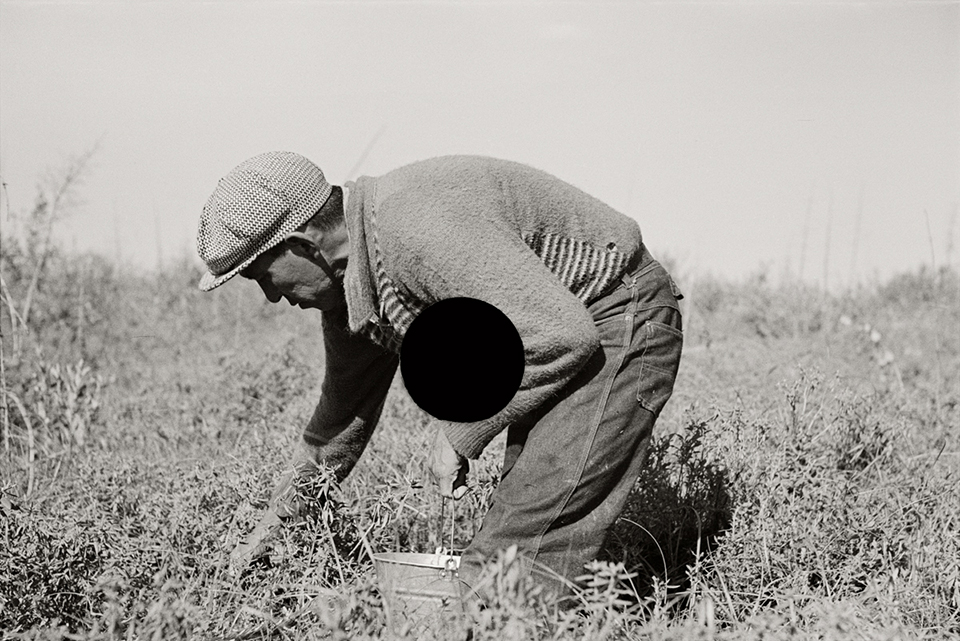 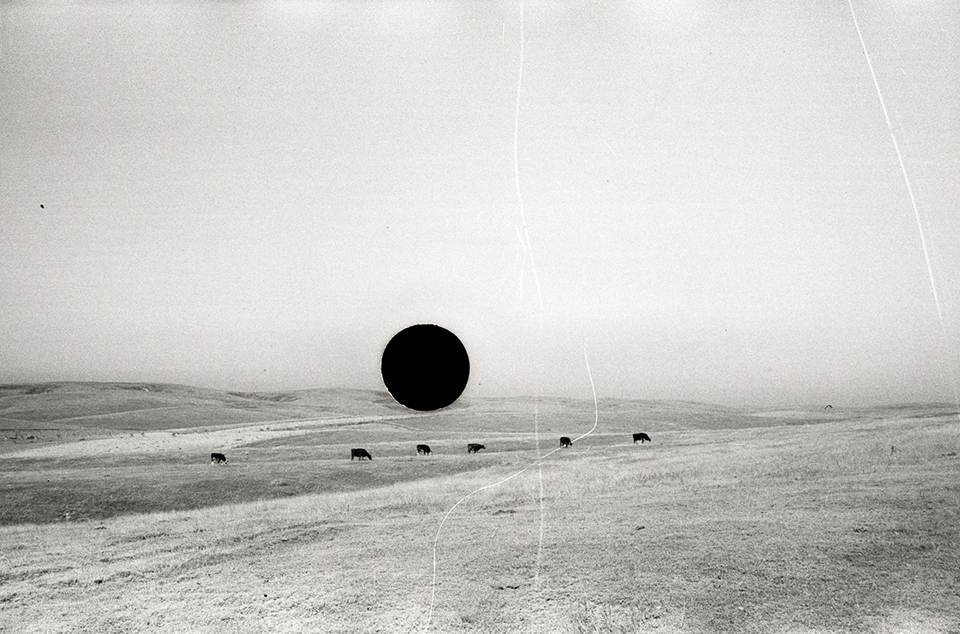 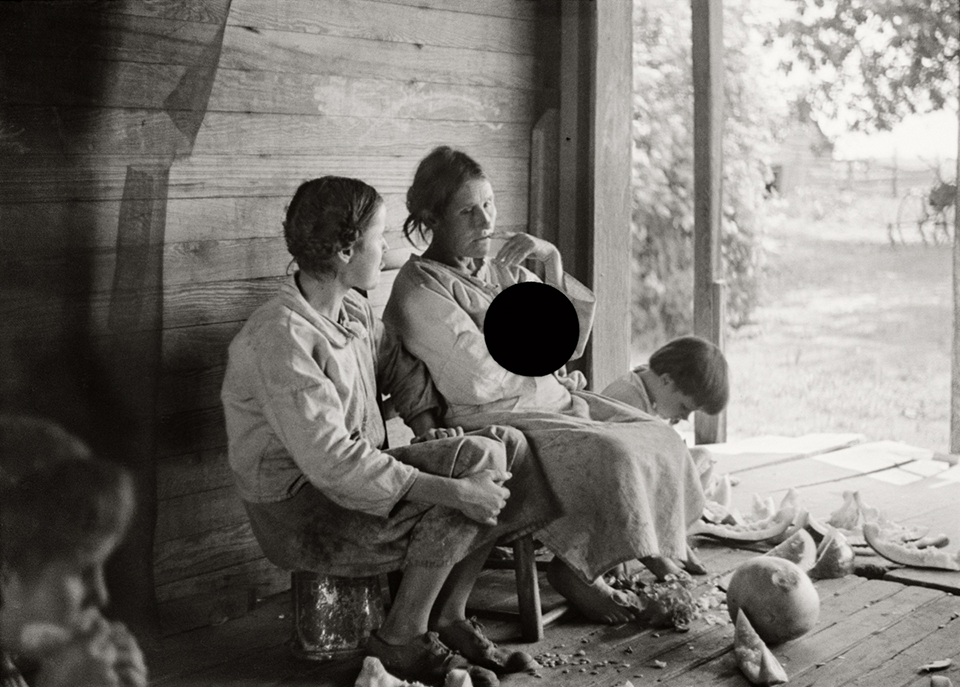 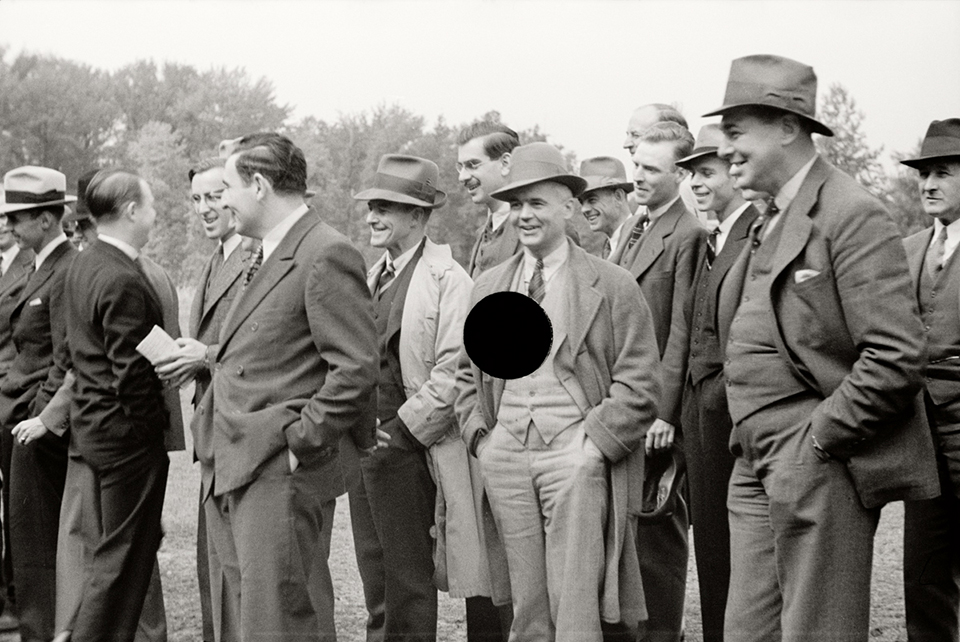 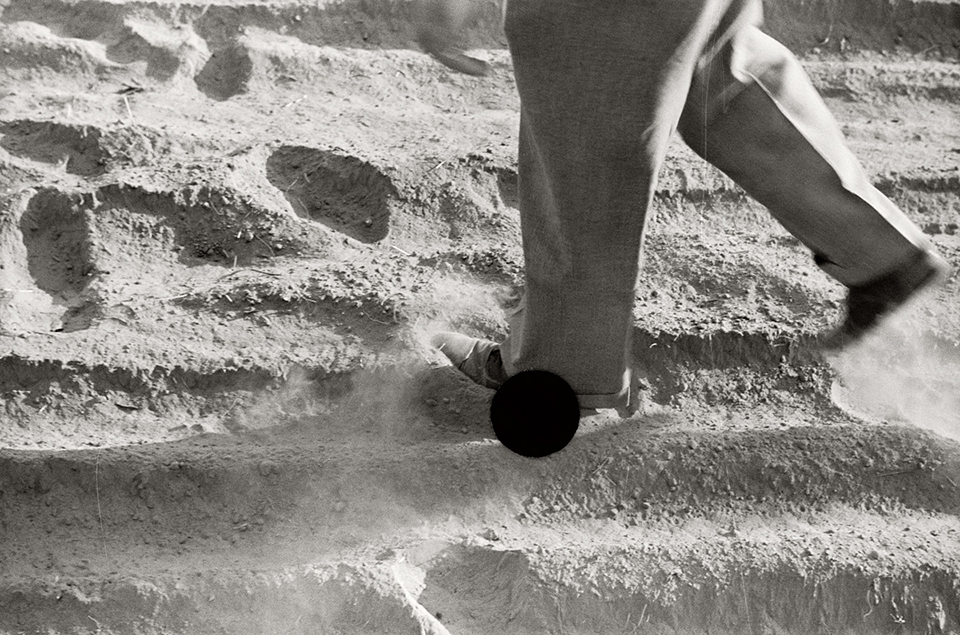 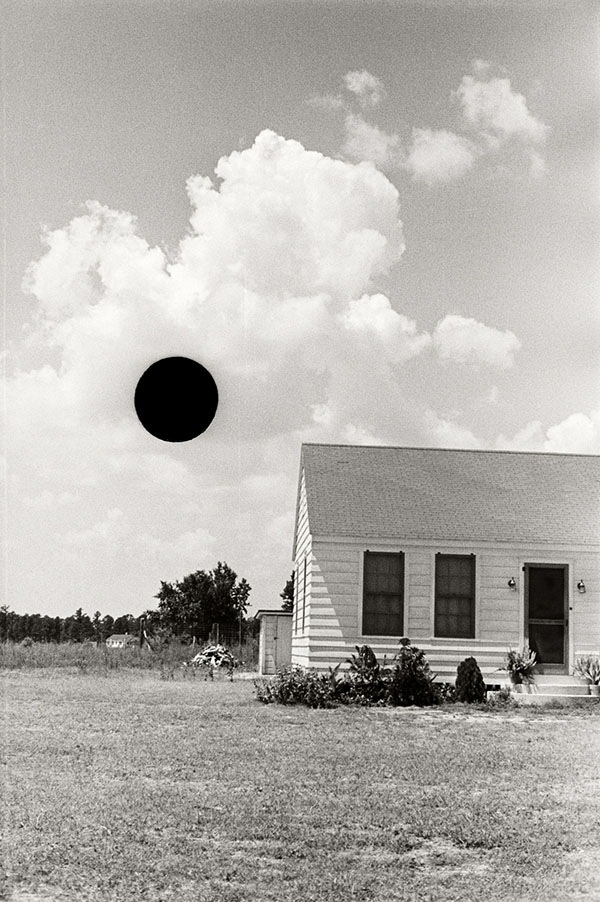