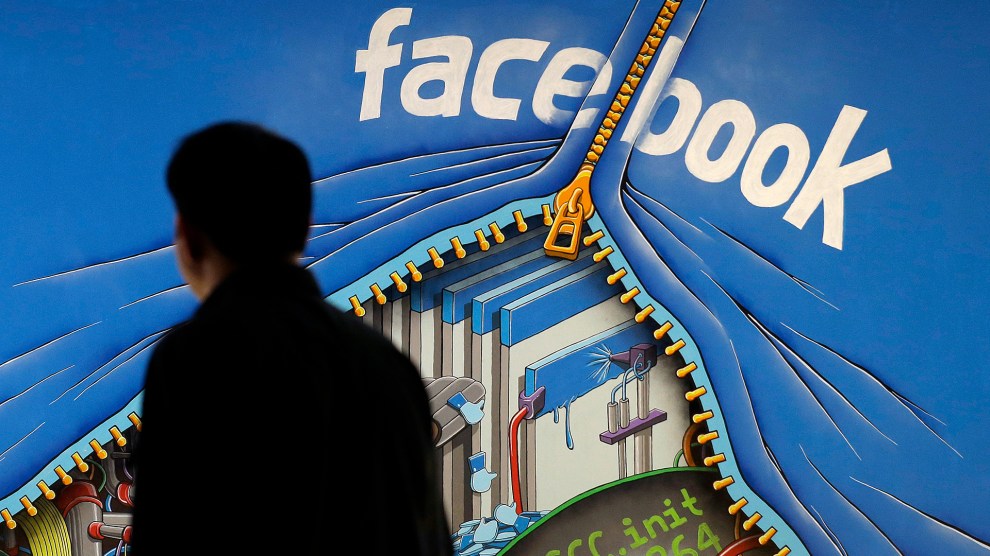 What role did Facebook-fueled fake news play during the election? We don’t yet have all the answers, but one BuzzFeed analysis found that largely pro-Trump fake stories received more “engagements”—shares, reactions, and comments—than the top election stories from 19 major news outlets combined. That’s not trivial. According to the Pew Research Center, most Americans who turn to social media for their news are only getting it from one platform—with Facebook being the most common. 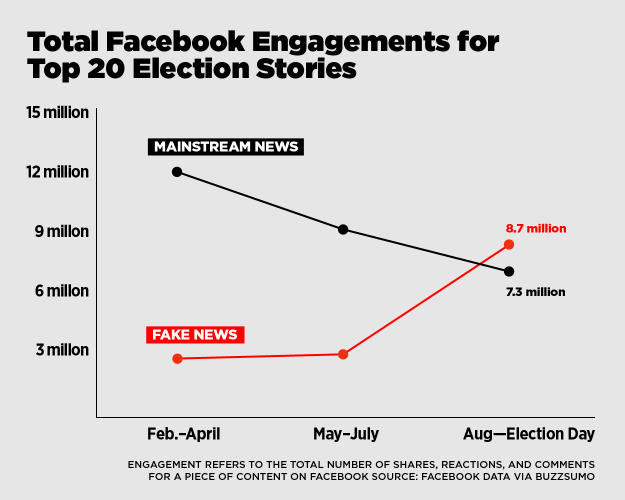 Recent outlandish headlines included “I Was Paid $3500 to Protest Trump’s Rally” and “FBI Agent Suspected in Hillary’s Email Leaks Found Dead in Apparent Murder-Suicide.” The definition of “fake news” is broad, and not all these stories are invented from whole cloth, argues David Mikkelson, the founder of debunking website Snopes: Some are better described as “highly distorted clickbait,” containing nuggets of fact repackaged into extraordinary falsehoods by partisans for political effect.

Under pressure to combat misinformation, CEO Mark Zuckerberg promised action in a Facebook post early Saturday morning: “I want you to know that we have always taken this seriously, we understand how important the issue is for our community and we are committed to getting this right.”

So how exactly did fake news stories rise to such outsize prominence on Facebook? We’ve laid out a few key moments:

Facebook launches its Trending News section to “surface interesting and relevant conversations in order to help you discover the best content”—optimized to reflect users’ interests and deliver viral news.

Facebook founder and CEO Mark Zuckerberg also meets with a group of conservative leaders, including Glenn Beck and Barry Bennett, a senior Trump campaign adviser, to discuss their concerns of bias. (Breitbart editors declined the invitation, saying they had already “out-hustled” Facebook.)

Facebook announces changes to its algorithm to prioritize personal posts and shares from friends and family over business pages, including news outlets. Some publishers freak out about traffic.

Facebook fires its entire Trending News team and says it will instead rely on algorithms, with engineers fixing mistakes later. Within three days, a fake news story about Fox News anchor Megyn Kelly being fired for pro-Clinton views trends for several hours before being removed.

Facebook censors a Pulitzer Prize-winning photo of a Vietnamese girl fleeing Napalm for violating nudity standards, but restores it after a storm of criticism. The editor-in-chief of Aftenposten, the Norwegian newspaper that had posted the photo, cautions Zuckerberg: “Mark, you are the world’s most powerful editor.”

BuzzFeed News reveals that Macedonian teens are responsible for running more than 100 pro-Trump sites and spreading viral, often false stories, on Facebook, such as the Pope endorsing Trump. Some of their posts received up to 480,000 shares and one teen reportedly earned between $5,000 a month and $3,000 a day, depending on traffic.

Zuckerberg denies Facebook perpetuates fake news. “Of all the content on Facebook, more than 99% of what people see is authentic. Only a very small amount is fake news and hoaxes,” he writes in a Facebook post. “Overall, this makes it extremely unlikely hoaxes changed the outcome of this election in one direction or the other.”

Earlier, Zuckerberg had said the idea of Facebook playing a role in the election was a “crazy idea.” But some of his workers disagree: In response to Zuckerberg’s statement, an unofficial task force secretly forms to tackle the issue, according to BuzzFeed News. “Those of us at the company know that fake news ran wild on our platform during the entire campaign season,” said one Facebook employee.

Gizmodo alleges Facebook had developed a tool to suppress fake news but didn’t release it for fear of conservative backlash, since it disproportionately affected right-wing news sites. Facebook responded by saying it “did not build and withhold any News Feed changes based on their potential impact on any one political party.”

The lead writer of multiple fake and satirical news sites, including National Report, says he helped elect Trump. “My sites were picked up by Trump supporters all the time,” Paul Horner told the Washington Post. “They’ll post everything, believe anything.”

“I hate Trump,” Horner admitted, though he said the income from fake news was too good. “Right now I make like $10,000 a month from AdSense,” he said, referring to Google’s advertising platform. Earlier this week, the search giant announced a new effort to restrict hoax sites.

The Washington Post features two young writers from Long Beach, California, who run the site LibertyWritersNews.com. The self-proclaimed “new yellow journalists” admit to exploiting distrust of mainstream media with false stories and Facebook-optimized headlines. They claim their outfit is so lucrative that they fear disclosing exactly how much their stories make out of fear that their friends will start asking for loans.