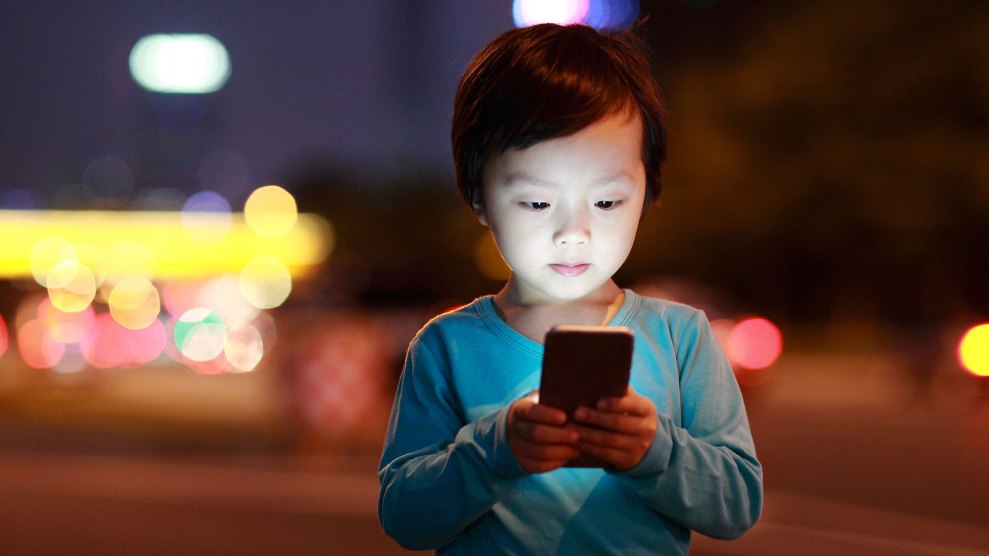 In the early 1960’s, Canadian philosopher Marshall McLuhan coined the term “global village.” He predicted that electronic technologies would come to connect citizens around the world, forming one huge community. Mark Zuckerberg, whose company Facebook has 1.8 billion users worldwide, continues to echo the idea in his public talks, including in February when he apologized about the spread of fake news on his platform and restated his mission to “build a global community that works for all of us.” But was McLuhan right? Have the internet’s inventions brought us closer together?

Ramesh Srinivasan, a professor at UCLA, raises this question in his debut book Whose Global Village? Rethinking How Technology Impacts Our World. As a researcher focused on the relationship between technology, politics, and society, Srinivasan proposes a deconstruction of Western tech company narratives. He points out that today’s most popular technological tools were developed by just a few men in Silicon Valley. And while their social media platforms may be wildly popular, these founders tend to get too much credit for influencing events around the globe. For instance, Srinivasan points out that there is a belief that the Egyptian revolution during the Arab Spring in 2011 was only possible thanks to Twitter and Facebook—actually, less than 10 percent of Egyptians had access to those platforms in their homes at the time.

Srinivasan also shares his own experiences about community empowerment through technology with Native Americans in California and New Mexico, and with locals in Egypt and in rural India. In addition to greater transparency in contracts established on the Internet, the author urges for the creation of more tech tools that respect cultural values ??and the voices of local communities.

Mother Jones: Why did you write this book?

Ramesh Srinivasan: The book really comes out of my own personal experience. I am a former engineer and I was really excited about the possibility of building better technology to serve humanity. A lot of us as engineers have this belief that if you build a tool you somehow can empower humans economically or socially. The idea of building a better technology often means more efficiency. When I was in graduate school at MIT I was trying to think about how to develop software and systems for farmers and villagers in India. In the process of doing that, I realized that my reference point was internal to the laboratory, rather than in the communities that I was wanting to serve. So in a sense I was not necessarily thinking about the values, belief systems, and the realities that are being experiencing by the communities that I was supposed to be working with. I realized that I could no longer assume what a good technology looks like from inside the laboratory; instead, I had to be in the world with people. Not just designing for them but with them.

“I realized that I could no longer assume what a good technology looks like from inside the laboratory; instead, I had to be in the world with people.”

MJ: What is the real meaning of technology to you?

RS: Technology is nothing but an expression of human values. It’s not neutral, it’s not about efficiency, it’s about people’s values and their knowledge.  If you share information widely, but you present that information in ways that fits your own view, you’re actually still misrepresenting. So instead what you should do is figure out ways to build systems that allow people to experience and classify their information in ways that are meaningful for them.

MJ: What is the “global village,” and why is it a myth?

RS: It was a term that was stated by Marshall McLuhan; his prediction was some kind of electronic communication technology would emerge to instantaneously connect the world so much so that the whole globe would be like a village. The question isn’t about global village but whose global village. The point I’m trying to make is if these networks of communication technologies are owned, monetized, surveilled, and classified by those with power—very few people, mainly white men in Silicon Valley—then it is a global village build upon the ideas, visions, words, and protocols of the few. So it’s not global—it’s like Epcot center. It’s like Disneyland: a small worldview of the larger world.

MJ: As you said, Twitter and Facebook were accessed in fewer than 10 percent of Egyptian homes in 2011. Why do people believe the revolution was led by this kind of technology?

RS: Some of the activists of course were using social media. But overall in the country, including in Cairo, a very small percentage were using it. They were using these tools to influence journalism, to influence the international coverage. The Egyptians used every form of organizing they could think of and they built coalitions. A lot of the people that were involved in this had been organizing for 30 or 40 years.

MJ: Why do you say that inequality today is a major part of the story of the internet?

RS: In its early days the Internet seem to be a counter cultural space and an anti corporate space, now is the place for corporate economic production. What the internet is now isn’t what it used to be and it doesn’t have to be what it turns into. Instagram was sold to Facebook for $1 billion with 13 employees in the Bay Area. In the same year, Kodak, which had employed more than 40,000 people, was bankrupt. What is happening in a digital economy where 40,000 people lose their jobs and 13 people become super millionaires? Those systems are created in such way that support the capturing of data, keeping of data, buying and selling the data to support what we call corporate surveillance. These are things that are happening right now and they’re really bad.

“What is happening in a digital economy where 40,000 people lose their jobs and 13 people become super millionaires?”

MJ: What are the main conceptual changes that the World Wide Web has faced since the 1990’s? It was a more decentralized structure before, right?

RS: Absolutely, it was horizontal, decentralized. It was like being in Wild West, the frontier. There is a reason why Electronic Frontier Foundation is called that way. It was supposed to be this open place where all sorts of crazy stuff could happen, like unpredictable, uncontrolled space, that really supported autonomy and privacy, but still worked because people had an idea of social contract. You could kind of be free and expressive but you already knew when you joined the internet, you knew that you should not be a troll. So what happened? Part of it is the internet scaled to such a degree so the kind of idea of a social contract or a community became increasingly difficult to maintain. Part of it is that platforms took over the open internet. You began to experience the internet through platforms that were themselves controlled by specific companies, technical instruments of those companies, like search and retrieval and ordering and classification.

MJ: Isn’t it also a problem of scale?

RS: Scale doesn’t need to mean the absence of decentralization. If you create networks that allow people in their own local systems to have power and agency and sovereignty in their own systems. The idea that people could just know what’s happening with their data. You could work with the platform, in communication with it, more than “I’m just like experiencing as a blind person in a black box”.

MJ: Do you think we should have more legislation about privacy?

RS: Not just about privacy, but also about community sovereignty. Communities that are using the internet should be aware of what the terms of their contract are with these platforms and they don’t even know. Google and Facebook extend internet access across the world, but the access is generally speaking to an internet that is focused on the advertisers to those sites. So I’m really interested not just in privacy for the individual but respect for the local communities. And I think we have a problem with both and whenever industries kind of become almost monopolistic they have to be challenged to be more responsible. We can challenge them in the press, in the courts and in regulation.

MJ: I’m afraid that government ruling the internet might not be a good thing either.

RS: I think the governments need to encourage these companies and convince them that they can be extremely profitable without necessarily spiraling out of control. Without becoming monopolist. But we are getting close to the point where as every platform of tech that has any level of scale gets bought by either Google or Facebook or sometimes Microsoft. We are getting to the point where we see some oligopoly in terms of behavior online, and that it’s really problematic because the oligopolies are completely non transparent, they are terrible in terms of labor and economic equality and they support systems of surveillance. It can create a world where we are all placed in bubbles, where the systems themselves can be manipulated by people who don’t have our best interests in mind. The fake news thing came out that system. Fake news is a product of the internet that is not transparent. Fake news can spread online because as users we have no idea where any of the content we see comes from.

“Fake news is a product of the internet that is not transparent.”

MJ: What do you see happening with the big tech companies right now?

RS: We are at a moment that some of the Silicon Valley companies are feeling the pressure. These days the founder of Twitter apologized that his company promoted some of the things that elected Trump. You don’t see that much of these apologizing from Google. From Zuckerberg you are hearing a little bit more of it, but he is a little more “Oh, well, this is what happens because the internet scaled up and everybody has fake news; oh, we are gonna build a better technology”. This is what engineers in Silicon Valley typically do. “Ok, well, of course there are some problems of our technology because it is so excellent and is so global so we are just gonna build a better one.” What do you mean by better? They are not understating that they are so politically and socially and culturally central in the world. They would probably never have thought that they would become like this. But now that they are, what are they gonna do about it? I have a lots of friends who work in these companies: it’s about taking responsibility.