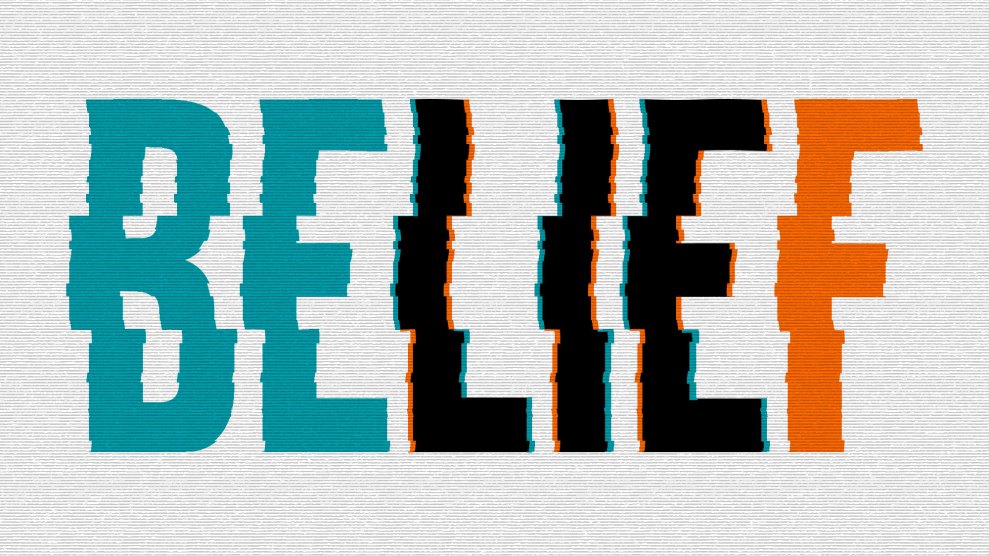 The other day I was talking to someone I love when suddenly, a gulf opened up between my reality and hers. She was, I realized, a vaccine skeptic. Not an active denier, really—just, as she put it, someone who “doesn’t know where the truth is on this.”

This is a smart person and careful to avoid misinformation, so I asked why she didn’t recognize what I assumed to be staggeringly obvious—that vaccination is needed to protect not just ourselves, but the most vulnerable people in our community. She looked at me apologetically and said, “I’m not a parent, and this isn’t something I’ve had a chance to look at in-depth. All I know is there is lots of controversy. There are people who say it’s really important to vaccinate and people who say it’s dangerous. And on both sides there are people with real medical degrees. There’s so much information out there—how am I to sort out who is right?”

It made a lightbulb go off. Because of course: We all have access to more information than ever before, and as a result it has become harder than ever to be informed. Our social feeds are flooded with articles that sound objective and quote experts galore, that are shared by people we trust, and that recount stories that affirm our beliefs: Immigrants are taking our jobs. Immigrants are the lifeblood of the country. The economy is becoming more unfair thanks to President Trump and the tax bill. The economy is finally picking up thanks to Trump and the tax bill. The kids in Parkland are responding bravely to seeing their classmates murdered. The kids in Parkland are dupes or paid actors.

We all have a few topics we know a lot about. On almost everything else, we’re buffeted by contradictory, often plausible-sounding claims. How can we ever sort out who’s right?

It’s that precise juncture, where we throw up our hands, that propagandists recognize as their perfect opportunity. That’s why they work so hard pushing outlandish, even crazy-sounding arguments: Because the more noise you create, the more likely people are to take shortcuts evaluating credibility, or give up on the possibility of discerning truth at all.

It seems impossible to look at Parkland and see paid actors or false flags. But once the notion is out there, some people will believe it, more people will spend time and mental energy arguing about it, and a lot of people will just throw up their hands.

That’s what’s so incredibly effective, and dangerous, about the propaganda principle called the “Firehose of Falsehood.” Flood the zone with wild, disjointed claims that have no connection with reality or even contradict each other, and reality starts looking like just another random theory. It’s the opposite of “where there’s smoke, there’s fire”: You create so much smoke, people can no longer see the fire.

But…there’s a but. It turns out the firehose of falsehood may not be invincible; confronted with facts, it ultimately turns into a trickle. In 2016, long before the election that showed us all how powerful disinformation can be, the RAND Corporation published a study of propaganda techniques that noted that truth can actually serve as an inoculant. Giving people facts and context makes them less vulnerable to BS.

You might be thinking: Since when? Haven’t we learned that facts don’t matter, that people actually believe a lie more strongly when you confront them with the truth?

Turns out that like every other assumption, this one deserves to be challenged—and it doesn’t hold up. Slate’s Daniel Engber has a great deep dive on new research that has begun to debunk what’s known as the “backfire effect.” In fact, people (even those fairly hardened in their beliefs) will often correct their misperceptions when they are confronted with the truth. “At least one variation of the end-of-facts thesis—that debunking sometimes backfires—has lost its grounding in the data,” Engber writes.

Back to vaccines for a second: At one point I was something of a doubter, too (at least when it came to the flu vaccine)—so convinced was I of my invulnerability, so suspicious of any kind of authority. But that same skepticism also drew me to journalism, and journalism demands that you question not just authority, but your own biases, too. You’re required to punch holes in the ideas that seem most plausible, challenge the sources that appear most sympathetic. Journalism is not science, but good reporting draws on some of the same principles as the scientific method: have a hypothesis? Expose it to the facts and give the evidence its best shot at proving you wrong.

At Mother Jones, we hunt out junk information relentlessly. A team of fact-checkers marks up articles word by word, sentence by sentence, and seeks corroboration for each one. Every claim that one of our investigations makes has to survive this gauntlet. (Here’s a great piece by former factchecker Mac McClelland that describes the process.) And we show our work, linking to our sources and uploading the documents we’ve used, so that you can trace the chain of custody of every assertion.

Two years ago, American voters were confronted with a flood of conflicting and confusing information—a good deal of it manufactured, as we now know, by demagogues and propagandists—and many threw up their hands: “There’s lots of controversy. How could I ever sort out what’s true?” But 2018, for the sake of our democracy, has to be different. We have to get out in front of the epidemic of junk information. Here at MoJo, we hope our work serves that end.

So let me close with a plug: If you’d like a regular dose of stories that stand up to our fact-checking scrutiny, our email newsletters fit the bill. You can sign up right at the top of this article, or go to this page to learn more. And if you like what you see, please consider sharing the stories with your circles, too. Because truth does work like a vaccine—it’s most effective when it gets to as many people as possible.

We’d also love to hear from you: Can you recall a moment when you really changed your mind about something? What made the difference? Tell us about it.

We may share your response with our staff and publish a selection of stories which would include your name, age, and location. We respect your privacy. Your email address will not be published and by providing it, you agree to let us contact you regarding your response.