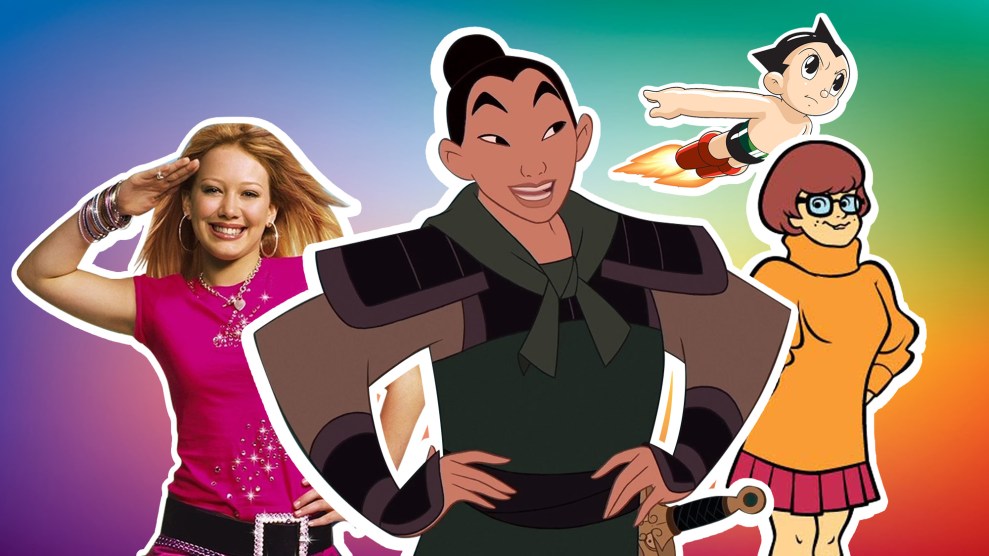 Growing up, the fictional characters I identified with most were Kim Possible, Monica from Friends, and Giselle from Enchanted—none of these women are queer, at least canonically. So, at 17, when I realized I was queer, I was a bit surprised.

Those characters didn’t help me realize my identity. Before coming out, I never saw an LGBTQ figure in fiction and thought, “Oh! That’s me.” But after, it was important for me to seek out work that represented my experiences. I searched restlessly for stories that included LGBTQ characters. I found that young adult fiction was key: I read Will Grayson, Will Grayson, and later Tess Sharpe’s Far From You. The latter is a queer teen romance that is also a murder mystery, featuring a bisexual girl with a chronic leg injury as the main character.

Last year, I watched the first three seasons of the infamous television show The L Word—as much as I could stand. It is a seminal piece of work, one of the first shows to center around lesbian relationships, but I also think it’s one of the most poorly written shows ever to grace my television. (But I am excited for the reboot.) Yet I could identify with sweet, emotional, feisty Dana coming out to herself, then everyone around her. I knew that story, or some version of it. I also found parts of myself in Juliet Takes a Breath, which is to date my favorite imagining of the coming-of-age novel.

Of course, these all feature canonically queer characters. Other LGBTQ folks have been more creative than me, finding representation in Disney movies like Mulan, with the titular character’s exploration of gender norms and Li Shang’s seemingly fluid sexual orientation (he’s now a de facto bisexual icon).

shang is giving mulan the exact same look even when he thought she was a man THIS BISEXUAL TEA pic.twitter.com/KoVcj7iNAR

Still other works of fiction have helped people realize they weren’t straight, from Kim Possible—there’s been much speculation about Shego—to Cadet Kelly. And there’s a wealth of children’s media that falls into this category—where characters are perceived as LGBTQ even if writers don’t say they are. There is little, however, in the name of explicitly, canonically LGBTQ characters in children’s literature or TV: One report found just 57 books featuring LGBTQ characters for third-to-fifth-graders published over a nine-year span, from 1993 to 2012. More broadly, GLAAD’s most recent “Where We Are On TV” report revealed that only 6.4 percent of characters on broadcast television would be LGBTQ this season—higher than ever, the report notes, but that still leaves young LGBTQ people wanting more.

We’d like to hear from our LGBTQ readers about when you first saw yourself in fiction. Which characters did you identify with? Did the scene where Mulan cut her hair with a sword make you realize you don’t want to conform to feminine standards, either? Maybe you noticed you had a thing for Hilary Duff when watching Cadet Kelly? We want to hear about what these characters mean to you—share your story below, email us at talk@motherjones.com, or leave us a voicemail at (510) 519-MOJO.