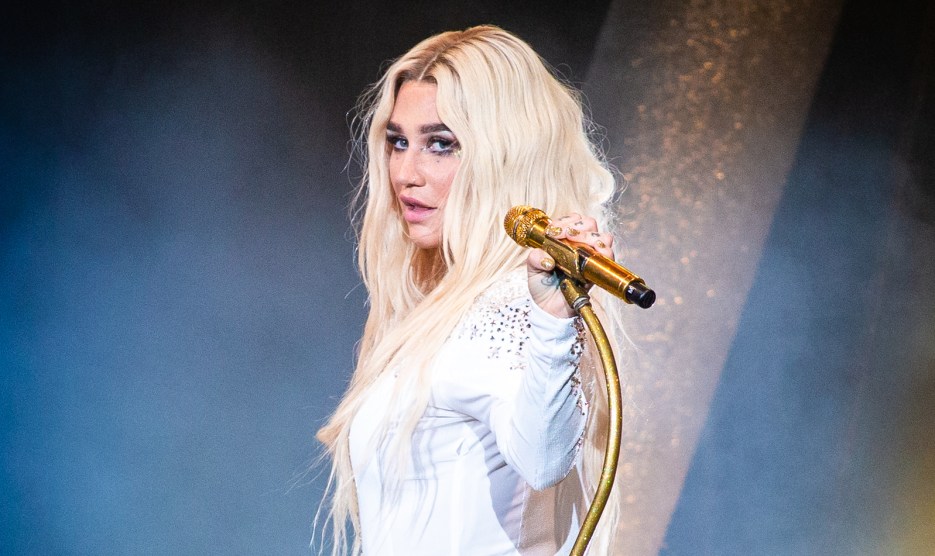 Why we’re into it: Kesha returns to the oddity and weirdness that made her early career so exciting.

It’s been almost a decade since Kesha became a household name with her record-breaking single “TiK ToK.” But when she stormed popular culture in 2009, no one could’ve predicted how she was going to evolve over the next 10 years.

From pop’s party girl to “Praying,” Kesha has transformed herself from one of club pop’s defining stars to one of the few mainstream pop musicians actually engaging with the political world around us. That’s as apparent as ever in her newest track “Rich, White, Straight, Men.” But the song is more than a political statement. Kesha finally sheds the restraints of her recent work for the direct and literal, returning to what made her a star in the first place: excessiveness packaged in oddity.

Rainbow was (is!) an incredible album that did have past elements of Kesha’s signature much-too-muchness—the weird and colorful music video for “Praying,” the tongue-in-cheek interlude in “Boots“—but for the most part it opted for a traditional folk/rock/pop sound. And that sound paid off. Fans who had been longing for new Kesha music ate the album up, rocketing it to a Billboard No. 1 debut. It even snagged two Grammy nominations.

“Rich, White, Straight, Men” definitely isn’t Kesha’s strongest track (Hello! “Sleazy” exists!) but it sure as hell is one of her weirdest. It’s sarcastic and tart, invoking many of the tools and theatrics that have become synonymous with musicians like Danny Elfman and early Brendan Urie. For every progressive claim she makes, a power-drunk male voice has a retort. “And if you are a boy who loves a boy you’ll get a wedding cake and all,” she sings as this voice creeps in to interrupt, “Not in Colorado!”

Some aren’t quite fans of the tune, and that’s understandable. With just a first listen you can tell this isn’t a mainstream pop song. The lyrics are literal, and the production is off-putting. It comes off as a rallying cry rather than a song. But it’s liberating when leaned into. “What if rich, white, straight men didn’t rule the world anymore?” she chants, and it’s hard not to give in and chant with her.

This is the artist who engaged in a rainbow gun fight while half unicorn/half humans partied around her. She wrote a song about “climbing into” her “Gold Trans Am.” She said she’s actually brushed her teeth with a bottle of Jack. Rainbow was a welcome and mature diversion from that. But with “Rich, White, Straight, Men” Kesha leans back into her oddity, and it’s a fun take on using pop music to do more than make muddled metaphors about politics.