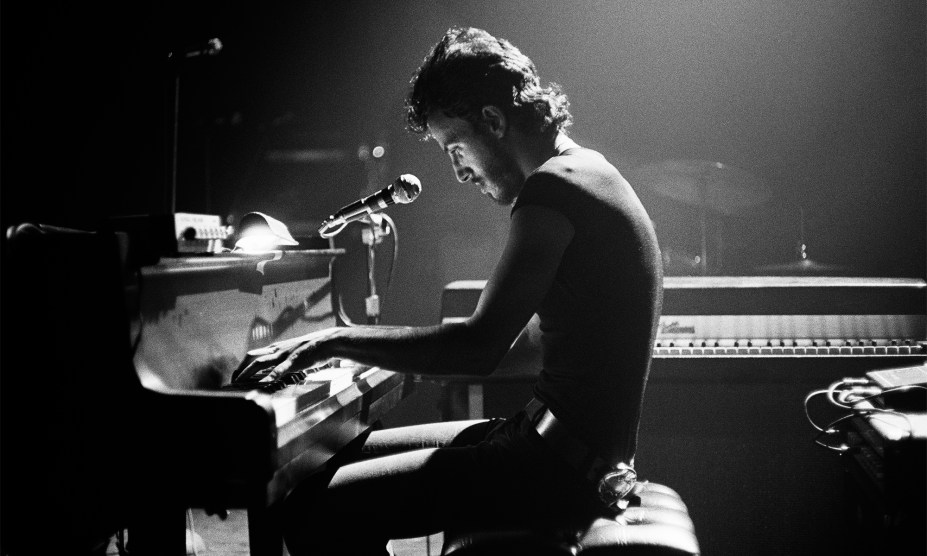 In the crowd, a music critic would write that he had seen the future of rock ’n’ roll. Sitting on a drum case at the same Harvard Square venue that night in 1974, photographer Barry Schneier focused his lens on the 24-year-old from New Jersey who was quietly beginning a song called For You on the piano.

Schneier printed a few of the images. Then he moved West, got married, had three children, and began a career in corporate video and event production. Decades later, prodded by his kids, Schneier submitted the photograph of Bruce Springsteen in a Boston Globe photo contest. He won.

The image captured the attention of Chris Phillips, the editor and publisher of Backstreets, a long-running Springsteen fan site. Backstreets published a few of Schneier’s photographs from that 1974 night in Cambridge, of which critic Jon Landau wrote: “I saw rock and roll future and its name is Bruce Springsteen.”

Readers wanted prints. A crowdsourced drive for a deluxe book of Schneier’s images raised $100,000. Suddenly, as the Boston Globe reported last week, Schneier was doing what he wanted to do as a young man—and taking photos again, not just of local concerts but of events at the Grammy Museum and the Rock and Roll Hall of Fame.

One night, his wife, Marty, asked if Schneier, now in his 60s, wanted to devote himself fully to photography again.

First, citizenship. The 31-year-old Armenian American woman began to experience contractions while walking to her citizenship ceremony on Thursday. She was due to have a baby the following week, but it seemed to be coming now. The high school history teacher was so worried about President Trump’s threats against immigrants, she said—and so desperate to become a naturalized American—that she wouldn’t leave the judge before he administered her citizenship. US District Judge Cormac Carney rushed a personalized citizenship oath before the scheduled ceremony in Los Angeles. Minutes later, he presided over 3,200 new Americans, from 114 countries, taking the oath of citizenship. And the woman’s contractions eased after bedrest that afternoon. Her baby is scheduled to be delivered by cesarean section this week. (Reuters)

Celebrate good times. To save endangered pillar coral, scientists in Florida worked to improve the mood for romance. They set lighting and water temperatures in a lab containing coral. The idea: Make the critters think it was prime time to spawn—just after sunset. It worked. For a half-hour, a lumpy brown coral put a cloud of sperm into the water, and female coral pushed out eggs to mingle with the cloud. And voila!—30,000 coral larvae were wiggling around. Scientists have called the Florida experiment a massive breakthrough in trying to save coral. “Our celebration,” said Keri O’Neil, the Florida Aquarium’s senior coral scientist, “was just to collect the larvae and start raising them.” (Tampa Bay Times)

The political act…of swimming. A growing number of observant Muslim women are standing up and diving in, entering the surf in swimwear of their choice despite sometimes intolerant or hostile expectations and pressures from many directions. And institutions such as the YMCA are changing their policies to help them do it. After overcoming bureaucratic obstacles and a few scornful fellow swimmers, the women said it’s joyfully refreshing, empowering, and politically fulfilling. For some, their children forced them out of their comfort zone. For others such as Manar Hussein, who hadn’t been to the beach in years, they were tired of sitting on the sidelines. “I don’t want to have to worry about my burkini,” said Hussein, 27, entering the Atlantic surf in Long Branch, New Jersey, in her new swimsuit. “I just want to wear it, be happy with it and just go to the beach.” (HuffPost)

A puffin update. For those intrigued by last week’s Recharge column on surging Atlantic puffin pairings off the Maine coast, this summer was indeed record-setting for breeding, reports the Union of Concerned Scientists. On the Maine island of Egg Rock, where the National Audubon Society has had an outpost for nearly a half century, volunteers counted 188 breeding pairs of the birds, surpassing last year’s record of 178. Thanks to Derrick Z. Jackson for the tip.

I’ll leave you with this image, by Josh Packer, of Horseshoe Bend in Glen Canyon National Recreation Area in Arizona, via the Interior Department’s Twitter account. Happy trails in the week ahead!