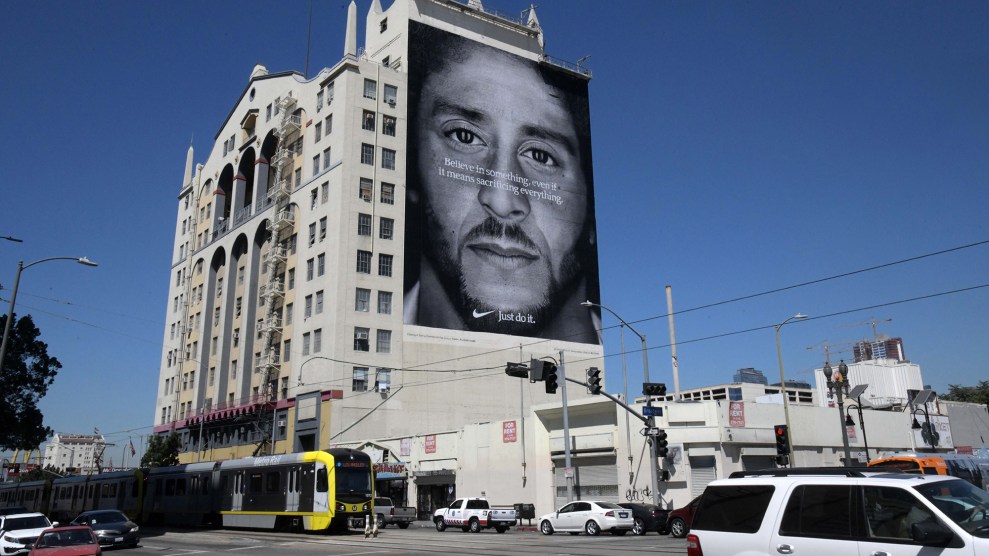 The brands want you to know they are woke. In tweets, in commercials, in press releases this week the brands have been telling consumers they are mad as hell and they will not take it anymore. Black lives, the brands insist, matter.

In many cases these performances have been cringeworthy, as my colleague Inae Oh called out the other day, lamenting the “familiar parade” of brands linking up with ascendant social movements. It is undeniably gross seeing the moment’s most urgent political arguments expressed as consumer signaling, often by companies that have made good money off the oppression being protested in the streets. But for all its hypocrisies, woke messaging on the whole isn’t worthless. It tells us something important about people’s shared desires.

The reason L’Oreal declares that “speaking out is worth it” is not because L’Oreal woke up one night in a cold sweat and realized the ills of the world must be righted (though I am sure that many of its employees have had that experience). It’s because, over the last decade, it has become clear to businesses everywhere that what happens on social media does not merely stay on social media. People want to spend their money on brands they agree with. Consumers demand corporations take positions on things they never would have before. It happens with gay rights. It happens with the environment. It happens with guns. These examples are not, as some woke-brand critics would have it, a sign of impressionable consumers mistaking their materialism for meaningful political action; it’s a sign that materialism alone isn’t enough for people—that they need their Nikes to be something more than just shoes.

The demand to be fulfilled beyond what the products alone can offer is what makes brands an unexpected ally in fomenting rebellion. In the ’60s, corporate America didn’t so much co-opt the counterculture as help to spread it via advertising, along with the seditious idea that people deserve to be gratified in their desires. Corporations are mechanisms for generating profit. That’s what they do. They don’t care about any of us beyond the revenue we can provide. That they have accepted today that there’s a buck to be made off a movement for Black liberation is both a sign of its mainstreaming and a stimulant to keep it going. If there’s any manipulation at work here, it’s not corporations manipulating people into thinking they care; it’s people manipulating corporations into helping their cause.

Brand positioning doesn’t always encourage more freedom for more people. The beauty industry’s ads have long exploited and reinforced the subordination of women’s bodies to men’s desires. And that’s to say nothing of the cautiousness with which corporations have historically approached social advocacy. “In general, companies were more worried about the costs of taking a more liberal stand on such issues,” a University of Michigan professor named Jerry Davis wrote in a 2016 history of corporate advocacy for The Conversation:

Traditionally, corporations aimed to be scrupulously neutral on social issues. No one doubted that corporations exercised power, but it was over bread-and-butter economic issues like trade and taxes, not social issues. There seemed little to be gained by activism on potentially divisive issues, particularly for consumer brands.

A watershed of the civil rights movement, for example, was the 1960 sit-in protest by students that began at a segregated lunch counter in a Woolworth store in Greensboro, North Carolina, and spread across the South. Woolworth’s corporate policy had been to “abide by local custom” and keep black and white patrons separated. By supporting the status quo, Woolworth and others like it stood in the way of progress.

But negative publicity led to substantial lost business, and Woolworth eventually relented. In July, four months after the protest started—and after the students had gone home for the summer—the manager of the Greensboro store quietly integrated his lunch counter.

Thirty years ago, Michael Jordan wouldn’t come out against noted evil racist Jesse Helms because “Republicans buy shoes, too.”  And yet this week, Michael Jordan, who still very much sells shoes, put out a statement himself:

In 2018, Nike released a much-discussed commercial with Colin Kaepernick that was centered around the star’s kneeling controversy. Critics worried about the conflation of “political action with consumerism,” as Hemal Jhaveri wrote at USA Today.

As brands move into the debates on social issues, well-meaning consumers confuse buying a product with taking actual political action. It provides the illusion of supporting a cause without having to really do anything to support the cause, aside from opening a wallet. The end result is a simulacrum of progress, where we replace activism with capitalism. It’s a sign post toward which well-intentioned believers can point and say, See, things are moving in the right direction! when the reality is that nothing has changed at all.

But this was giving people too little credit, and in any case consumerism and political action can’t be so neatly separated. The possibilities for action are shaped in part by the culture of the moment (and vice versa). As we saw with Kaepernick, the NFL, and Nike, corporations have a role in expanding or shrinking the circle of permission for forthright denunciations of American racism. I wish that the brands today would go further: donate real money to causes, actually commit to transparent changes within their organizations that live up to the values of the movement to which they’re pandering. Signaling matters insofar as it drives change; those doing the signaling also need to commit to making the changes they are calling for. Notably, most brands (but not all) have stopped well short of actually calling out by name the police whose malpractice and systemic rot are at the heart of the story. But denying the power of ads to reflect and then reaffirm attitudes hobbles our own side in the culture war.

This week there have been lots of discussions about whether Trump’s reelection chances will be bolstered by the upheaval, as many say Nixon was in 1968. People smarter than I have poked holes in that analogy, but one thing that is different is that in 1968, when people watched Nixon’s infamous “law and order” ad, they then immediately watched commercials for Johnson & Johnson or Ford, and those commercials by their very nature acted as accelerants for his message. They were produced to show a perfect life. A calm and happy dream, one you could experience if you bought those products—baby powder or the Mustang or Richard Nixon. The juxtaposition itself made people think, “Well, if we get back to order then i can have that perfect life.” Commercials still do this obviously, but it is better for society that when Trump tries to run a similar play, it is fettered in your Twitter feed by L’Oreal saying that Black Lives Matter.

The woke brands aren’t going to make the world a better place by themselves, but there’s a reason conservatives get so upset about brands taking progressive positions in the culture wars. For years and years the companies were afraid of upsetting conservatives. Every one of these ads, these tweets, says something to them very true: It’s their turn to be afraid.