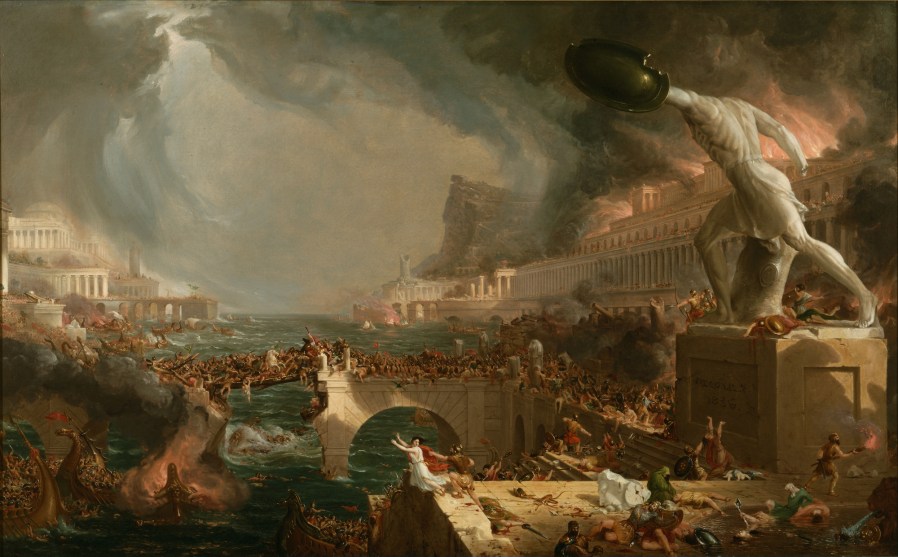 Are we Rome? It’s a question people in the United States have been asking for almost as long as there’s been a United States. It’s also the title of a 2007 book by Cullen Murphy, editor-­at-large of the Atlantic and—full disclosure—­my dad. The book struck a nerve at a time when the United States was mired in two unending wars, beset by growing inequality, and on the verge of economic collapse. But a lot’s changed since then; now we have the wars, the inequality, the threat of economic collapse plus a global pandemic and a president who was once the star of The Apprentice. So with the fall of Rome on everyone’s minds again, I called up my paterfamilias a few months ago to ask a variation of another age-old question: Are we there yet?

Have you read the essay we’re running? What did you think of the premise?

I agree with it 100 percent. I think people have a wrong sense of what the quote-unquote “Fall of Rome” actually was. The date for the Western Empire is always given as 476 A.D. And there’s a particular event that occurs and that is taken as the marker for when the empire ended. But if you were alive at that point and you asked someone in Gaul, or Hispania, or Africa, “Hey, did you hear about the fall of Rome?” no one would know what you were talking about.

It wasn’t a single catastrophic collapse. It was a slow, lumbering, messy deterioration. When you look at what is happening to the United States right now you see something very similar. It’s not being caused by one single silver bullet of a threat. It’s many things happening at once, whether it’s lack of investment in core activities, whether it’s diminishing trust in institutions, whether it’s growing corruption, whether it’s inequality. 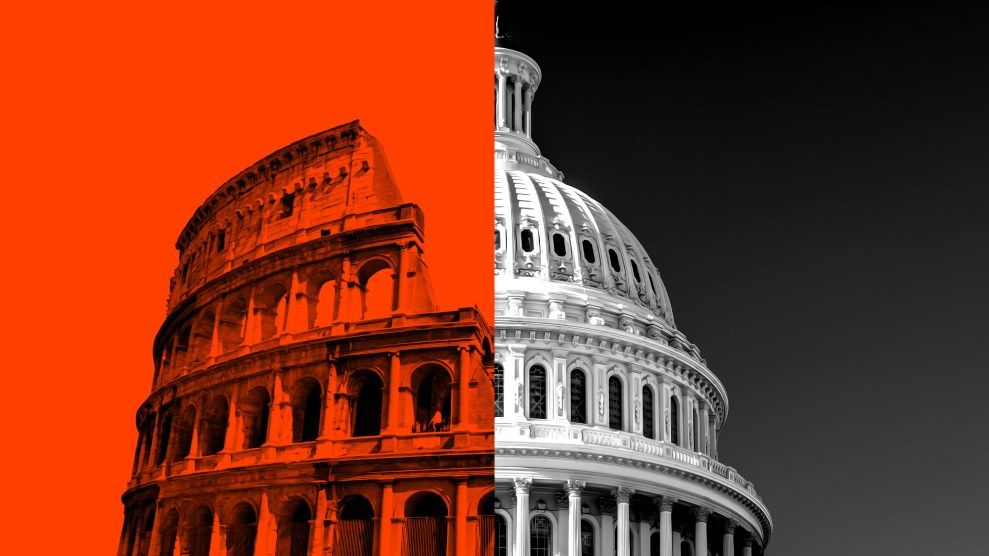 How Do You Know If You’re Living Through the Death of an Empire?

I remember once asking a great scholar of Rome, Ramsay MacMullen, if he could sum up the history of the Roman Empire in a very limited number of words. His sentence was, “Fewer have more.” It’s not hard to look around you and see something similar.

Is there any late-stage Roman emperor who you see as a Trump-type figure?

Well, part of me always goes to Emperor Commodus.

Yes. He was the son of Marcus Aurelius, and the transition from Marcus Aurelius being the “philosopher king” to Commodus being this awful, decadent, brain-dead ruler—I can’t help but think of it in present circumstances.

There’s a wonderful contemporary bust of Commodus. It’s him dressed up as a gladiator, and he’s got animal skins on his head, and he’s carrying a club in one hand—you might want to google it and take a look. And whenever I see that bust of him presenting himself to the world as he wants to be presented, I can’t help but think of that Mar-a-­Lago portrait of Trump in tennis whites.

[Googling] He was looking pretty good! I thought you might argue that he was like a Visigoth or a Vandal.

That’s selling the Visigoths and the Vandals short! Take Alaric. He was a Goth, and he’s responsible for the sack of Rome in 410. But he came from a part of the empire that had once been Roman. He spoke Latin, as well as his own language. He was given positions of responsibility in the Roman military. He was well connected with imperial institutions. The view of the “barbarians” as people who simply wanted to wreck stuff is often very wrong. In many ways what they wanted more than anything was to be part of the ongoing good thing that they saw the Empire as being.

Have you caught yourself thinking of different analogs as the Trump administration has gone on?

I don’t make narrow, specific comparisons too often. I do find myself thinking of America and Rome repeatedly and wondering whether, if I were to write the book now, I would write it differently. I think I would not, because the issues that the book brought up were not really tied to the deeds or misdeeds of any one president or party; they were things that were built into the very nature of the way our country is built and is positioned in the world.

Those are things like the vast military overextension around the world, or the hollowing out of public institutions. That’s a long-term phenomenon, and it has the effect of reducing the capacity of government to do things. You see examples of that occurring all the time—Robert Kraft sending a plane to China to bring back medical supplies to be used in Massachusetts. Great. But this is just a classic example of relying on the ad hoc generosity of the private sector to do something that the government ought to be doing anyway.

Gronk seems to have late-Roman energy.

Gronk would have made a very good sculpture. That can be your last line of the piece.