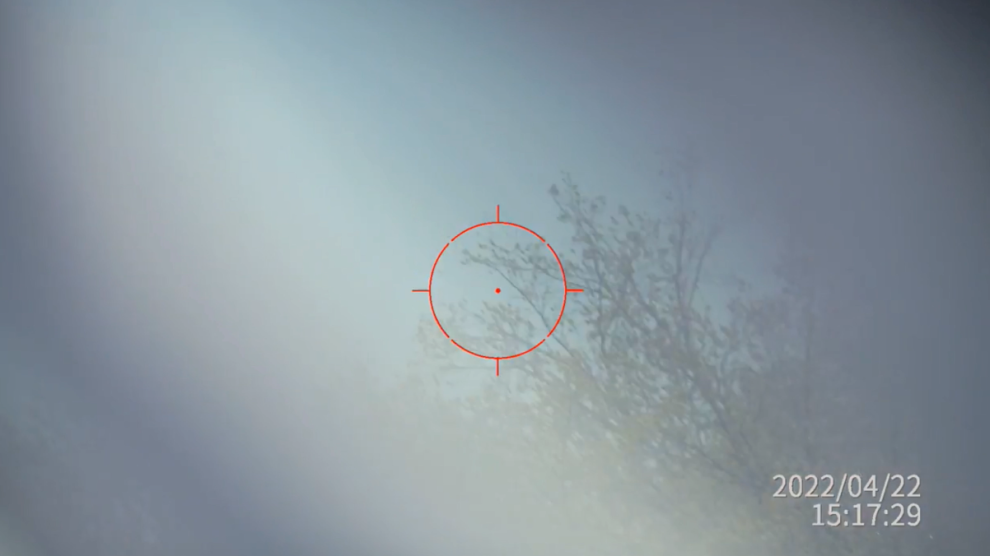 Still taken from a video posted by a gunman during his attack on a school in Washington, DC.

On Friday afternoon in Washington, DC, a 23-year-old gunman opened fire on a school from a residential building across the street, wounding four people and throwing the city’s Van Ness neighborhood into frightened chaos. After a massive police response led officers to a fifth-floor apartment, which contained a sniper setup and stockpile of weapons, the shooter was found dead from suicide. The attack included a disturbing pattern that has escalated in recent years: the perpetrator recorded himself unleashing a hail of bullets and posted the video online as the event played out.

The sharing of such content by news outlets and the general public via social media is known to exacerbate this harrowing form of gun violence, as I chronicle in my new book, Trigger Points: Inside the Mission to Stop Mass Shootings in America. Extensive case research shows that mass shooters often seek sensational attention, including through the spread of their written screeds, images they post of themselves posing with weapons, and grim real-time content they create. During the attack on Friday, the DC gunman also commented online about law enforcement hunting for him and edited the Wikipedia page for the school he targeted, adding information to it about the shooting.

In the past two decades, many mass shooters have understood that these kinds of provocative actions will fast achieve the notoriety they crave, a result that fuels emulation behavior commonly known as the copycat effect. Not only do they identify with infamous predecessors, they often aim to out-do them. As I write in Trigger Points, this phenomenon has been growing since 2015:

Attempts by mass shooters to gain attention in freshly shocking ways were on the rise as digital media offered vast new opportunity for them to feed their pathological narcissism. In the next several years, at least two assailants went online in real time while they were carrying out attacks. In Florida in 2016, a gunman searched on his smartphone for news of a “shooting” and “Pulse Orlando” while he was inside the nightclub of that name committing a massacre.

In California in 2018, an attacker at a bar in Thousand Oaks posted messages on social media accounts both immediately before and during his suicidal rampage. A user on the fringe site 4Chan had recently posted a message evoking the grim trend: “Has anyone ever livestreamed a mass shooting with a GoPro helmet?” An answer came in March 2019, when a far-right extremist carried out a terrorist attack at two mosques in New Zealand and wore a camera streaming footage of the massacre on Facebook Live.

Rather than just reposting such content, news organizations must make deliberate choices about reporting on this aspect of the mass shootings epidemic—an approach I call “strategic diminishment,” which balances the need to avoid sensationalism with the public interest in understanding this distressing problem. In the DC shooter’s case, for example, his video makes clear that he too sought attention in this way, and that he fired indiscriminately from the apartment window. It’s also worth describing that the 31 seconds of footage conveys the horrific impact of his crime: kids wearing backpacks can be seen fleeing in terror through a school walkway as he fires at its glass windows. A potential victim on the street just below is framed briefly from his point of view with a red circle and dot evocative of a gun sight.

A decade ago, the video almost certainly would’ve been shared quickly and widely. The good news is that most news outlets have refrained from such coverage in recent years, amid growing recognition of the deleterious effects. Nonetheless, the video remained available online as of late Saturday, linked prominently by at least one sizable news site and continuing to circulate actively on Twitter—underscoring that social media companies are also still failing this equation. (I’m not naming the news site so as not to direct any additional traffic to the video.)

A particularly bad effect, as I further detail in Trigger Points, is the enticement for future attackers. A vivid example came with the 2015 case that marked the start of this rising trend, when an aggrieved gunman performed what was soon dubbed the first-ever “social media murder”:

In August 2015, the problem reached a logical next stage when a disgruntled ex–TV reporter stalked two former colleagues as they conducted a live broadcast on location in Roanoke, Virginia. The perpetrator had fumed about being fired from WDBJ-TV back in 2013 after a series of angry clashes with colleagues, and he had vowed a response that would “be in the headlines.” Using a semiautomatic handgun and filming his attack with a body camera, he fatally shot reporter Allison Parker and cameraman Adam Ward and wounded their interview subject, Vicki Gardner, as the station’s anchor and others in the studio reacted with confusion to the live feed. After fleeing the scene, the perpetrator posted the body-cam footage on Facebook and Twitter, then killed himself a few hours later as police caught up to him in a car chase.

The ghastly snuff video had gone viral in less than thirty minutes after its posting and was soon dubbed in news commentary as the first-ever “social media murder.” Tech companies blocked the footage as the day went on, but it continued to circulate online, and cable news networks looped snippets of it in their ongoing coverage. HollywoodLife.com, a celebrity-news site, produced a three-minute video report that replayed the initial few seconds of the killing no less than seven times and was viewed by at least a hundred thousand people. Video stills from the attacker’s perspective made the covers of tabloid newspapers, inviting the public to gaze along the barrel and muzzle flash of the Glock 19 used to kill Parker, her face frozen in a final moment of terror: “Executed on Live TV,” blared the New York Daily News headline.

There was soon a straight line from the handling of that ugly tragedy to the next mass shooting.

Five weeks later, a deeply disaffected twenty-six-year-old man carried out a suicidal gun massacre at Umpqua Community College in Roseburg, Oregon, after posting comments online about the Roanoke killer: “I have noticed that so many people like him are all alone and unknown, yet when they spill a little blood, the whole world knows who they are. A man who was known by no one, is now known by everyone. His face splashed across every screen, his name across the lips of every person on the planet, all in the course of one day.”

Robust but measured news reporting on these mass shootings is vital, including on who does them and what leads up to their attacks. But then the spotlight should be on the perpetrators no more, their bids for sensational attention buried along with them.