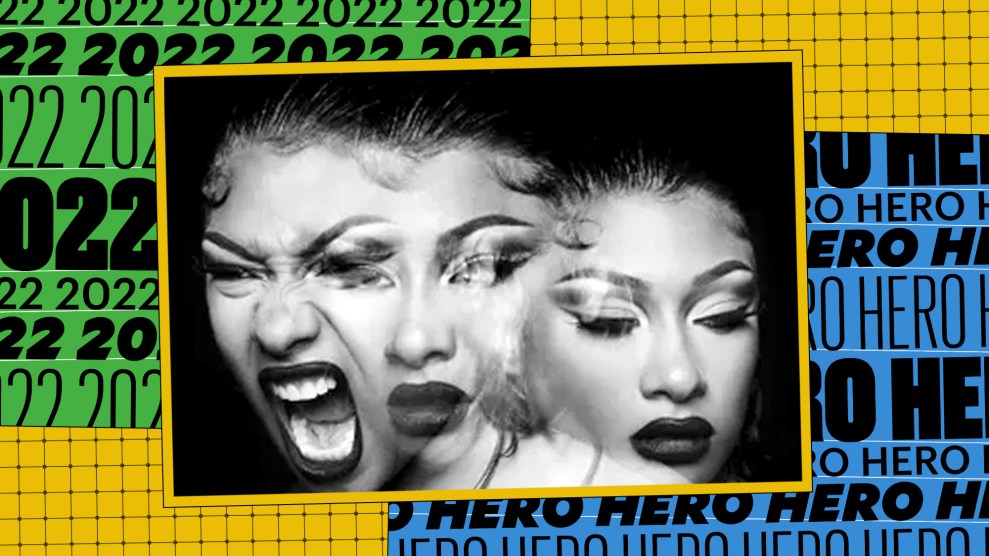 Over the past few days, I’ve attempted to pinpoint the exact moment in my life where I had to be strong, some kind of milestone that demanded I step up in the face of hardship. But nothing specific ever emerged. As the eldest daughter in an immigrant family, a nebulous expectation to abandon my vulnerabilities and appear strong for others has always loomed over me.

But I am not an unflappable pillar of strength; nor am I one of God’s strongest soldiers. I have the emotional constitution of a marshmallow and will cry at the slightest provocation, much to the chagrin of said immigrant family. And for the longest time, I felt alone in faking the funk. But this year, Megan Thee Stallion’s Traumazine swooped in to remind me and other Black women that it’s perfectly okay to not be okay.

Traumazine is Megan’s critically acclaimed sophomore album, and its title is what Megan has called the fictional chemical that gets released in the brain when one is confronted with “painful emotions caused by traumatic events and experiences.” For me, the album has shattered the one-dimensional stereotype of the “strong Black woman.”

You’ve seen her everywhere, from Ms. Celie in “The Color Purple” to Annalise Keating in “How to Get Away with Murder.” Introduced in the 1950s as the antidote to overtly racist “mammy” and “jezebel” tropes, the Strong Black Woman feels an innate obligation to suppress her emotions in order to help her community; resist vulnerability; drive to succeed despite her exceedingly limited resources. But what started as a celebration of Black women quickly morphed into an impossible standard for us to fulfill. The culture, specifically white people, soon looked to the Black woman and expected nothing but fierce independence from her, robbing her of space to feel all her emotions.

I’ve experienced it firsthand, countless times. It’s the perfect scam, a dehumanizing trope that has allowed our oppressors to erase our emotions while throwing daily trauma at us. But Traumazine bites back and sets the Strong Black Woman free.

An eclectic mix of club bangers, diss tracks, and emotionally vulnerable hits, Traumazine brilliantly captures the chaotic ups and downs you’ll go through in the aftermath of a traumatic event. How one minute you’re twerking in the mirror and the next you’re overcome with searing rage. With her second studio album, Megan rejects flimsy archetypes and instead offers a more complex and realistic journey into healing. Consider “Not Nice.” Megan directly confronts the double standard between Black and non-Black women that demands we stay humble even when people treat us poorly. In “Ungrateful,” Megan fully leans into her anger, attacking her haters with her signature flow. These lines from “Anxiety” broke me.

They keep sayin’ I should get help

But I don’t even know what I need

They keep sayin’ speak your truth

And at the same time say they don’t believe, man

That Megan can throw up such ferocious poetry against the backdrop of her own unthinkable traumas makes Traumazine even more striking. In 2019, just as her career was on the rise, Megan’s mother died of cancer. Her grandmother, a primary caregiver for most of her life, died two weeks after. Then in 2020, she was allegedly shot in the foot by rapper Tory Lanez during an argument; baseless accusations that Megan was lying about the attack quickly followed. Meanwhile, Megan has been relentlessly slutshamed following her blockbuster collaboration with Cardi B, “WAP.”

But it’s the alleged shooting that has sparked the most pernicious abuse, intrusive speculation about her sexual history, and hate—online and from other celebrities, including Drake—that continues to follow her today. On December 13, Megan took the stand in the assault trial against Lanez, where she spoke for the first time in excruciating detail about the alleged violence that took place more than two years ago.

“I wish he would have just shot and killed me if I knew I was going to have to go through this torture,” she said in her testimony.  “I want to come across as a strong woman,” Megan added while speaking on the pressures of having to face her alleged assailant. “Don’t let them take my power.”

Megan doesn’t need me to tell her she’s a strong woman; that’s abundantly evident. But in offering so much more nuance to her image, Megan has also made space for Black women to do the same, inviting us to openly and loudly feel everything without shame. For that, I want to thank her. Because she’s right: bad bitches have bad days too.