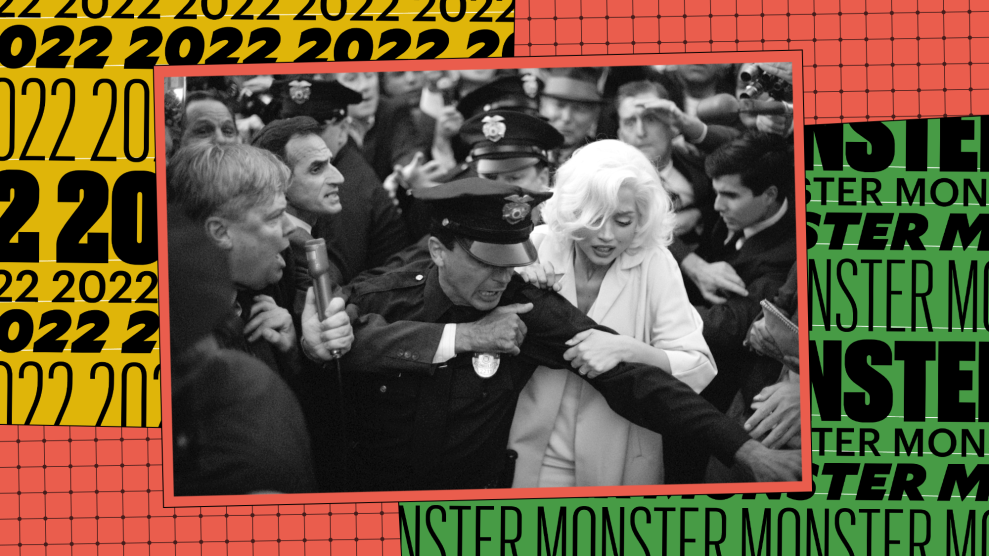 Merely being responsible for an absolutely terrible movie is no reason to be consigned to the monster category. Were that the case, some ridiculous but weirdly innocent creators would have earned a spot. A quick scan of the ever-reliable Wikipedia includes in its “List of Films Considered the Worst”—a collection, they caution, that can change—such classics as Santa Claus Conquers the Martians (“This is truly the worst movie I have ever seen, but it really goes beyond that.”); director Michael Cimino’s epic and costly 1980 catastrophe Heaven’s Gate—described by Vincent Canby in The New York Times as “something quite rare in movies these days—an unqualified disaster.” (In fairness, the last forty years have been kinder to the film than that early reception.)  Then there is a film that no passage of time can redeem: Martin Brest’s egregious vehicle for Jennifer Lopez (sorry, Jennifer Lopez-Affleck) and Ben Affleck, Gigli, that the Daily Beast, in a look back, considered “the movie equivalent of the Hindenburg disaster.”

Sure these directors and producers wasted a fortune, their actors’ time and reputations, not to mention their audience’s patience and ticket price on films that never should have been made. But isn’t that just part of the Hollywood machine? In acknowledging what they did, it’s important to note what they did not do: They did not defile subjects (Santa and the Martians never pretended to be anything but what they were), or traffic in incendiary, misleading, and dangerous ideas. That is why none of these movies can touch the smug and despicable Australian writer and director Andrew Dominick’s opus Blonde, a Marilyn Monroe bio-pic released this year.

There are so many things to hate about this movie: the one-dimensional picture of a complex actor, the ham-handed but wow-ain’t-this-symbolic! shifting from black and white to color photography, the utter lack of agency that Monroe demonstrates in, well, everything. Then there is the Joyce Carol Oates predilection (whose fictionalized version of Monroe’s life was this film’s inspiration) for immediate trauma, retrospective trauma, and the foreshadowing of trauma suffocating every. Damn. Frame. But what makes this truly the work of a villain are the scenes of Monroe’s unwilling, and yes, really traumatic, abortions.

There is no record of Monroe having had abortions, although there are quite sad reports of multiple miscarriages. Those facts do not impede Dominick from going full-on in his depictions of not one but two pregnancy terminations. The first features Monroe hastily sent to the hospital to dispense with a fetus in order for her to appear in Gentlemen Prefer Blondes. Lest anyone assume that she wanted this to take place, lying on the gurney she weakly protests, before a looming white-coated doctor holding a threatening hypodermic leans in to obliterate her consciousness. We are treated to the unusual perspective of her vagina, then even more disturbingly to a floating, reproachful ET-like creature that might represent a fetus of about 5 months. (I almost forgot the little images of sperm swimming heroically to penetrate a Marilyn Monroe egg.)

Yes. It gets worse.

The next time she is pregnant (happily!) with playwright Arthur Miller’s child. Naturally, this mass of cells would be very verbal. And so she has a conversation with her little zygote, who turns out, also naturally, to not be friendly at all. As Marilyn walks around, feeling fecund and optimistic, the fetal finger-wagging begins. “Why did you kill me last time?” the CGI fetus asks. The actress tries to explain that this is a new beginning and not the same at all, but the fetus will have none of it. “No, that was me. I’m the same baby,” the fetus insists, in what Daily Beast’s Allegra Frank aptly described as “a poorly animated fetus with a grudge.” Sadly, Monroe suffered a miscarriage.

Dominick could not have predicted that the film would premiere in September, a few months after the Dobbs decision took away abortion rights from Americans. So perhaps some of the propulsion from the outrage was a bit of displaced fury at what the Supreme Court had done. But the outrage was legitimate no matter when this mess appeared. Even Planned Parenthood, not famous for its side gig in movie criticism, weighed in and called it “anti-abortion propaganda.”

Dominick found all the upset about his depiction of Monroe as the ultimate victim and objections to the fetus receiving star treatment to be just another example of the tyranny of feminists and wokeness or whatever. “Now we’re living in a time where it’s important to present women as empowered, and they want to reinvent Marilyn Monroe as an empowered woman. That’s what they want to see,” he told the Hollywood Reporter. “And if you’re not showing them that, it upsets them.”

No, Andrew, that’s not what upsets us. And let’s add to the long list of reasons for why you are a 2022 monster, this pathetic and obtuse self-justification.