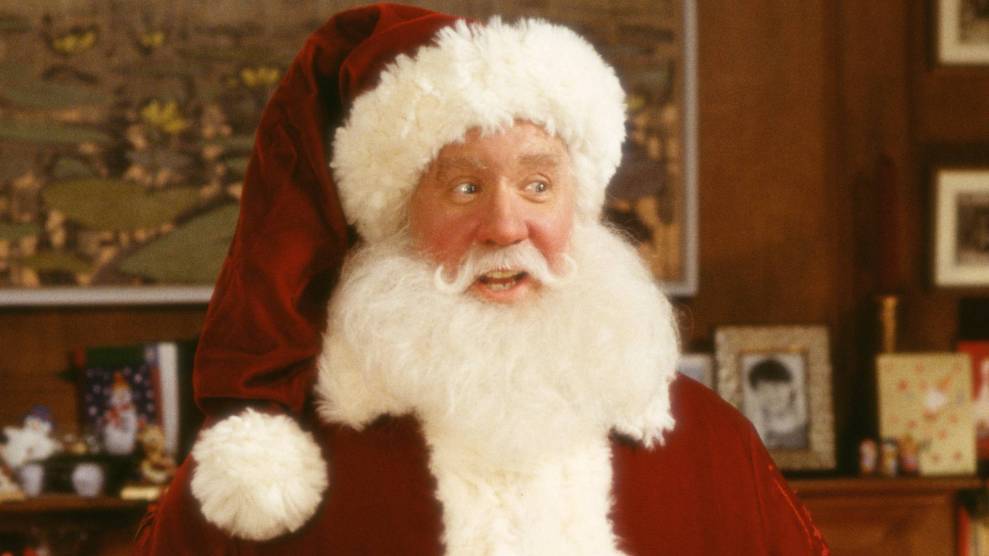 It’s the first day of December and I’m watching Succession alone in my apartment. This is not the way it’s supposed to be, or at least not the way it has been.

Since I was a one-month-old baby in December 1997, my father and I have celebrated Christmas through tree lightings, Twelve Days of Christmas presents, and more. The rest of my family was around, but the non-religious Christmas stuff was never as much their thing as it was for my Dad and me. The one tradition that has stood the test of time is our gathering to watch Christmas movies—sometimes from the day after Thanksgiving until a few days after the big day. Even when I went out of state for college, I was still back home almost the entire month of December, leaving plenty of time to watch holiday specials and movies together. This year, things are different. I’m living on my own in an apartment—only a 40-minute drive from my parents, but it’s not the same as being there every day.

It’s not that my father and I are religious people. I was raised Catholic, and so was he, but we’ve long stopped being the people who go to church every Sunday. We typically don’t even go on Christmas. It’s not entirely clear to me, or him, where my father picked up this tradition. It probably has roots in his small-town upbringing—he grew up in a town in Rhode Island whose population was about 15,000 when he was born, came out to California when he was a little older than me, and made a life for himself. A lot of these Christmas specials emphasize the values and joy in small-town living. I think the past is hanging on to him, and now, to me.

The last few years, as I’ve gotten older and watched my father age along with me, I’ve started to think about what I will do when my father passes. Will I watch all of these movies by myself? Some are not that good, to be honest. The joy comes from watching them with my dad, of being a part of a pair that cares about something together. I’m still unsure of what parts of my childhood I will cling to as I age. Will this be one of them?

To mark this year’s movie-watching, I asked my Dad a few questions:

You come from a large Irish Catholic family, eight brothers and sisters. Was Christmas a big deal in your family when you were a kid?

I would say yes. Even though we didn’t have a lot of money, I feel like we always had something on Christmas. We even had a thing where we got money one time where we got to go shopping for little gifts [for the other siblings]. We also did gift exchanges where we felt like everyone couldn’t afford to buy something for everybody, so we would pick names to buy just the one gift instead of having to buy for all the brothers and sisters.

Some of the specials we watch together, do you remember them from your childhood? Did you watch them with your family?

I remember Miracle on 34th Street, I remember some of the A Christmas Carol [adaptations]…the ones like Rudolph, Frosty, Grinch. I don’t remember sitting down with the family like, “let’s go watch Christmas movies,” but I remember watching them. But not like it was a whole tradition or family thing.

I feel like not everybody is as enthusiastic about Christmas as you. Do you feel like the enthusiasm is something you picked up on your own, or something that came from some of your siblings, or the town you grew up in, or your mother?

I think it’s a combination. I don’t think I’m always enthusiastic about the whole Christmas thing and everything that goes with it. It’s a tradition to me, and I like to watch the movies, but when you were younger, my whole thing that I got excited about was buying gifts and getting up early to go Christmas shopping. Mostly for you but then also for your cousins too. That was a tradition for a while in my mind. When I got away from that stuff [as you got older] is when I started getting more into watching Christmas movies. I don’t think when you were younger it was as much of a big deal to me.

What’s your favorite of the movies we watch?

If I was to pick one to watch every year, and I couldn’t watch any other ones, it would probably be It’s a Wonderful Life. I think as I get older, some of that stuff gets to me more. It’s not that heartfelt, but I still get emotional.

I always feel like Christmas has been you and me, like the lead-up to Christmas. Watching the movies, going to tree lightings, decorating the tree, all that. How does it feel that I’m not here every day this year?

I feel like we’re not missing as much as we would if we were still doing other stuff that we used to do [like the tree lightings]. The scheduling is different. We wouldn’t watch three Santa Clause movies in one day if you were living here, because we’d have plenty of time. I think, going forward, we might have to winnow down the list of things we watch together. I’m not sure how we would do that.

If I moved far, like cross-country, and I was only in town for a few days during the holiday season, would you watch the movies on your own?

I would still watch most of them on my own if you weren’t able to watch them with me. I would be sadder that I wouldn’t be able to see you. The actual watching the movies, I’d miss it, but I don’t know if I’d be sad about it. It’s about spending time. I mean, yeah, we watch the movies, and it’s a tradition, but it could’ve been anything. Maybe we didn’t watch movies. Maybe we did something else. Instead of watching all these Christmas movies, our tradition could’ve been that we went to ten different tree lightings all over the Bay Area, maybe went caroling. We could’ve done different traditions, but it’s more the thing of doing things together.

Do you have any questions for me?

I’m going to turn it on you: the same thing you’re saying to me. What makes it important to you to watch the movies? And if you missed some of them, how would you feel?

The holidays sometimes felt hard for me. A distraction was watching movies with you, and I think that helped a lot. I like spending time with you, and aside from Christmas, movies and television shows have always been a way that we’ve bonded. I feel like the whole liking-the-same-movies thing was really solidified during the pandemic, because we had nothing to do at night. Our family was self-isolating for 15 months, and we just spent that time watching classic movies. I asked you, “If I moved away, would you watch these movies without me?” I think: If you died, would I watch these movies without you? That’s something I feel unsure about. I can’t imagine sitting down to watch these movies alone.