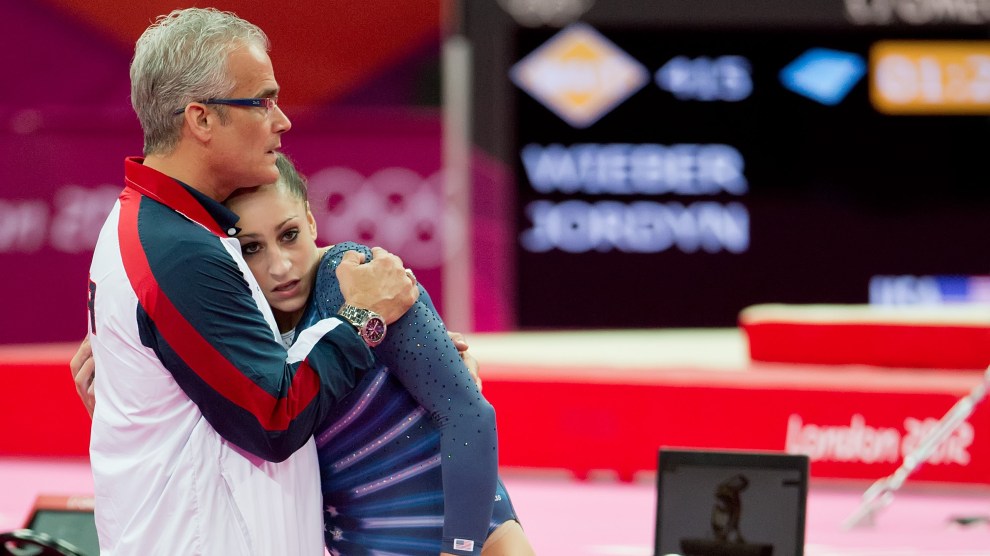 The February 26, 2021 passage of the Equality Act in the US House of Representatives piqued conservatives into a moral panic.

The bill, which would ban discrimination based on sexual orientation and gender identity, had a terrifying potential for Republicans: the presence of trans girls in high school sports.

There was House Minority Leader Kevin McCarthy’s statement that, “This really seems like an onslaught against freedom of religion [and] for girls’ sports as well.” There was Rep. Tom McClintock’s (R-Calif.) assertion that the legislation “destroys women’s sports and renders parents powerless to protect their own children.” And there was Rep. Marjorie Taylor Greene’s (R-Ga.) tweet—in response to Rep. Marie Newman (D-Ill.), who has a transgender daughter—saying, “Your biological son does NOT belong in my daughters’ bathrooms, locker rooms, and sports teams.”

All this language of the need to “protect,” the need to root out other children from “bathrooms” and “locker rooms,” is hard to square with reality. As with the introduction of “bathroom bills,” the anti-trans argument is a red herring. It is another example of conservatives standing athwart progressive social change in the name of protecting children—long a hallmark of right-wing reactionary politics.

But it is also particularly infuriating because all this effort has been summoned on a day when actual women in sports were in the news for being harmed.

While legislators on the House floor were pontificating about the demise of women’s sports, another story was unfolding. Yesterday, John Geddert, head coach of the 2012 gold-medal women’s Olympic gymnastics team, committed suicide in Michigan. He had just been charged with human trafficking and sex crimes against girls as young as 13. (None of the members of Congress have commented on that, from what I’ve seen.)

Geddert was a longtime friend of Larry Nassar, the convicted rapist who was accused of assaulting 265 girls as young as six. His victims included Olympic gold-medal gymnasts McKayla Maroney, Aly Raisman, and Simone Biles. Nassar admitted to sexually abusing girls at the Twistars Gymnastics Club owned by Geddert.

Abusive coaches are nothing new, and it’s not only sexual abuse. In 2019, Mary Cain, the youngest American runner to make a World Championships team, accused Nike coach Alberto Salazar of physical and psychological abuse that ruined her career. A Business Insider story from last year details the psychological abuse female college athletes from a variety of sports say they experienced at the hands of their coaches. And last August, Texas Tech fired two of its women basketball coaches after accusations surfaced of physical, mental, and verbal abuse.

This abuse, of course, is not limited to women either. Among the most notorious abusers in the sports world is Jerry Sandusky, the Penn State assistant football coach who in 2012 was found guilty of sexually assaulting 10 boys. Joe Paterno, the head coach who ignored reports of Sandusky’s abuse, was fired and died of cancer months later.

As scandal after scandal emerges about the pervasive abuse of young athletes, it’s time we reevaluate our priorities. Trans athletes aren’t the problem.