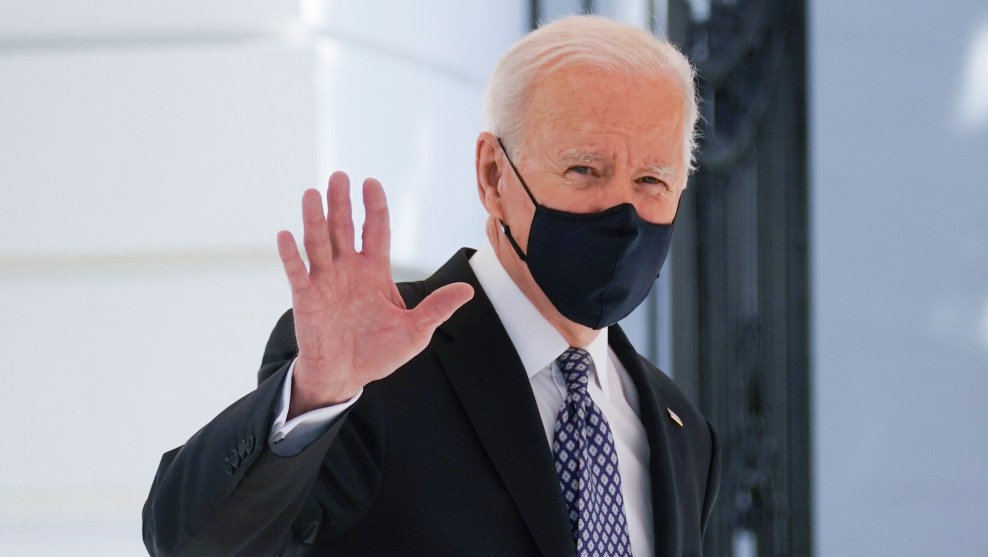 The Democratic National Committee said Saturday that it’s off to a record-setting year for fundraising, marking a dramatic turnaround from where Democrats were four years ago. According to filings it made with the Federal Election Commission, the DNC fundraised $8.5 million in February and $18.4 million since the beginning of the year, which is a blistering start for the Democrats in a non-presidential election year. That’s a good sign that donor enthusiasm, and in particular from the grassroots of the party, has carried through the opening days of President Joe Biden’s administration as his agenda begins to unfold.

According to the DNC, 67 percent of the funds it raised came from small donors, meaning people who gave $200 or less. These types of donors are a huge prize for political fundraisers, not only because if they turn out in bulk they can quickly generate huge sums, but also because they represent a vote of support and a sign of active enthusiasm from the party’s base.

That said, the Republican National Committee also had a strong February—in fact, the RNC out-raised the DNC for the month of February, pulling in $9.3 million, and had an even higher proportion of individual donations coming from small donors, about 72 percent. And the Republicans reported having nearly twice as much money on hand—$83.9 million—as the Democrats did.

The GOP numbers were a bit of a turnaround, too: In the first two months of the year the RNC had only raised $16.5 million from donors, falling behind the Democrats. That kind of fundraising stumble is something, even if the Republicans still have an upper hand overall. For years, and particularly in the Trump era when the former president proved to be such a powerful fundraiser, the DNC has frequently trailed the RNC’s totals (the DNC was out-raised by the RNC by $400 million in 2020). And, four years ago, the DNC was anything but competitive with the RNC in terms of fundraising.

In fact, at the beginning of March 2017, with Democrats still reeling from Trump’s inauguration and his administration moving quickly to shatter many of Washington’s norms on immigration, trade and ethics, the DNC reported having just $10.2 million in cash on hand and another $2.7 million in debt to pay down. Despite liberal outrage at Trump’s actions, the DNC had managed to raise just $5.5 million that February, about half of what the Republicans had pulled in.

Another key difference between the two parties—and another point of potential optimism for the Democrats—is that since the February fundraising period has ended, Trump has launched a turf war with the RNC over the use of his name and likeness for fundraising. Despite a nasty cease-and-desist letter, the party continued to use the former president’s name to raise money, and he will likely cooperate with at least some of the GOP’s fundraising priorities in coming months. But it’s going to be a much bumpier ride than Democrats will have with Biden as their party standard.