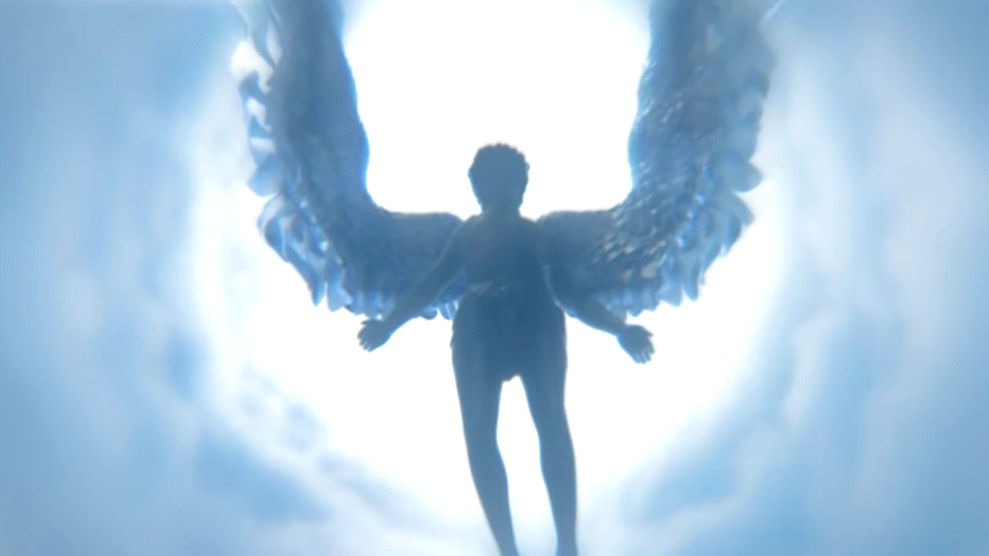 What does it mean to be a “good” Christian? I grew up in the Evangelical Covenant Church and in the company of YoungLife—an over-the-top, (some would even joke) cult group for adolescent, “friendly” evangelicalism. The question was a part of daily life. It is a part of my daily life. (I still practice the Christian faith.) And Lil Nas X’s new song and video, “MONTERO (Call Me By Your Name)” seemed to re-stoke that debate within me.

Amid a flurry of Christian imagery—the Garden of Eden, a snake, heaven and hell, ancient Rome, the devil—Montero (Lil Nas X’s given name) asks where he fits into God’s world. Or, if he fits at all. And it struck me. This is one of the most obvious Christian works I’ve seen!

And yet, many Christians didn’t see it that way. “Devil worshipping, wicked nonsense,” a pastor called it. The governor of South Dakota, Republican Kristi Noem, weighed in with similar anger. After seeing Lil Nas X collaborated with fashion brand MSCHF (pronounced “mischief”) to launch limited edition “Satan Shoes” in promotion of the track (each shoe contained a single drop of human blood), Noem even took to Twitter to claim that the only thing more exclusive than these sneakers was “[our kids’] God-given eternal soul.” Turning Point USA’s Alex Clark took to her “Poplitics” IGTV show to go on an almost 10-minute tirade against the artist, incorrectly claiming he has no Grammy Awards (he has two), calling his fans “jobless gays on Twitter,” and calling the shoes “100 percent Satanic” before telling Lil Nas X that “hell and the devil are completely real.”

I am not foolish. I understand why a Black gay man bothers some Christians. (And why the video—in which Lil Nas X pole dances down to Hell and gives Satan a lap dance—really, really bothers them.) But I also saw something else. Montero is engaging with the Church’s symbols seriously. Most pop stars sell “sex” in their work in a way that rejects the Church completely. But Montero is asking to be part of its lineage. In many ways, Montero’s claim here is not a rejection of the Church or its value. It’s an invitation for Christians to reflect and ask questions about how they might align their faith with Christ’s message: love.

Because yes, our love looks like this, conflicted by religion, pained by its oppression, and reactive to those who condemn us. It looks like this music video.

“If your initial reaction is being offended, that’s totally understandable,” Matthew Vines, founder of The Reformation Project, tells me. “But I also encourage people to think more about why he thinks this—what does that say about the church? Because this is the message that so many queer people have gotten.” Montero himself made this exact point, tweeting: “i spent my entire teenage years hating myself because of the shit y’all preached would happen to me because i was gay. so i hope u are mad, stay mad, feel the same anger you teach us to have towards ourselves.”

Vines has spent years walking the fine line between the type of conservative Christianity that Montero has brought out of the woodwork and LGBTQ+ affirming theology. And he understands the backlash. But he’s also serious about where the backlash is coming from. “It’s definitely possible to be LGBTQ and Christian,” Vines says over the phone. “The video is just a reminder of how far there still is to go before that message can even be heard and internalized by so many people because so many churches still are teaching a false dichotomy.”

With the initial release, Montero released a short note to his 14-year-old self: “you see this is very scary for me, people will be angry, they will say i’m pushing an agenda. but the truth is, i am. the agenda to make people stay the fuck out of other people’s lives and stop dictating who they should be. sending you love from the future.” In his breakdown of the track for Genius, he furthers that perspective: “Anything I do or say it’s me opening my mouth and a lot of people see it as me opening my mouth for so many people. And not because I’m Lil Nas X, but because of my identity itself too.” Built into his narrative from the get-go is no question as to why he’s doing it. It’s to tell his truth—or testimony, as we like to call it in Jesus circles. We Christians don’t get to disregard someone’s lived truth just because we don’t like it or we don’t like the story it tells.

“There have been other artists who have brought forth some sort of imagery or depictions that have created a little bit of this,” explains Rev. Timoth Sylvia of Newman Congregational Church in Rhode Island, who went semi-viral TikTok for his theological perspective on the track. “What I keep landing on is that the difference here is a Little Nas X is gay.” And he’s right.

There is a lot of trauma in my childhood and my young adult life that stems from these two identities that were pitted against each other for no reason. Seeing Montero’s interpretation of his own journey with that white-heterosexual-Christian-based culture, personally, was powerful. The star gives credence to queer people who are looking for more than an invitation to “exist,” it gives us the tools to dismantle rhetorical and systematic oppression through humor, shock, and allegory. It can give queer people the language and the imagery to have conversations around why the ideas the church purports about queerness are painful, manipulative, and completely at odds with who Christ is. Montero pulls back the curtain for others like him, giving us the tools to claim our seat at Christ’s table.