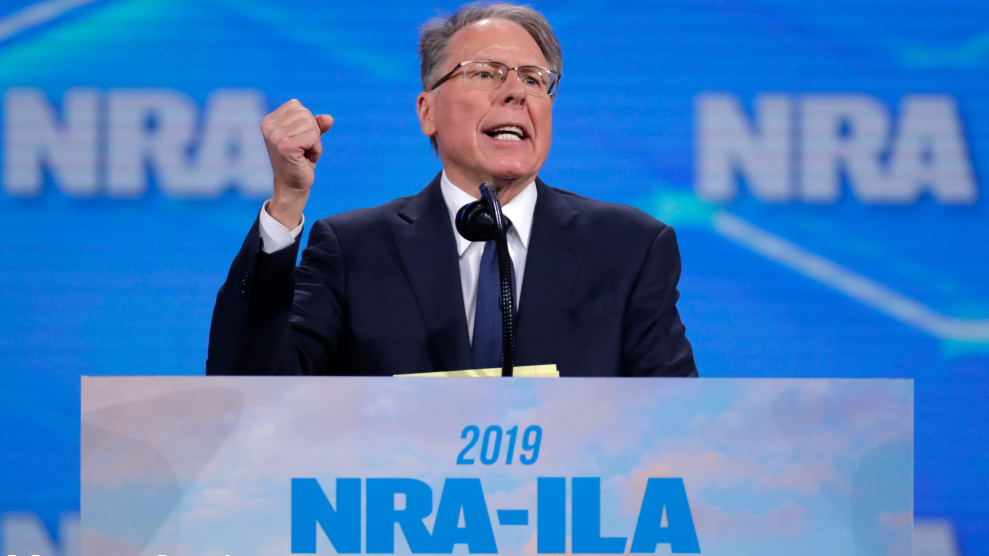 The National Rifle Association is not bankrupt, a federal judge ruled on Tuesday. The decision is a major blow to the nation’s oldest gun rights organization who, on January 15, filed for bankruptcy in order to relocate to Texas from New York, where it was chartered in 1871. Not only did the NRA’s effort to switch its registration out of New York to avoid litigation fail, the bankruptcy case backfired by airing plenty of previously unknown dirty laundry of the organization’s internal operations—and its leader, Wayne LaPierre.

According to judge Harlin Hale, the NRA’s bankruptcy filing was a bad-faith attempt for the NRA to avoid facing the massive civil lawsuit filed by New York Attorney General Letitia James last year that is seeking to dissolve the organization in its entirety. “The Court finds, based on the totality of the circumstances, that the NRA’s bankruptcy petition was not filed in good faith but instead was filed as an effort to gain an unfair litigation advantage in the NYAG Enforcement Action and as an effort to avoid a regulatory scheme,” Hale wrote in a 37-page decision.

The decision comes after a weeks-long hearing that saw the testimony of a number of current and former NRA staff that shed light on the organization’s corruption. At the center of the controversy is LaPierre, the organization’s notorious executive vice president, who allegedly has been using the organization to funnel exorbitant funds to himself and his allies, according to the New York lawsuit. Throughout the hearings, lawyers for the New York attorney general brought forth a number of witnesses to testify to the sweetheart deals, exorbitant personal purchases that LaPierre and other NRA leaders used the organization’s funds for, and other illegal financial improprieties. Craig Spray, the NRA’s recently dismissed chief financial officer, testified that he had refused to sign the NRA’s most recent tax form after he raised concerns about its accuracy.

But even with the NRA’s flow of cash to its top leaders, the issue of the organization’s financial status has been somewhat of a mystery—so much so that the group’s bankruptcy filing was a surprise even to its board and those still currently working for the organization. John Frazer, the NRA’s general counsel, testified during the hearing that even he had no idea that the leadership was planning to file for bankruptcy.

The move caused a major internal rift, with a contingent of members of the NRA’s board pushing for an independent examiner to review the group’s finances. On the last day of the bankruptcy trial, the NRA had submitted a formal plan of reorganization. Though it had only been approved during a special board meeting a day before it was submitted to the judge, the plan called for the addition of a compliance officer at the top of the organization to keep its leadership in check, which would still include LaPierre.

LaPierre himself testified during the trial, during which he acknowledged that he should have disclosed some of the more extravagant purchases that he paid for with the NRA’s money, including the funds he used to seek refuge on a friend’s luxury yacht after he was criticized for comments he made in the wake of a mass shooting. But LaPierre nonetheless shifted the blame of the NRA’s woes to its former leadership, including former President Oliver North and lobbyist Chris Cox, as well as James, the New York attorney general, whose lawsuit to dissolve the organization he claims is “politically motivated.”

One of the most surprising twists of the hearing came during its closing arguments, when a Justice Department official with the U.S. trustee’s office called for the judge to dismiss the NRA’s bankruptcy claims—a rare move that proved to be a huge setback for the organization.

Now that the NRA can’t file for bankruptcy, it’ll have to contend with the New York attorney general in court again, though it’s unclear when that will happen.