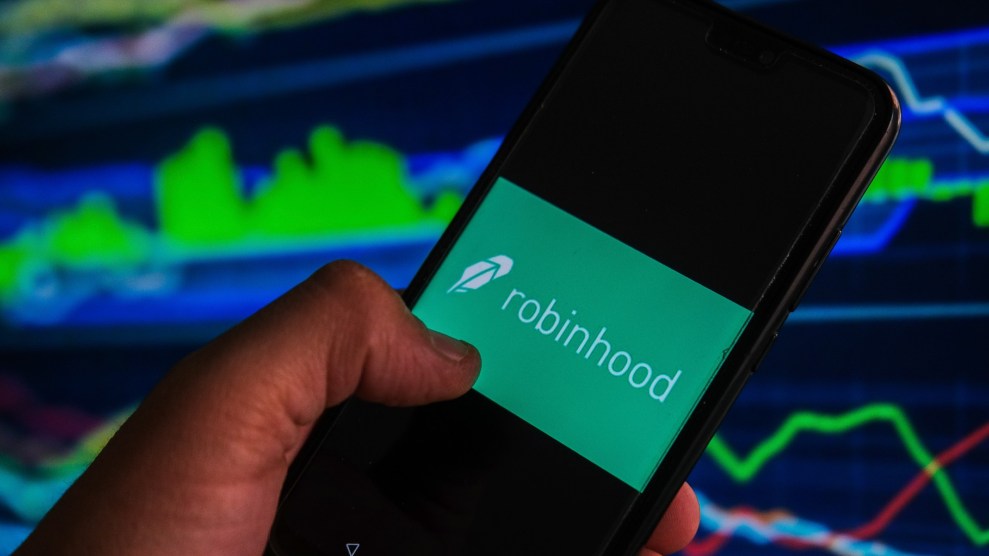 The Financial Industry Regulatory Authority (FINRA) said that it had found “widespread and significant harm suffered by customers” of Robinhood, thanks to “false and misleading” information provided by the app about customer cash balances and the risks associated with trading volatile financial instruments called options. FINRA also said that millions of Robinhood customers had suffered losses during outages of the app in early March 2020 that prevented customers from capitalizing on historic stock market gains. Robinhood agreed to the fine without admitting to or denying FINRA’s findings. The company agreed to pay $12.6 million of the overall $70 million fine to harmed investors as restitution.

FINRA specifically called out Robinhood for displaying inaccurate cash balances for more than 4 million of its customers. The app, the regulator found, displayed “buying power” on accounts that was often inflated, either showing numbers that were too high or displaying exaggerated negative balances.

The findings specifically cite the case of “Customer A,” who was erroneously shown a negative cash balance of $730,165.72. The customer that this is referring to is almost certainly Alex Kearns, a 20-year-old college sophomore who took his own life this past June after seeing this negative balance and thinking he’d lost this sum on a trade, and whose case I profiled in a feature for Mother Jones’ July/August issue.

In that story, I dug into the claim that Robinhood is designed to be misleading for its users in order to spur more trading. More frequent trading is financially beneficial for both Robinhood and the high-frequency trading firms that it partners with to execute the trades of its users. As I explained:

From founding, [Robinhood’s] business model was dependent on customers trading frequently, allowing the company the chance to earn a different kind of commission—known as PFOF, or “payment for order flow”—from every transaction. The payments are essentially a finder’s fee given to Robinhood by so-called market makers, the Wall Street firms who make money executing individual investors’ trades. Since launch, Robinhood has enthusiastically embraced PFOF, arranging favorable rates that eclipsed other brokerages’, making it the company’s single largest source of revenue. The money flows evoke a key lesson of the digital age: If something is free, then you’re not the customer—you’re the product being sold.

FINRA’s findings on Wednesday about Robinhood’s inaccurate displays of negative cash balances reflected something that I heard from several experts I spoke to in the course of my reporting, who pointed to the way that Robinhood displays losses as one of the elements of the app’s presentation that lead users to execute more trades:

Years of research in behavioral science have shown that people who see losses are motivated to chase them, notes Schüll, like roulette players doubling down after a bad spin. She calls it “the chasing effect, where you want to gamble more on other stocks to make that up, to race to get it back.”

And investors who trade more usually do far worse than those who take a set-it-and-forget-it approach. By building in behavioral cues aimed at getting people to trade more heavily, Robinhood is ultimately encouraging users to act against their own financial interests by making frequent trades—while PFOF and its related profits pile up for the app and its superrich collaborators.

Robinhood has faced added scrutiny in the last year, first as it attracted millions of new investors during the pandemic, and later when it froze trading on shares of GameStop, a brick-and-mortar video game store, just as crowds of investors were driving up its price by more than 1,700 percent this past January. Two federal agencies and a congressional committee have launched probes into Robinhood’s decision to freeze trading.

FINRA’s fine is not the first for Robinhood. The trading app was fined $1.25 million by FINRA in 2019 for violations of the duty of “best execution”—rules that require brokerages to obtain the best possible share prices for their customers. The Securities and Exchange Commission fined Robinhood $65 million for similar best-execution violations in December 2020.

Robinhood is expected to go public sometime this summer, at a valuation of more than $30 billion. The paperwork that Robinhood filed in order to offer shares in the company is expected to become public later this week, according to the New York Times. That paperwork is likely to shed light on previously unknown elements of the business, from historical financial statements to early investors.