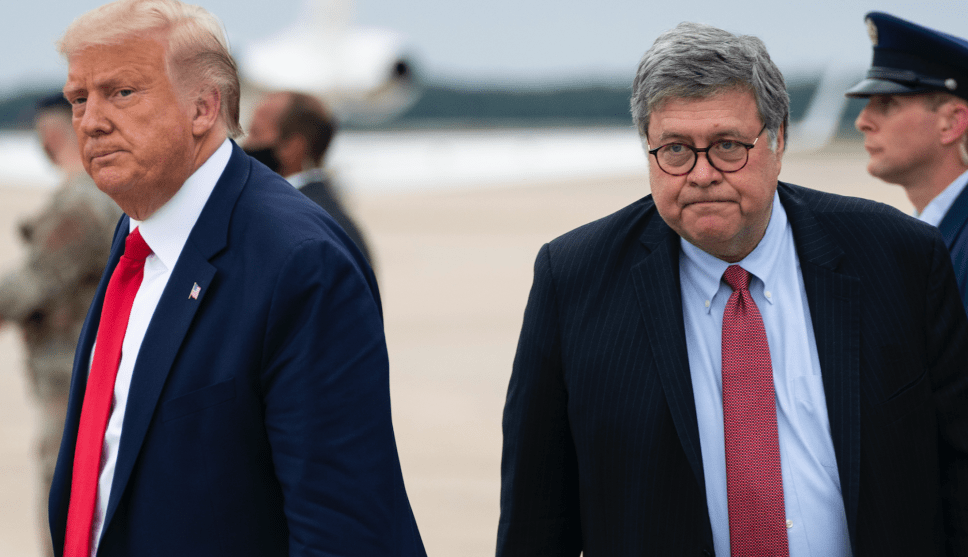 In his forthcoming memoir recounting his time in the Trump White House, Bill Barr is clearly eager to shed the image of a doggedly loyal attorney general. “Off the rails” is how Barr describes his former boss in the book, a disparagement that made headlines last month. Trump’s persistent election lies are “bullshit,” Barr told NPR in a recent interview promoting his book release. Even the title of Barr’s memoir, One Damn Thing After Another: Memoirs of An Attorney General, gestures at seething frustration.

Barr’s resistance to Trump’s lies about a stolen election, which sparked his resignation in December 2020, is indeed notable; his new interview with NBC’s Lester Holt, in which Barr repeated his condemnation of Trump’s ongoing election fraud claims, has already produced a three-page letter from the former president. (You can read Trump’s response, full of petty insults for Barr, here.)

But it’s difficult to square these new gestures of defiance with Barr’s stubborn defenses of some of his most notorious actions as Trump’s top lawyer. He’s still the person who released a four-page letter summarizing then-special counsel Robert Mueller’s investigation into Russia’s interference in the 2016 presidential election. He helped bring back the federal death penalty, dabbled in voter suppression, and lied. And he seems largely fine with that record, even proud.

In the interview with Holt that aired Sunday, Barr said he “totally” rejected criticisms about the 2019 letter. The next day on the “Today Show,” Barr also said that he had mostly been content with the Trump presidency—that is until the 2020 election. He went on to defend his decision to fire Geoffrey Berman, the US attorney for the Southern District of New York, whose office was overseeing multiple Trump-related investigations.

“I hadn’t really thought much of him,” Barr said, effectively shrugging off the outrage that Berman’s firing had prompted. Barr also declined, on multiple occasions, to say that Trump was legally responsible for the January 6 attack on the US Capitol or the apparent mishandling of classified information.

But perhaps the most damning moment of Barr’s current media tour came Monday when the former attorney general said that it would be “inconceivable” for him to vote for a Democrat even if Trump, a man he now publicly describes as unhinged, was the Republican nominee. “Because I believe that the greatest threat to the country is the progressive agenda being pushed by the Democratic Party, it’s inconceivable to me that I wouldn’t vote for the Republican nominee,” he told Guthrie.

So there you have it. There’s not much love lost between Barr and Trump—especially if the alternative is a Democrat. Add him to the long list of former Trump appointees trying to cash in on their unreliable narratives.