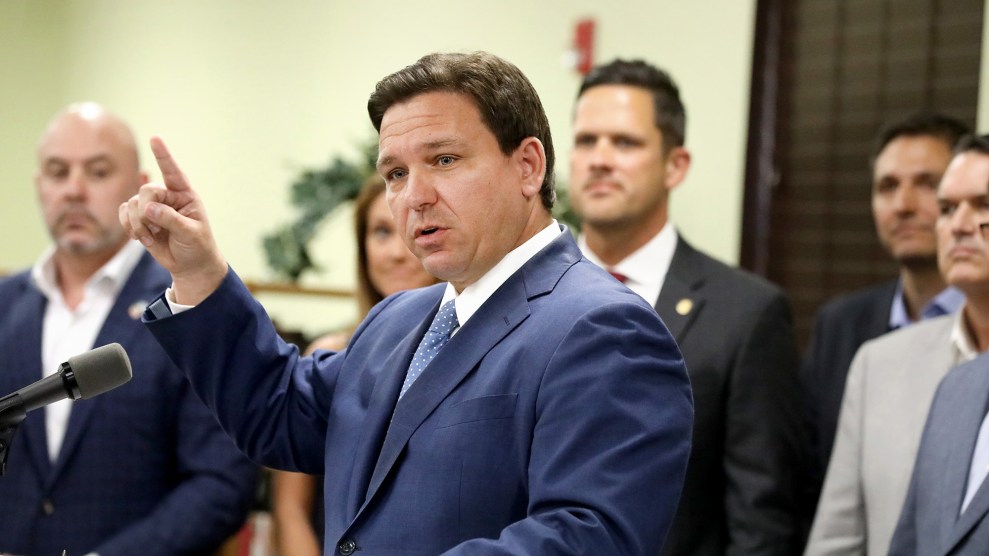 On Friday, Florida Gov. Ron DeSantis and his Republican allies revoked Disney’s longstanding tax privileges in the state in retaliation for the company’s opposition to the right’s anti-LGBTQ culture war. In doing so, Florida Republicans have violated Disney’s civil rights.

The law prohibits teaching about sexual identity and sexual orientation in some Florida classrooms. In response, Disney called for the law’s repeal and paused its political donations in Florida. Next, DeSantis rushed through a measure to deprive Disney World of its designation as special tax district, which has allowed Disney to self-govern its massive Florida theme park for 55 years. DeSantis said Disney’s opposition to the bill “crossed a line.”

“Once upon a time Disney was a great partner with the state of Florida,” Republican state Rep. Jackie Toledo said. “Shamefully, Disney betrayed us.”

But retaliating against someone for exercising their First Amendment rights is a violation of that person’s civil rights. Even if that “person” is Disney.

“It is a violation of the First Amendment for the government to punish a corporation because of the company’s expressed viewpoints on political issues,” says Adam Winkler, a constitutional law specialist at UCLA School of Law and the author of We the Corporations: How American Businesses Won Their Civil Rights. “I think that we will see legal challenges to this. And I think there will be constitutional challenges to it.”

Florida might argue that Disney doesn’t have a right to a special tax privilege that other companies don’t receive. But under Supreme Court precedent from 1972, the government cannot rescind a privilege once granted for improper reasons such as retaliation for political speech. And Disney’s actions—both its statements and its decision to pause its donations—are protected First Amendment activity.

Over the last century, the Supreme Court has extended civil rights to corporations, insulating them from government reprisal for exercising those rights. It wasn’t long ago that Republicans were cheering this trend. “Corporations are people,” Mitt Romney famously said as a presidential candidate in 2012. The party also helped usher in the era of massive corporate political giving with the US Supreme Court’s Citizens United ruling, which secured corporations’ rights as political donors under the First Amendment, and backed the Hobby Lobby decision, which recognized some corporations’ religious beliefs. These rulings had significant downsides for American democracy.

“There is the irony that conservatives for the last 20 years have been emphasizing that corporations have rights too and should be able to spend money to influence electoral politics,” notes Winkler. “And yet, now they’re trying to punish a company for trying to influence politics.”

Interestingly, it shows something progressives have often not discussed, too. Other Supreme Court rulings on corporate rights, including the landmark press freedom case New York Times Company v. Sullivan, have helped maintain democratic norms. Autocrats use their control over the private sector to wield power, erode democracy, and stifle protest. But because of rulings like Citizens United Disney at least has the option to fight back on constitutional grounds.

“This whole situation highlights one of the hidden benefits of recognizing corporations to have rights, that corporate rights also serve as a check on government tyranny,” says Winkler. “If corporations did not have rights, then the government could run roughshod over corporations, and restrict their freedom of speech and profoundly hurt and harm democracy.”

Disney may have crossed DeSantis. But it’s DeSantis who crossed the line.