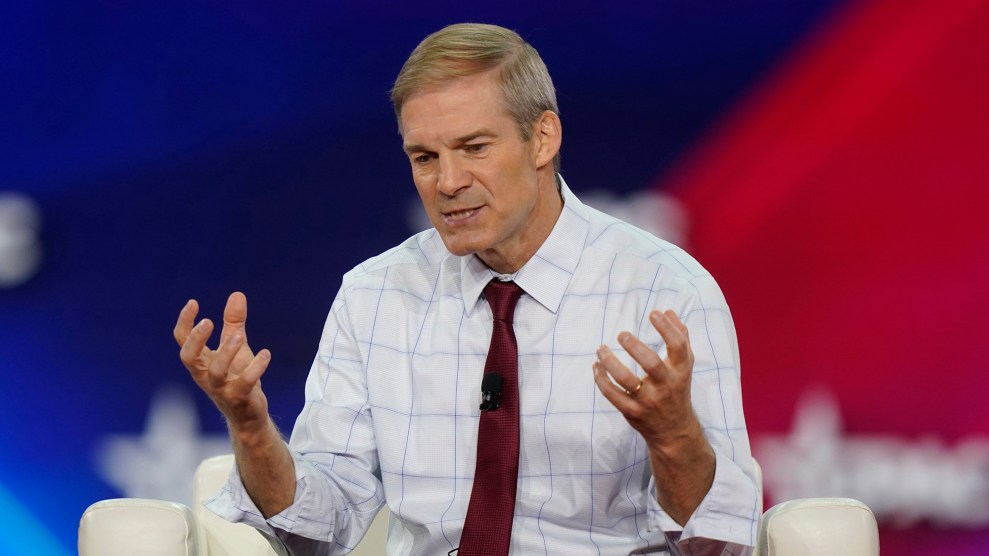 Those silly congressional Republicans are at it again. Over the past couple of weeks, they’ve unleashed a torrent of misinformation, claiming that $80 billion of new IRS funding included in the recently enacted Inflation Reduction Act would be used to hire 87,000 new agents (many armed!) who would go after middle-class taxpayers. As I pointed out the other day, this isn’t merely dishonest—it’s dangerous.

Now they’re lying about the Biden administration’s plan to cancel $10,000 to $20,000 in student debt for individuals earning less than $125,000 annually ($250,000 for couples). Somehow, the Republicans have interpreted this move as a bailout of rich elites at the expense of good, hard-working people.

Let’s be clear: This isn’t imaginary money. Biden just shifted all that student loan debt onto other taxpayers who are already dealing with high inflation.

Debt “forgiveness” is just another liberal scam for the elites paid for by working class Americans.

My mom didn't go to college. She worked two jobs to keep the lights on & provide for my brother & me.

President Biden wants Frances Scott & millions of other Americans to pick up the student loan bill for the wealthiest among us who carry the majority of the debt. That’s wrong.

Harvard & Yale should liquidate their endowments if the elites are serious about “forgiving” student loan debt.

Why should the truck driver pay for the Ivy League Doctor’s unpaid debt? This shouldn’t be working folks’ burden.

The Democrats are the party of, by & for the elites.

It’s interesting that Republicans are so up in arms about a supposed bailout of the “elite” by ordinary folks, given the top-heavy tax cuts they rammed through Congress in 2017. We sure didn’t hear many Republicans complaining about that $800 billion in pandemic loan forgiveness, most of which benefitted the wealthiest 20 percent of Americans. Lawmakers from both parties have ignored the way our vast federal subsidies for retirement savings skew to the top. (Average tax-advantaged savings for the wealthiest 10 percent of households are 125 times that of the least-wealthy 50 percent of households.)

But Biden’s loan relief won’t look like that. Consider the distribution of student debt: According to the Federal Reserve’s latest (2019) Survey of Consumer Finances, people from the least-wealthy 25 percent of the US population were by far the most likely to have outstanding student debt. They also owed the most of any other group (median: $32,000). Within the wealthiest 10 percent, less than 6 percent of people had student debt, vs. 36 percent of those in that bottom quartile.

In fact, the less wealthy you are, the greater the odds you’ve got student debt.

Also, per the Fed data, more than 30 percent of Black Americans had outstanding student debt, compared with 20 percent of whites—and the Black debtors owed $5,000 more on average. The Department of Education estimates that 90 percent of the debt relief will go to people making less than $75,000 a year. It would seem this program is a win for Real America, though perhaps Jim Jordan had someone else in mind when he tweeted.

Now, it is true, as Rick Scott tweeted (apparently from his yacht), that federal student loan forgiveness won’t fix the problem of inflated college costs.

My man is literally tweeting from a yacht in Italy about why we shouldn't provide student debt relief to the middle classhttps://t.co/cO7gWX2OVE

But the administration has acknowledged this, and insists it is working to address the problem.

Here’s what Pres. Biden’s so-called “canceling” of student debt really means: Americans who already paid off their debt, worked through college, went to a trade school, or chose to not go to school will pay off the loans that other people incurred.

On what planet is that fair?

But the same could be said of any policy that directly benefits some people and not others. By Kennedy’s logic, tax credits that encourage the purchase of electric cars are unfair to people who bought EV cars without such credits. He could just as easily argue that giving women the vote was unfair because women in the past were denied it. And then there’s this:

I paid off all of my school loans. It wasn’t easy & it took a long time.

Sometimes we need to have the grace to appreciate the value of help when it is given.

It’s not an US against THEM world.

In any case, let’s conclude with this hot take from a boisterous young fellow who has never really had to earn a living, and whose family is known for fleecing workers, vendors, consumers, and the federal government.

Canceling student debt is a tax on the most responsible people in the country.

Forcing people who worked hard to repay their loans or those who didn't have the luxury of going to college, to subsidize people who wasted $$$ on worthless gender study degrees is a slap in the face.