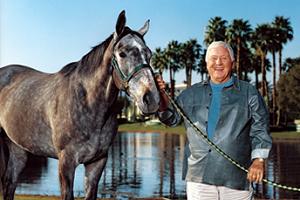 In another depressing sign of just how uncomfortable America continues to be with all things queer, the Hollywood Reporter‘s “outing” of host and producer Merv Griffin is sending shock waves through the industry and the press. On Friday, the Reporter printed a story in its online edition headlined “Merv Griffin Died a Closeted Homosexual.” Then, apparently buckling under pressure from “Hollywood titans, advertisers, and lawyers” (reports Michelangelo Signorile on his blog), they pulled the story, which has since reappeared under the new title, “Griffin Never Revealed Man Behind the Curtain,” with significant revisions. (See the blog Queer Two Cents for an outline of the revisions, Canada.com for a reprint of the original story, and Towleroad for a timeline of the events). Reuters picked up the story and just as quickly dropped it, saying it “did not meet our standards for news.” (See this page, where the Reuters story apparently was at one point.)

Griffin’s sexuality was one of those “open secrets” that seem to flourish in LA. As the Reporter points out, there were even two lawsuits which should have made it clear, including one alleging sexual harassment filed by none other than Dance Fever’s Denny Tario, and a palimony suit from a former, er, “assistant.” In 2005 he joked to the New York Times that he was a “quarter-sexual… I’ll do anything with anybody for a quarter,” and told Rolling Stone that if they were inquiring about an 80-year-old man’s sexuality, they should “get a life.”

Why the media continues to act in collusion with closeted public figures is baffling, but sadly illustrative: when John Jon Stewart asks how everybody in the press could have all gotten it so wrong about Iraq, just look over at the group-think that dictates the media’s relationship to gays and lesbians. It’s apparently just understood that you don’t ask the gays the same questions about their personal lives that heterosexuals will happily discuss in detail, and nobody, anywhere, ever, decides to break that unwritten rule. You want to keep your job, you want access, you want to avoid even the threat of a libel suit, whatever. But just as the media’s timidity helped get us into Iraq, it’s helping reinforce anti-gay bigotry. So, hooray for the Hollywood Reporter, and for the internet, where stories can’t ever really be pulled.