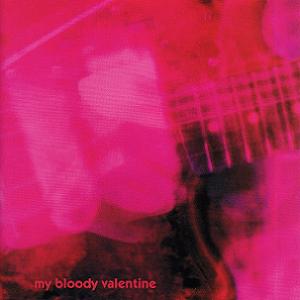 It’s reunion mania! Remember in that post on the Smiths below where I said they’re one of the last major defunct bands of the past 30 years who haven’t gotten back together? Well, right there next to them stands My Bloody Valentine, a band whose fans erupt into seizures of glee at the mere mention of a possible reconciliation. Rumors are swirling that the band will come together at 2008’s Coachella festival, reports Billboard magazine. While such rumors have popped up before previous Coachellas, it seems slightly more likely this time: first, the producers of the event have finalized a continuation of their contract with the polo fields in Indio, something that was apparently not guaranteed; second, there’s basically nobody left who hasn’t played; and third, the wild success off the Daft Punk tour proves an appearance at Coachella can re-launch a career. The booker for Coachella and a My Bloody Valentine representative both declined comment to Billboard.

Now legendary, the British-Irish combo (led by American-born Kevin Shields) had humble origins. They produced only two albums (1988’s Isn’t Anything and 1991’s Loveless, above) and were part of a tangential British genre: “shoegaze,” which, like most artistic movements, got its name from a mocking journalist, in this instance describing the bands’ tendencies to stare at their effects pedals rather than engage the audience. However, the second of those two albums exploded across the music world like a fuzzy pink bomb. Marrying the thick, distorted sound of The Jesus & Mary Chain to the abstraction and delicate beauty of the Cocteau Twins, Loveless was a revelation, but critical and popular acceptance took a few years, by which time the band had fallen apart. Shields, in his own words, went “crazy” and isolated himself, while the other members drifted away, and the band’s label, Creation records, was forced by financial problems into partnership with Sony, eventually dissolving.

In the meantime, Loveless has seemingly become all the more treasured as time goes by and a repeat performance seems less and less likely. Shields has emerged now and then, dropping hints about new material or a possible reunion. Whether the desert will swoon to the sounds of classic dream-pop next spring, we’ll have to wait and see.

Some videos from Loveless after the jump.

“To Here Knows When”