No phrase can make the heart sink quite like “singer-songwriter.” Patchouli seems to waft out from between the words along with all the most hippie-tastic implications of “folk music,” and a cue to set your self-indulgence force fields on maximum. While both Iron and Wine (aka Florida-based Sam Beam) and Argentinian-Swedish José González are beardy guys with guitars, they’ve transcended the stereotypes in very different ways: the former bringing in his buddies and aiming for an aural maximalism, the latter isolated in a kind of monkish self-denial. But both have made spectacular albums. 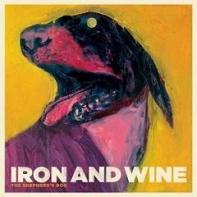 The Shepherd’s Dog, Iron and Wine’s third album, will immediately surprise anyone familiar only with Beam’s whispery cover of The Postal Service’s “Such Great Heights;” the first track, “Pagan Angel and a Borrowed Car,” with its jaunty beat and multi-part harmony, is already more New Pornographers than Nick Drake, although, like Drake, Beam’s delicate voice softens these songs, even when there’s a lot going on. It doesn’t take long for more musical influences to pop up: “Wolves” has a roots reggae feel that’s just this side of jam-band, again held in check by Beam’s soft-as-silk vocals. 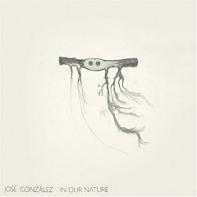 Critics talk about the Argentinian influence in Swedish-born José González’ work, but I’m not sure: his precise, almost repetitive guitar work and James Taylor- reminiscent voice express such a bleak world-view, it seems unfair to foist that on a whole country. In Our Nature, expressly concerned with, well, man’s inhumanity to man, doesn’t always avoid the pratfalls of political folk music: “How Low”‘s line, “invasion after invasion,” makes you cringe a little with its awkwardness. But at other times, the restrictive palette, enhanced by a stomp on the down-beat or a bongo slap, seems to explode into a thundering storm of emotion, made all the more powerful by its humble origins.

Both Iron & Wine and González owe debts to Nick Drake, who despite the lovely 2000 Volkswagen ad featuring “Pink Moon” remains criminally below the radar. While González aims towards a melancholy, electronica-covering update of Drake’s folky style, his barely-30-minute-long album seems more a collection of songs; Iron and Wine’s album (over 50% longer!) succeeds as such partially because of its surprising stylistic turns. In any event, after listening to both, I’m getting out Drake’s Bryter Layter for afternoon happy time coffee break listening. After all this tear-jerky music, somebody might want to just check on me later.