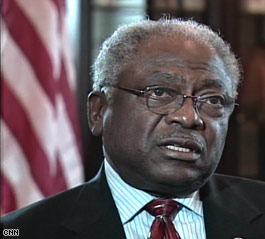 Before the New Hampshire primary, Hillary Clinton went on Fox News and responded to Barack Obama’s frequent invocations of Dr. Martin Luther King Jr. “Dr. King’s dream began to be realized when President Lyndon Johnson passed the Civil Rights Act of 1964,” she said. “It took a president to get it done.”

The message was clear: knowing how to work the levers of power is more valuable in getting stuff done than even the mightiest of speeches.

But slighting Dr. King is probably not the best way to make any political point. Maybe the biggest ramification is this: South Carolina Representative James Clyburn, the highest-ranking African-American in Congress and a veteran of the civil rights movement, appears poised to abandon the neutrality he has maintained throughout the presidential race and endorse Barack Obama.

“We have to be very, very careful about how we speak about that era in American politics,” Clyburn told the New York Times. “It is one thing to run a campaign and be respectful of everyone’s motives and actions, and it is something else to denigrate those. That bothered me a great deal.”

Clyburn is a heavyweight in South Carolina politics, and his endorsement could help solidify Obama’s support amongst the black community there. The black vote in South Carolina, as we’ve discussed, is not solidly in anyone’s camp at the moment, and if Obama can add that voting block to others that are on his side, he will have a very solid chance at the nomination. After all, if he could win Iowa and be competitive in New Hampshire, two states that are heavily white, imagine what he can do in places that are more diverse.

(And PS — Does Clinton really want to use the LBJ vs. MLK analogy? Who is going to say, “Well, I guess we could elect the Martin Luther King guy, but I’ll go with the Lyndon Johnson lady instead.” That’s crazy. Ain’t nobody getting a day off on LBJ’s birthday.)