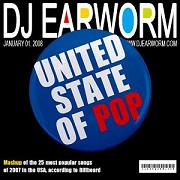 Talk about polishing turds. San Francisco producer DJ Earworm has done the seemingly impossible: he’s combined all of the Billboard Top 25-selling singles of the year into one, 4-minute mashup, and shockingly, it’s really pretty listenable. He calls it “United State of Pop,” and you can listen to it on his website here. He’s been getting a bit of blog press about it, but he’s my buddy so I get the first interview.

First up, why just the Top 25? Was #26 just too terrible? And how did you manage to combine all these songs?

I made a mashup a while back called “What’s my Name,” where I attempted to glue 22 songs together to give them some semblance of structure. I thought, wouldn’t it be cool to take a bunch of songs from a single year and mash them all up together, to make a sort of musical time capsule capturing the zeitgeist of the era. I’d use only the most identifiable hooks and riffs from the most popular hits, and try to keep them as short as possible, to pack them in. 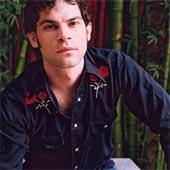 Looking at the Billboard charts, I realized that many of the tracks had acapellas available. Not only that, but half the songs were either in the same key or at least close enough to shift the pitch without making the vocals sound too weird. I threw the hooks from Maroon 5, Justin Timberlake, “Glamorous”, “Umbrella”, and “Fergalicious” all over the umbrella beat, and liked how it sounded. I started adding more and more vocals, until at some point I had most of the chart-toppers in a single mashup. At that point, it became a challenge, just to see if it could be done. I wanted a nice round number for presentation’s sake, so I added a few more songs to make it 25. For the hopelessly out-of-key tracks, I could often find short enough melodic snippets that the song would remain in key for at least two seconds.

What’s cool about your track is that it isn’t just a random collage, it’s got a “hook” and some organization to it. Is this part of the Earworm agenda?

I believe that a mashup should sound like an actual song, rather than a mini-megamix. To really get a piece of music into your head, it needs to have structure: Parts that repeat, parts that almost repeat, and parts that don’t repeat. I decided the initial combination of hooks would be my chorus, and then I set about filling in the rest. A normal pop song will have a verse/chorus/bridge structure, with the choruses being identical, the verses being fairly similar, and the bridge standing out as different. As long as the chorus keeps returning, the listener will get enough repetition to make the song stick, and hopefully the whole thing will sound like a single song.

People ask me this all the time so I’ll ask you: is there any song that’s so terrible you wouldn’t use it in one of your productions? Do you have a line you won’t cross?

It’s all about the end result. If you can re-arrange a piece of crap song into something nice, it doesn’t matter how bad it used to sound. That being said, I prefer to use music I like. United State of Pop had me playing the role of dispassionate observer, so I was forced to put Fergie’s “Big Girls Don’t Cry” somewhere in there. I just tried to use the least icky part of it.