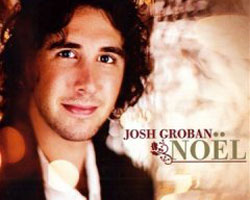 Nielson SoundScan‘s 2007 report on nationwide music sales forces me to ponder once again the following question: Do I have crappy taste in music, or does the rest of the country?

The most popular artists in this year’s report make music that A) Hurts me to listen to, or B) I would prefer listening to crying babies for hours on end than have to endure. Here are some examples:

Josh Groban‘s album Noel was the top selling album of the year. Groban’s performances of his soaring ballad “You Raise Me Up” on The Ellen DeGeneres Show and at a Superbowl NASA tribute gave me throbbing headaches. But more importantly, how does a holiday album sell the most copies of the year? Holiday albums are sappy, and tend to be re-hashings of songs we’ve all heard a cajillion times, for crying out loud. This is the first time in SoundScan’s history that a seasonal/holiday album suckered so many people since Kenny G’s Miracles: A Holiday Album achieved similar status in 1994. Don’t even get me started on Kenny G.

The Black Eyed Peas’ Fergie was the top selling digital artist this year. How did the woman who’s biggest contribution to the world was the song “My Humps” accomplish this feat? Of all the solo female artists out there, what is it about Fergie that people like so much? Personally, I can take all of about 10 seconds of her music before a large wince overcomes my face. I recognize that she’s breaking away from the shackles of a faux hip-hip band and getting all real and everything, but it’s a bad sign when a teenager’s living room performance of Fergie’s song “Big Girls Don’t Cry” is more interesting to me than the real thing.

Among the 10 top-selling artists of the entire SoundScan era (since 1991) are Garth Brooks, the Beatles, and Celine Dion; three of my least favorite names in music. Is it me, or has the music-loving populace gone completely mad?

Okay, so it is probably me, since I am, and have always been, a music snob. There, I admit it. Josh Groban telling me I raise him up really just bums me out. Hearing Fergie sing about crying makes me laugh. I hear Garth Brooks and am convinced that former country stars like Bob Wills are rolling in their graves. And I don’t think the Beatles make bad music, I just don’t like being told that I have to like them, just because they’re the Beatles. There’s no adventure in that. I think I’ll go nurse my curmudgeonliness with the new Eagles album, which was the third top-seller this year. Oh God, this is gonna hurt.