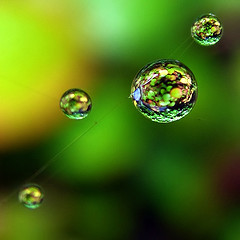 Great piece in the Christian Science Monitor on a worldwide greening business climate. Notably, clean technology investments are on the rise because going green is turning out to be good for the bottom line. Businesses are surveying CO2 footprints, purchasing greenhouse-gas credits, and hinging executive bonuses on environmental targets. Meanwhile, Florida now requires investment managers of state money to report on the potential effects of climate risk as part of their semiannual reviews. Influential California state employee and teacher pension funds, collectively managing $420 billion, are devising strategies tied to climate change and potentially pulling capital from ungreen businesses. From the CSM:

A new study by international consulting firm McKinsey finds that half the necessary cuts in greenhouse-gas emissions can be achieved at a net profit. The study shows that investment in energy efficiency of about $170 billion annually worldwide would yield a profit of about 17 percent, or $29 billion. The Financial Times reports: “Diana Farrell, director of the McKinsey Global Institute, said: ‘It shows just how much deadweight loss there is in the economy in energy use.’ She said the most inefficient sector was heavy industry in China, with the second residential housing in the US, where homes are large, poorly insulated.

“I am not a scientist,” [Leahy] said. “But I listen when the scientists say that, if we fail to mitigate climate change, the environmental, social, and economic consequences will be stark and severe… I am determined that Tesco should be a leader in helping to create a low-carbon economy. In saying this, I do not underestimate the task. It is to take an economy where human comfort, activity, and growth are inextricably linked with emitting carbon and to transform it into one which can only thrive without depending on carbon. This is a monumental challenge.” … Tesco sells nearly a quarter of the groceries bought in the United Kingdom, it possesses a growing share of the markets in Asia and Europe, and late last year the chain opened its first stores in America…. [Leahy] announced that Tesco would cut its energy use in half by 2010, drastically limit the number of products it transports by air, and place airplane symbols on the packaging of those which it does. More important, in an effort to help consumers understand the environmental impact of the choices they make every day, he told the forum that Tesco would develop a system of carbon labels and put them on each of its seventy thousand products.

Julia Whitty is Mother Jones’ environmental correspondent, lecturer, and 2008 winner of the John Burroughs Medal Award. You can read from her new book, The Fragile Edge, and other writings, here.