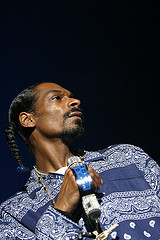 What I wanna do right here is go back: way back, back into time, to the early 1990s, and to a short-lived musical genre called “hip house.” Bridging the sonic and cultural gap between the up tempo 4/4 beats of house music clubs in Chicago and Detroit with the energy and lyrical flow of New York hip-hop, the hybrid genre was everywhere for a brief moment. Artists like Fast Eddie and Mr. Lee threw down the party jams, while bands like A Homeboy a Hippie and a Funky Dread and Genaside pushed musical boundaries. And don’t forget Technotronic! It seemed like the future, a musical genre that broke barriers of race and sexuality. So, what happened to it?

In the 90s, both dance music and hip-hop seemed to bounce back towards their own extremes: jungle, drum ‘n’ bass and “electronica” took dance floors to new frontiers of edgy sounds and hyper tempos, while hip-hop slowed down to the glacial speeds and minimal production values of crunk and the macho posturing of gangsta rap. Only in isolated environs like Baltimore and Miami did uptempo hip-hop subcultures survive, unheard by the majority of music fans. But lately, it’s almost as if dance music and hip-hop have both reached creative walls, and have rediscovered the other.

Much of this current cross-pollination can be ascribed to one producer: Timbaland, whose tracks somehow incorporate everything from Bhangra to trance while still remaining undeniably hip-hop. Timbaland’s 2007 hit, “The Way I Are,” uses a straight ahead 4/4 kick drum, and the floodgates for hip-hop with dance beats have since opened. Yin Yang Twins’ new single “Drop” features a booming 4/4 beat, as does Pitbull’s “The Anthem,” which samples a ’90s dance song almost in its entirety. Sean Kingston’s new release, “Take You There,” while technically using a freestyle beat, features stuttery synths and an almost electro feel. Freestyle, the originally Latin-inflected genre, uses only two kick drum beats per measure, on the one and the “two and,” and thus feels slightly less frenetic than the insistent 4/4 dance beat (think “Let the Music Play”). It has usually been more acceptable in hip-hop, but even freestyle beats have never been more prominent: Flo Rida’s “Low” has been the #1 song in the country since the year began, and even the master of laid-back West Coast style, Snoop Dogg, is on board with his new track “Sensual Seduction,” a fizzy little number on which Snoop even sings.

Does any of this mean anything? Is it just the eternal shifting of musical trends, or could it symbolize the softening of the “gangsta” culture, and a return to the optimistic, progressive hip-hop style of the ’80s, when artists looked to dance music like Chic and Kraftwerk for their beats and inspiration? It’s tempting to think so, but in the meantime, one thing’s for certain: hip-hop radio stations sound a lot different than they did even two years ago, and I for one kind of like it.