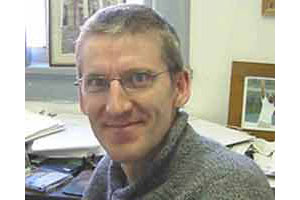 On Monday, the Pentagon announced that it has charged six Guantanamo detainees with involvement in the terror attacks of September 11, 2001. The infamous detention facility was also in the news last week when its top commander, Rear Admiral Mark Buzby, confirmed in an interview with the Associated Press that there is a secret area inside Guantanamo Bay known as Camp 7— where key al Qaeda suspects are housed. This announcement was not news to International Red Cross inspectors, who have toured the mysterious camp (but whose findings remain confidential), nor to the detainees’ attorneys. One of those attorneys is Clive Stafford Smith, who has represented 75 Guantanamo detainees. “There are so many things that come to light that are actually blindingly obvious all along,” he says. “And [Camp 7] is a good example….It’s yet another secret of that place leaking out.”

In fact, there are myriad secrets within the confines of the barbed-wire fences of Guantanamo. They remain hidden from the public’s view, but they are well known to those who have defended detainees there since the United States Supreme Court granted lawyers such access in 2004. The job of these defense attorneys is to expose the truth, about their clients, and about the detention center. “There’s [nothing] that you know about Guantanamo that hasn’t come out through the lawyers,” says Stafford Smith, 48, who travels to Cuba every two months, from his home outside London.

But this job becomes very difficult when those in charge are consistently changing the ways in which they describe what goes on at the prison. “The military is constantly making statements that are downright false because they’ve redefined the language,” explains Stafford Smith. “It is a way of looking people in the eye and lying, but having some pretense that you’re not.”

Nowhere is this issue more evident than in the situation surrounding some 60 juveniles who have been held at Guantanamo. In April 2003 then Joint Chiefs of Staff Chairman Gen. Richard B. Myers admitted that children as young as 13 were being held at the prison, but qualified, “They’re not on a Little League team anywhere. They’re on a major league team, and it’s a terrorist team.” After three juveniles were released from the camp in January of 2004, Pentagon spokesperson Lt. Commander Barbara Burfeind told the BBC, “We don’t plan on detaining juveniles at Guantanamo further,” but Stafford Smith calls Burfeind’s statement “absolute rubbish.” He should know; he represents two of the juveniles who are still being detained: Mohammed El Gharani, now 21, and Omar Khadr, 22,who have been in Guantanamo since they were minors. The military, Stafford Smith says, has simply changed the definition of the term “juvenile.” “In their minds…[it] means someone who is under the age of 16 today, whereas legally the term juvenile as recognized by the United States Supreme Court and every international body in the world means that you were under 18 [when] you committed whatever offense you [allegedly] committed.” 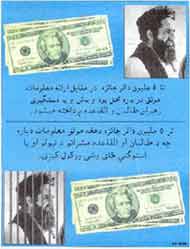 El Gharani was just 14 in 2001 when Pakistani authorities seized him and sold him to the United States for a bounty. Bounties like the one used to nab El Gharani are far from rare in the war on terror; in fact, they’re something that most Guantanamo detainees have in common. “Virtually everyone—well not everyone, but a large majority of the prisoners in Guantanamo—was sold to the United States for bounties,” says Stafford Smith. In the months after 9/11, bounty leaflets were publicly distributed throughout Pakistan. One read, “Get wealth and power beyond your dreams. Help the Anti-Taliban Forces rid Afghanistan of murderers and terrorists.” It worked. General Pervez Musharraf boasted in his 2006 memoir In the Line of Fire, “We have played cat and mouse with [al Qaeda]. We have captured 689 and handed over 369 to the United States. We have earned bounties totaling millions of dollars.” $5,000 is still the going rate for snitching on a suspected terrorist there. And this a hard incentive for many to pass up; based on Pakistan’s per-capita GDP this payoff is equivalent to $250,000 in the United States. “Look around and tell me who you would be prepared to snitch on for a quarter of a million dollars if all you had to do was say, ‘I saw him in Tora Bora,'” says Stafford Smith.

He continues, “And there’s a terrible inevitability to this cycle of torture once you begin down that route. Imagine I sell you out and I say I saw you at Tora Bora…You say I wasn’t in Tora Bora. But [United States officials] think you were so they start applying the enhanced interrogation techniques on you. It’s not very long before you say, ‘Alright I was in Tora Bora.’ But they didn’t think they were torturing an innocent person to get an innocent person to confess falsely; they thought you were guilty. So when you do confess, they think, ‘Ah ha, she’s guilty!’ And at that point you’ve got a one-way ticket to Guantanamo.”

Bounties are one of many strategies that yield unreliable results; as is subjecting mentally ill detainees to harsh interrogation techniques leading to false confessions. Another one of Stafford Smith’s clients, a Moroccan father of two who immigrated to England in the 1980’s, Ahmed Errachidi, was committed for bipolar disorder long before the war on terror began. But he too was sold by Pakistan to United States authorities and eventually flown to Guantanamo. Stafford Smith recounts, “They’re interrogating him and they ask him, ‘Are you a foot soldier for Bin Laden?’ Well he’s psychotic at the time, so he says ‘No, no I’m not a foot soldier for Bin Laden. I’m Bin Laden’s general.’ So they…announced publicly in the media that they had the general of al Qaeda—the leader of the military wing of al Qaeda.” Errachidi also told his interrogators that a large snowball would soon envelop the earth, but that wasn’t reported at any press conference. Last May, five years after he was seized, Errachidi was set free, when it was established that he was working as a cook at the Westbury Hotel in London at the time the United States government alleged he was training with al Qaeda in Afghanistan.

Other Guantanamo detainees aren’t mentally ill from the get-go—but they became that way during detainment. Binyam Mohamed, who was arrested in Pakistan on a visa violation and then turned over to United States authorities, has developed a habit of smearing feces onto the walls of his cell. Stafford Smith says it’s because he “suffered torture that really should have been left in the Middle Ages.” On July 21, 2002, nearly two years before being transported to Guantanamo, he was flown on a CIA plane to Morocco where his captors took a razor blade to his genitals. Now, officials at Guantanamo claim he soils his cell as an act of defiance, but Stafford Smith believes it’s the result of trauma. “Instead of treating him, they turn the water off in his cell as punishment which merely exacerbates the health problem. And the most recent thing they’ve done just last week is they’ve announced that if he doesn’t clean his cell up they’ll ban lawyers from visiting him.”

At a press conference in September of 2006, President Bush quoted a European delegate who, after visiting the facility, called it a “‘a model prison’ where people are treated better than in prisons in his own country.” But Stafford Smith couldn’t disagree more. “I have spent 24 years doing death penalty cases in the deep South. I’ve been to most of the worst prisons there and Guantanamo is worse than any death row in America,” he said. Since prisoners first arrived at Guantanamo on January 11, 2002, the International Red Cross has condemned the indefinite detention of prisoners there, and the United Nations has found that techniques used at Guantanamo “amount to degrading treatment in violation of the [Geneva Conventions]” and recommended that it be closed “without further delay.”

Just last month, Joint Chiefs of Staff Chairman Admiral Mike Mullen said it should be shut down because it’s damaging to the world’s opinion of the United States, yet 275 detainees remain there. Why, in the face of international scorn and persistent pressure, have the detainees not been released or moved to a prison in the United States? “Among the people in power, there is an awful lot of ignorance of not knowing what’s really happening there,” says Stafford Smith. “I think they really believe that the people in Guantanamo are all bad guys and they shouldn’t have any legal rights. I don’t think they’re just keeping Guantanamo there for the hell of it, I think they believe in it.”

But with 501 people released from Guantanamo so far, there have been no fewer than 501 mistakes—failures of policy, philosophy, and implementation. Of those 501 former detainees, 35 have been Stafford Smith’s clients, but he doesn’t attribute his success to the sympathetic nature of the cases he’s taken on—he doesn’t hand pick his clients. “It’s because the whole process is such a catastrophe,” he explains. “The success we have had is because the Bush administration has done terrible things and should never have done them. It’s a matter of justice winning out.”