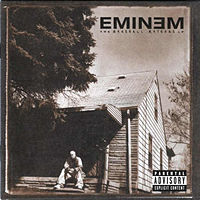 Via AllHipHop.com, it’s a study that appears to connect hip-hop to sexism, but not in the way you’d expect. Political science professors at North Carolina State University placed male and female students in three groups. One listened to Eminem’s “Kill You” (representing the “misogynist” team: “Slut, you think I won’t choke no whore/
’til the vocal cords don’t work in her throat no more?”), the second listened to the Beastie Boys’ “Sabotage” (representing absence of misogyny: “I’m-a set it straight, this Watergate”) and the third group “was not exposed to rap music.” So did they play them Josh Groban, or just sit them in a quiet room? It doesn’t say. Anyway, the study concluded that hip-hop music made people more sexist, no matter what the lyrics were about:

Men in the first group, exposed to overtly sexist Hip-Hop lyrics, via Eminem’s “Kill You,” and the second group, exposed to Beastie Boys’ “Sabotage,” a song without any misogynistic lyrics, expressed stronger sexist attitudes after exposure to the music than those in the control group, which was not exposed to rap music at all. “It’s like hearing the word ‘chocolate’ and suddenly having a craving for a candy bar,” said [researcher] Dr. Michael Cobb. “Sexism is embedded in the culture we live in and hearing rap music can spontaneously activate pre-existing awareness of sexist beliefs. Rap music, fairly or unfairly, has become associated with misogyny, and even minimal exposure to it can automatically activate these mental associations and increase their application, at least temporarily. … In the absence of explicitly sexist language, the negative associations with rap music are still being primed,” explains Cobb. “In this case, however, the receiver is unaware that this process is taking place and therefore to inhibit their reactions. When women listened to Eminem, however, the blatant misogyny is startling to them and it triggers a more careful interpretation and rejection of the premises in the song. Males, who are not the targets, are not as motivated to recognize the mechanisms at work.”

So they’re saying that even female-appreciating (or, uh, ignoring) hip-hop raises sexist attitudes because it reminds you of all the other misogynist hip-hop? Can I even say “hip-hop”? Yikes. Even though the artists they’re using are, coincidentally enough, lily-white, and the researchers said the study proved “rap does not cause sexism,” there’s something creepy about the conclusion: hip-hop just sounds kinda sexist. It makes me wonder if anti-hip-hop campaigns will now focus on the music, not the lyrics; it’ll be just like that old anti-rave “No Repetitive Beats” law! And, conversely, how much dreamy folk music and wonky indie rock is masking vile sexism behind its apparently innocuous musical facade? We need more studies!