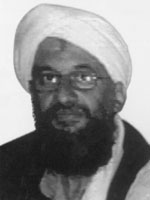 Ayman al-Zawahiri—technically Al Qaeda’s second-in-command, but widely considered among terrorism analysts to have eclipsed Osama Bin Laden in his influence—began his career as an Islamic militant in the early 1980s as an organizer and recruiter for Egypt’s Islamic Jihad, at the time an upstart group that focused primarily on fostering domestic mayhem. Jailed after the group’s 1981 assassination of Egyptian President Anwar Sadat, al-Zawahiri’s Islamist credentials were burnished under torture by Egyptian authorities while his close-quarters prison association with other influential militants, the core of which formed a sort of Islamic fundamentalist think tank, raised his profile as an emerging jihadist leader. After a period of exile, which included the usual stint fighting the Soviets in Afghanistan, al-Zawahiri rose to command a reconstituted version of his old affiliation, the Egyptian Islamic Jihad, which officially merged with Al Qaeda in 1998.

Such a distinguished background (from a terrorist perspective, at least) placed al-Zawahiri in a position to expound his politics from a high perch—which he did in his December 2001 e-book, Knights Under the Prophet’s Banner, presumably written by torchlight in an Afghan cave while American bombs rained outside. Since then, his steady stream of video and audio propaganda has formed the ideological frame for Al Qaeda’s violence.

Al-Zawahiri’s newest work comes in the form of another e-book, published yesterday by al-Sahab, Al Qaeda’s propaganda arm. Titled Exonerations, the 212-page screed laments the recent philosophical “revisions” made by some of al-Zawahiri’s fellow militants and accuses them of turning their backs on jihad. “It serves the interests of the Crusader-Zionist alliance with Arab leaders to drug the mujahideen and drag them away from the confrontation,” he writes. At issue is the growing sentiment among some of al-Zawahiri’s fellow travelers that violence goes against Islamic law. From the Associated Press:

The most recent renunciation came in 2007 from Sayed Imam, who was once a top leader in Egypt’s Islamic Jihad group and an associate of al-Zawahri. Imam’s writings in the 1980s laying an Islamic legal basis for violent action against “infidel” regimes, were highly influential among al-Qaida militants. But his “revisions” argue that such violence is banned under Islamic law.

Imam followed in the footsteps of other jailed thinkers over the years from Egypt’s radical groups that once fought a bloody guerrilla war against the state that resulted in over a thousand deaths and the imprisonment of tens of thousands but now condemn armed struggle.

Experts on Islamist movements say that these revisions could rob militant groups like al-Qaida of the entire ideological basis for their violent actions.