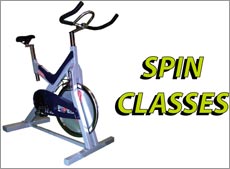 The conference call spin war continues. Mark Penn kicked the day off on a Clinton campaign conference call with reporters by saying that Clinton’s renewed focus on national security, the Austan Goolsbee affair (also known as NAFTA-gate), and the Rezko trial opening today in Chicago are combining to create a “tipping point and change in the momentum” in the race for the Democratic nomination.

“NAFTA-gate” is the Clinton campaign’s name for this bizarre saga that began when Canadian television reported a senior economic adviser to Barack Obama named Austan Goolsbee met with Canadian officials to assure them that Obama is not as protectionist on trade as his campaign rhetoric suggests. The Obama campaign and the Canadian government both denied the meeting occurred, but a memo proving the meeting was leaked (presumably by someone in the Canadian government) to the American press.

Howard Wolfson, Clinton’s communications director, read a series of quotes from Obama campaign members in which they denied in no uncertain terms that the meeting ever took place. Now that the campaign is admitting the meeting took place but insisting that Goolsbee’s comments on NAFTA are being misrepresented, said Wolfson, “why should we trust or believe them now?”

The Clinton campaign, probably sounding more assertive and confident than they have on any call in the recent past, also hammered Rezko-gate. The campaign helpfully distributed a memo with all the questions journalists ought to ask the Obama campaign about Obama’s relationship with disgraced real estate developer Antoin “Tony” Rezko. “How many times did Senator Obama visit Tony Rezko’s house? What was the purpose of these visits?” asked the memo. “Did Sen. Obama intercede on behalf of Mr. Rezko in any governmental capacity?” The implication was clear: Obama is a dangerous choice; he has not been fully vetted.

The truth is that investigations of the Rezko situation by the press has not turned up anything other than the fact that Rezko, who is definitely a sleazeball, helped Obama expand the plot of land on which his house in Chicago sits. Obama has called the fact that he entered into a business transaction with Rezko “bone-headed,” but insists that nothing illegal occurred. Rezko’s indictment did not mention Obama, but his trial, which begins today in Chicago, holds the possibility of embarrassment for Obama.

The Clinton camp refused to brook any discussion of Clinton dropping out if she lost Ohio and Texas. But her representatives on the call did back off earlier claims that Clinton would be tied with Obama in the delegate count after tomorrow’s primaries. They said instead that “Senator’s Obama’s momentum will be seriously blunted.” One report in the press suggests the campaign may last until April 22, at the least. From the NYT:

Mrs. Clinton herself has privately told advisers that she has a hard time imagining ending her campaign if she wins Ohio and narrowly loses Texas, given that she has money in the bank and that she believes she would have an edge in the next big vote, Pennsylvania on April 22, because its demographics are similar to Ohio’s.

The Obama campaign held its own conference call two hours later to try and swat down some of these allegations. Campaign manager David Plouffe began by saying that he expects tomorrow’s results will create “no big delegate shift one way or another,” and that more of the status quo essentially means it is time for Clinton to exit the race. “They keep trying to move the goalposts,” said Plouffe, “but at some point you run out of field.”

When NAFTA came up, Plouffe said that Goolsbee’s meeting with Canadian officials was “essentially a tour” of the Canadian consulate in Chicago, and that he was “approached not as member of our campaign, but as a University of Chicago professor.” Goolsbee had a “casual conversation,” Plouffe insisted, “not a formal meeting of any sort between our campaign and a foreign government.”

Of course, these comments do not answer the question of why a senior member of a presidential campaign would think that he could have “casual conversation” with a representative of a foreign government about a front-and-center policy issue without knowing it would be treated seriously. Nor do they explain why the same senior member thought he could divorce himself from his campaign role just days before a major primary, or why a University of Chicago professor needed a tour of a local Canadian consulate in the first place.

But before these questions could be considered, Plouffe pivoted to an article in the NY Sun that he said seriously called into question Senator Clinton’s commitment to ending the war. In the article, retired four-star general Jack Keane, who is not an adviser to Clinton’s campaign, is quoted as saying Clinton “would not act irresponsibly and issue orders to conduct an immediate withdrawal from Iraq, regardless of the consequences, and squander the gains that have been made.” In response, the Clinton campaign said the Senator “speaks for herself.” Clinton claims that she will begin withdrawing troops in the first 60 days of her presidency.

Before further questions could be asked about Keane’s statement, and before questions about Rezko and his trial could be seriously discussed, the call was cut off, thus preventing the Obama campaign from taking a serious beating on one of its toughest press days of the primary season.