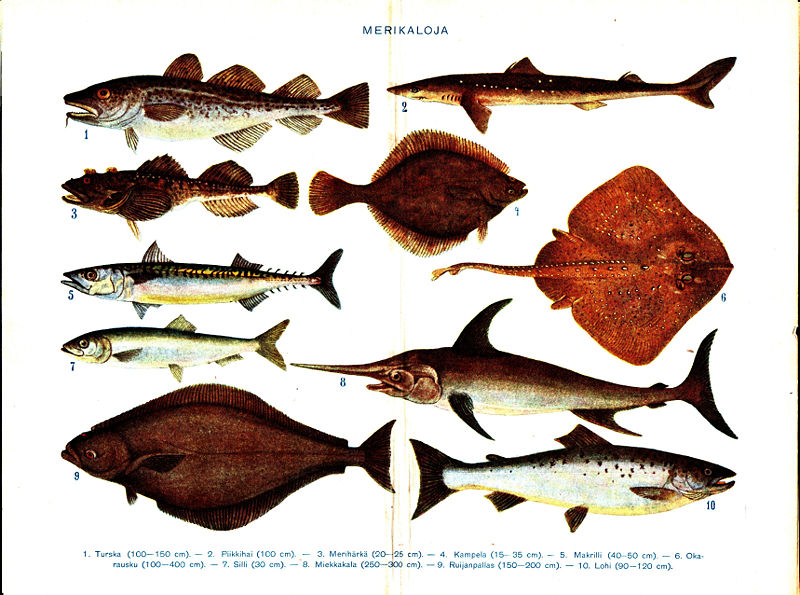 Fishing provokes volatile fluctuations in the targeted populations, though no one really knows why or how. Until now. Researchers from Scripps Institution of Oceanography have found that current methods of fishing decapitate the “age pyramid:” lopping off the few large, older fish who make up the top of the pyramid and leaving a broad base of faster growing small fish. This rapidly growing base is unstable, a finding with profound implications for fisheries management. The reason being that even though fishing typically extracts the larger members, fishing regulations often impose minimum size limits to protect the younger fishes.

For example: Imagine a container of water with one 500-pound fish. With food, it grows a little bigger. Without food it gets a bit smaller. Imagine the same container with 500 one-pound fish. They eat, reproduce and the resulting thousands of fish boom, quickly outstripping the resources and the population crashes. These many smaller fish—with the same initial biomass as the larger fish—can’t average out the environmental fluctuations, and in fact amplify them through higher turnover rates that promote boom and bust cycles.

“The type of regulation which we see in many sport fisheries is exactly wrong,” said George Sugihara of Scripps. “It’s not the young ones that should be thrown back, but the larger, older fish that should be spared. Not only do the older fish provide stability and capacitance to the population, they provide more and better quality offspring.” These more valuable (to the ecosystem) older fish are what some researchers have called the BOFFFs: the big old fat female fish.

The danger is that current policies manage according to current biomass targets, ignoring fish size. The resulting population instability could, in theory, propagate systemically to the whole ecosystem—a domino effect eventually affecting fishermen too. This is especially true when trying to rebuild fish stocks. Which is the case with Atlantic swordfish. Industry pressures to resume fishing are based on the restoration of historic biomass levels, even though the swordfish are clearly undersized. The study results are published in the journal Nature.

Julia Whitty is Mother Jones’ environmental correspondent, lecturer, and 2008 winner of the Kiriyama Prize and the John Burroughs Medal Award. You can read from her new book, The Fragile Edge, and other writings, here.