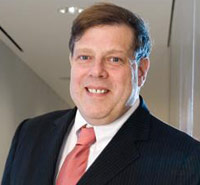 The Austen Goolsbee affair, in which Barack Obama’s top economics adviser told Canadian government officials (with a disputed degree of seriousness) that Obama’s anti-NAFTA rhetoric isn’t to be taken seriously, was used by the Clinton campaign every single day before the Ohio and Texas primaries — chief strategist Mark Penn and communications director Howard Wolfson told reporters on literally dozens of conference calls that the incident called into question Obama’s credibility, honesty, and progressive bona fides on economic policy.

So one has to wonder what Mark Penn was thinking when one hears that Penn, the CEO of PR giant Burson-Marsteller Worldwide in addition to his job with the Clinton campaign, met with the Colombian ambassador to discuss how to secure congressional approval for a bi-lateral trade agreement that Columbia supports and Hillary Clinton vocally opposes. According to the Justice Department, the Columbian government has paid Penn’s firm $300,000 to lobby for Columbia’s point of view and to secure $5 billion for the war on drugs program known as Plan Colombia.

When news of the meeting went public, Penn was immediate contrite, saying in a written statement, “The meeting was an error in judgment that will not be repeated and I am sorry for it. The senator’s well-known opposition to this trade deal is clear and was not discussed.”

Burson-Marsteller is problematic, from a progressive point of view. It has lobbied for tobacco companies and helped corporate clients bust unions. Having the head of such a company run a Democratic campaign seemed odd to many; this last episode has pushed at least one member of the progressive community over the edge. The head of the labor coalition Change to Win has called for Penn’s removal. “It’s time for Senator Hillary Clinton to send her vaunted ‘chief strategist’ Mark Penn packing — back to his job consulting for union busting corporations and anti-labor governments for good,” said Greg Tarpinian in a statement released today. Change to Win has endorsed Obama.

The Clinton campaign knows this will likely create trouble for their candidate in trade-sensitive Pennsylvania. The well-connected Marc Ambinder went hunting for a comment and came away saying this:

I’ve asked several Clinton aides and advisers for their reaction. Some declined to comment. Others responded with pejoratives, but since I don’t print anonymous pejoratives as a policy, I will refrain from sharing them….

One of the toughest tasks for a political journalist these days is to try and find someone in Clinton world who is willing to defend Mr. Penn or his sense of political optics.

This was, quite simply, a brain dead move by Penn. It will likely reanimate all of the arguments about whether or not Clinton is really a critic of NAFTA at heart, and if so, for how long.

But Penn has worked for the Clintons for over 10 years and ran Hillary Clinton’s 2000 and 2006 senate campaigns. He may keep his job simply because Hillary’s presidential campaign can’t be run without him.